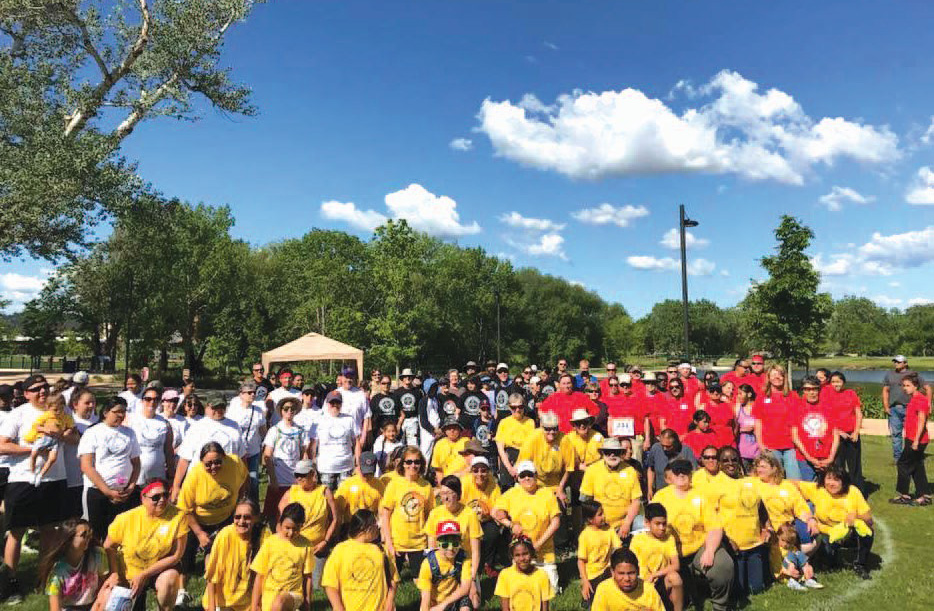 RAPID CITY –– Two years ago, when the Rapid City community became embroiled in controversy created by a racial incident at a Rush Hockey game at the Rushmore Plaza Civic Center, community members of conscience stepped up to the plate and worked toward unity.

To Chas Jewett, a member of the Cheyenne River Sioux Tribe, the incident, in which Indian children were subjected to a drunken spectators rants and raves and then spilled beer on them, was unacceptable, and she set out to transform the community. 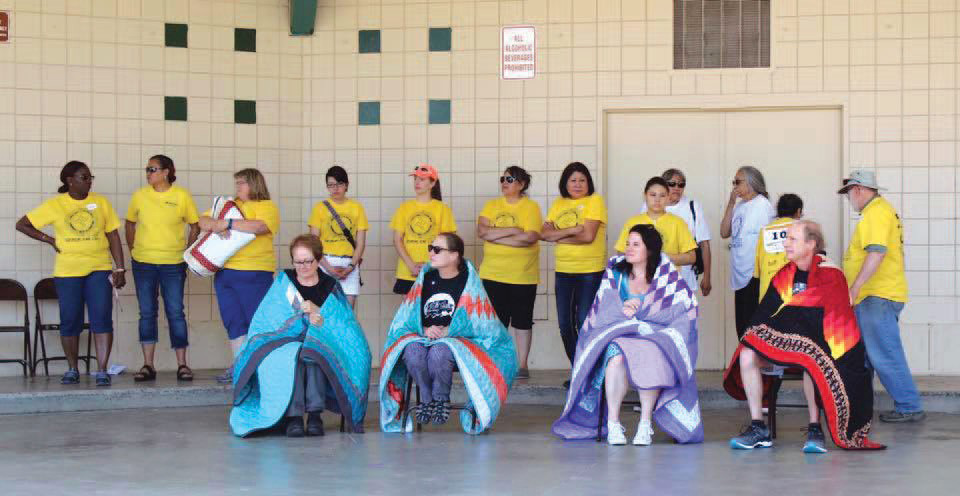 She organized conversations between the races and for the last two years hundreds of community members have been meeting and working out their differences. Rapid City Community Conversations, the name of the organization, works to combat institutional and individual racism through conversations focused on relationship building and shared values through innovative measures.

This past weekend, Jewett’s efforts were evident as hundreds of community members united to participate in the second annual Community Conversations 4 Directions 5K Run/Walk Community Unity Celebration in Memorial Park.

Advocates of unity gathered early Saturday morning and created a zoetic medicine wheel, wearing black, yellow, red and white T-shirts in representation of the four direction colors, before they set out on their 5K trek through downtown Rapid City.

Their trek brought them full circle, back to Memorial Park where they gathered for a ceremony that awarded four community members and one community organization, who contributed their time, energy and resources as healers and transformers, with the 2017 Community Innovator Award.

The ceremony began with Rapid City Mayor Steve Allender reading a declaration that made Saturday, May 4, 2017, Community Unity Day.

Following Allender’s declaration, Pat Zent, who provides breakfast every Sunday morning in Roosevelt Park, Jane Murphy, who has been with Community Conversations from the beginning, Heather Dawn Thompson, for her work with the Rapid City Indian School lands, Roger Heacock, President and CEO of Black Hills Federal Credit Union and Whitney Rencountre, for his contributions as a Water Protector in the Dakota Access Pipeline controversy, were each given a plaque as recipients of the 2017 Community Innovator Awards.

Honorees where then gifted with beautifully handcrafted star quilts as tokens of gratitude for their contributions toward making Rapid City a better place to live for everyone.

“I believe this honor was a culmination of several things,” said Heacock. “We support many organizations and causes in the community with an emphasis on financial education.”

Donna Fischer of Black Hills Federal Credit Union shared that BHFCU serves more than 66,000 members, many of them Lakota. Of the 14 locations across South Dakota, one of them is on the Cheyenne River Indian Reservation.

“In 2014 we opened a member service center located on the Cheyenne River Indian Reservation. We recognized that many adults had never used financial services because of lack of access,” Fischer said. “Through education and guidance, BHFCU offers many reservation residents a chance to get started on a healthier financial path.”

She said when the Eagle Butte branch first opened there were 242 members, which has now grown to 1,200 members. She also said in the first year of operation CRST members made $42,000 in loans and last year that number had grown to over $5 million in loans.

With several other financial service providers they have also mentored the establishment of a tribally-owned credit union on the Pine Ridge Indian Reservation she said.

Murphy, who is the partner of Dale Lamphere, the artist who created “Dignity- Of Earth and Sky” a soaring sculpture of a Native woman draped in a star quilt embellished with the colors of the water and sky and stands on a bluff high above the Missouri River in Chamberlain, said she was with Community Conversations from the beginning.

“Two years ago, Chas asked me to go to a meeting. I was on the organizing team and have been with them ever since,” Murphy said. “You are an amazing crew. Thank you for all the work and fun.”

Jewett said they also honored Thompson as a Community Innovator of 2017 for the contribution she’s made in investigating the story behind what happened to the Rapid City Indian Boarding School lands, that once encompassed acreage spanning from Mountain View Road to the Cleghorn Fish Hatchery and Whitney Rencountre for being onsite at Standing Rock as a Water Protector against the Dakota Access Pipeline.

Also honored was Pat Zent for her remarkable work in feeding the homeless every Sunday in Roosevelt Park in spite of many obstacles.

“She feeds the people a picnic every Sunday morning and sometimes the police harass the homeless people, but she just deals with it,” Jewett said. “She is one of those people who believe this is her church, feeding the homeless every week.”

Of all five 2017 Community Innovator recipients Jewett said, “They are the best of the best and I love each of them so much. I am really proud of them for stepping up every day to make this community one we can be proud of. Transformation is hard work, we are happy to honor them.”

Following the awards ceremony was a luncheon hosted by Community Conversations. On the menu were submarine sandwiches from Jimmy Johns, Eileen’s Colossal Cookies, chips and beverages.

“Without everyone, it would not have been such a wonderful day and success!” Grunze-Swanson said.