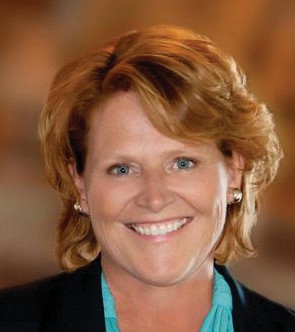 WASHINGTON — U.S. Senator Heidi Heitkamp pressed key federal leaders on the many challenges the 2020 Census faces, including testing and reporting in rural and tribal areas as well as a lack of trust in the ability of the federal government to keep personal information safe.

With budget uncertainty and increased cost projections, canceled tests, and no Senate-confirmed Director or Deputy Director, the ability for the U.S. Census Bureau to operate efficiently and effectively is in jeopardy.

During a hearing in the U.S. Senate Committee on Homeland Security and Governmental Affairs, Heitkamp – who serves as a subcommittee ranking member – drew the attention of U.S. Secretary of Commerce Wilbur Ross, as well as leaders from the U.S. Census Bureau and U.S. Government Accountability Office, to the recently canceled Census tests in Indian Country. These tests would have provided the Census Bureau with the information they needed to improve how the agency works with tribal communities and ensure an accurate count at Standing Rock Reservation, and reservations across the nation. The fact that no such testing on a tribal reservation occurred in America points to an organization that is ill- prepared to face the full span of challenges that exist in Indian Country – many of which are also found in rural communities.

“Too often, tribal communities exist in a blind spot for the federal government, and I worry the 2020 Census could be another example, “said Heitkamp. “Here’s where we are now: Census canceled a needed test on Standing Rock last year and doesn’t have any plans for tests in Indian Country or rural areas which would enable the Census Bureau do a better job assessing the needs in these communities for housing, job training, social services, and much more. Instead, they’re being left out again. It’s clear that with no confirmed director, and growing budgetary problems, the Census Bureau, as it exists today, is woefully unprepared – and that’s unacceptable. Without a clear view and accurate count of rural America and Indian Country, the federal government will not be able to address and alleviate the challenges we face in the heartland.”

Heitkamp has long stressed the importance of the Census and tribes working together to break down barriers for people living on tribal lands in North Dakota and around the country, and to make sure Native populations are appropriately represented at all levels of government. At Heitkamp’s urging, U.S. Census Director John Thompson visited North Dakota in 2014 during which he met with Native American leaders about the importance of accurate population counts and how Census data is used to distribute federal, tribal, state, and local government funds. Thompson returned to the state in February 2016 to participate in the Tribal Consultation Meeting held at Sitting Bull College.

Shortly after the U.S. Census Bureau’s announcement in April 2016 that it would conduct a Census Test on the Standing Rock Reservation – one of just two tests nationwide in Indian Country in 2017 in preparation for the 2020 Census – the test was canceled, leaving a gaping hole in the federal government’s preparations to address challenges of an accurate Census count on reservations and in the region.

Native Americans are often under-represented in Census data, which can reduce the amount of federal support that tribal communities receive. With more accurate measurements, tribes would have access to the necessary federal support for housing programs, job training, social services, and many other programs they are guaranteed under law.

As a leader on the U.S. Senate Committee on Homeland Security & Governmental Affairs, which oversees the Census, Heitkamp has fought to make sure the Census works for North Dakota and Indian tribes. Heitkamp also sits on the U.S. Senate Committee on Indian Affairs, where she has fought to guarantee Indian communities have access to quality homes, schools, and health care. Heitkamp has advocated that all communities are counted accurately by also drawing attention to the enormous population growth in western North Dakota.

A national Census takes place every 10 years. The data gathered through the Census informs the levels of federal funding that North Dakota and other states receive for transportation infrastructure, education, medical assistance, and many other essential programs. According to 2014 Census data, at the height of the oil boom North Dakota was the fastest growing state in the nation.