A brief history of thinking 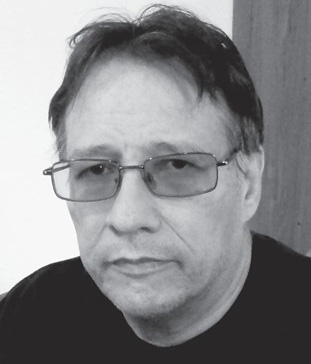 Some years back a Rapid City car dealership had a deal-you-won’t-believe fire sale. People showed up before roosters crowed and picked out a vehicle worth thousands of dollars, all being cleared from inventory for hundreds of dollars.

Unfortunately I got there late having had to drive down from Belle Fourche, and all the great deals were taken, and people were standing next to the vehicle of choice, making sure somebody else didn’t claim it as their vehicle of choice. One guy, sitting on the hood of his choice, caught my eye, and it was an epiphany for me— his behavior was a profound expression of far more than getting a great car deal. His arms were crossed tight, and his face hard with resolve: “This is my car, ain’t nobody better think they can make it their car.”

I realized this was how the man thought, about everything. I then realized something even more alarming. This man didn’t actually know how to think, not if you count reason and logic as thinking.

He only knew how to rationalize.

On any given day, concrete problems abound, at home, on the road, at school, at work, at church, and to solve those problems, abstract reasoning is never necessary. Rationalizing works exactly like critical thinking when it comes to solving most problems you will face on a given day. But, a mind effective at concrete problem solving, even educated and experienced enough to be entrusted with supervisory responsibilities, when faced with abstract problems, that can’t be solved by turning a wrench, or adjusting a knob, or flipping off switches, pours on the industrial strength concrete anyway.

You wonder why bureaucrats make such mind numbingly foolish decisions?—this is why.

How did things get this way? If you have a hundred people, ten will be good basketball players, any Class B high school proves that, but only one of those hundred will be capable of ingenious abstract thinking, and that is probably being charitable. It’s probably more like one in 500.

If smart is so special, then why are most people decidedly not all that smart? Shouldn’t smart people have formed an alliance and taken over the planet from stupid people? That brings me to my theory, which I arrived at after thinking about the guy sitting on the car hood.

Back in the ancestral environment where humanity evolved, abstract thinking wasn’t necessary. Concrete thinking was. You didn’t care if a deer and a tiger were both mammals, an abstract association; you cared that one was food, and the other was a threat, concrete realities.

Evolution works this way—beneficial traits survive in more competitive phenotypes (the physical expression of the genotype or genetic programming, in other words, the face you look at in the mirror every morning). Traits that don’t benefit the phenotype, maybe even hurt the phenotype, are dead weight that competition selects against, meaning those critters tend to die before they can reproduce, and so that trait, in this case, abstract intelligence, never becomes common.

For almost two hundred thousand years, modern humans hardly changed at all, but about 50,000 years ago abstract thinkers were able to start making improved tools. By 16,000 years ago, they were ready to invent the plow, build up food reserves, which allowed cities to spring up. The weather cycle aided in this, as we are currently in a mild weather window, but this appears to be a contributive factor to human advancement, not the determinative factor.

Athenian geniuses like Socrates, Aristotle and Plato contributed greatly to the human condition, but it was the sword of Sparta that crushed Athens, and decided everything in the end.

There are not enough smart people on this planet, even when you look at the families which produced a genius, most never have produced another.

When faced with ideas or notions he can’t accept, the man on the hood of the car, crosses his arms and marks off his territory. It’s called cognitive dissonance. He will not allow threatening ideas to alter his perception, he digs in his heels, doubles down on every assertion, and is pretty much impervious to reasoned correction.

Multiply him times a couple hundred million, and you can see why this country has its share of problems.

In the meantime, we can all do our part to comprehend the fundamental difference between concrete and abstract thinking. Concrete thinking tackles abstract problems by rationalizing. We can interact with our world on a concrete basis, but if we process everything in the concrete, we can never grow or change. We are stuck projecting the perceptions of our ancestors, and this is a prison, not a sanctuary.