A gesture of kindness that shuttered the loud noise 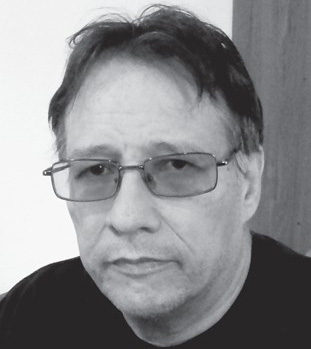 Eyeball the spectators at any sporting event, and you’ll find lots of people asleep. They are not necessarily bored with what they are watching, as they are tuckered out and forgot their five-hour energy drink. One thing nodding off produces, is a whole bunch of relaxing quiet.

I prefer sleeping old codgers to the loud, aggressive fans who yell and pound things after every play. Nothing wrong with caring who wins, but I learned with my own kids, your input, no matter how forceful or subtle, has almost zero influence on outcome.

Cheer when things go right, and groan supportively when things go wrong. If you must say something, make sure it is something hilarious that gives the crowd a good laugh, something even the sportswriter present will write into his coverage. That’s about as polite a way as I can ask such folks to please occasionally find a way to shut your pie hole.

Cheering when someone misses a free throw is acceptable, if you are a kid in your school rooting section. If you are an adult, time to learn some respect and manners. Opposing players booed for playing well is something that rarely happens, but when it does, as long as it is not racist or bigoted, it is part of the game and you just have to accept it.

One of my favorite noises happens in a baseball dugout. Love it when the kids work as hard at commenting on every play as they do on playing the game itself. A quiet kid sitting by himself working his cellphone is not a team player. Kids having a good time cutting loose on every play are paying attention to every play.

One of my least favorite noises drowns out my very favorite noise. Nothing I want to hear more than what a coach and players share in a huddle, but here comes the blaring music they switch on every single time there is a lull in the action, so loud you can’t even talk to the person sitting next to you without shouting in their face. If you have to play this music, please turn it down so people can talk to each other.

People have reasons for attending games that have nothing to do with the games, like maybe they came to hear the band or watch the cheerleaders shake pom-poms. In high school I went with friends to the RC Central v RC Stevens football game and I was the only one who sat and watched the football game. They thought I was crazy. People were more excited about security looking for a kid who had peed in the bathroom sink.

Loud and quiet don’t have to be diametric. Sometimes they come together in a perfect union that exemplifies what sport is all about. There was a Special Olympics basketball game in North Dakota some years back, and the Fort Yates player stumbled and lost the ball, right into the hands of the Bismarck defender. The defender tucked the ball under his arm, reached out, and helped the Fort Yates player to his feet — then handed him back the basketball. There was an awkward silence, and even that loud guy that pounds everything, that calls the referees stupid and the opposing players cheaters, even that guy said nothing, until he, along with almost every person in that gymnasium, stood up and gave that Bismarck boy a standing ovation.