A grandma’s letter that turned my life around

Life lessons seek you out in the strangest places 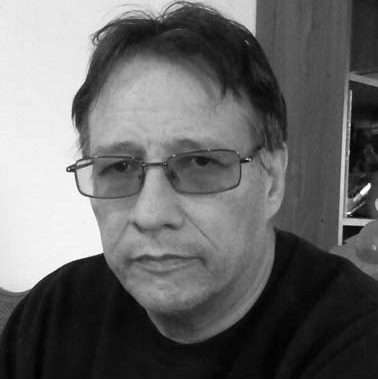 Time to dredge up my two favorite childhood topics— cartoons and comic books. Well, there was baseball, too, but Mickey Mantle’s legs went bad, and my hero Roberto Clemente died in a plane crash flying humanitarian aide to earthquake ravaged Nicaragua, so the baseball of a couple generations back doesn’t produce great memories.

Kids still love cartoons and comic books, but their relationship to these two loves has fundamentally changed from my time. Cartoons today can be accessed from a dozen different outlets, 24 hours a day, on giant, flat-screen TVs, and there are shops devoted to nothing but comics and graphic novels, where you can spend an entire day browsing and get maybe halfway through their inventory.

Discretionary income was not something kids used to throw around much. Back then a big allowance, if you even got an allowance, was maybe 50 cents. Families now routinely devote triple digit dollars to children’s entertainment agendas. In old Rapid City, before the 1972 flood, we had two TV stations, and KRSD didn’t really count, because the picture quality was so bad most of the time you just watched KOTA, and the local commercials on KOTA were so bad, most of the time you just winced. KOTA was the CBS affiliate, KRSD was the NBC affiliate, and the two divvied up the ABC programming. Each network offered a lineup of Saturday morning cartoons, starting at the crack of dawn and running until noon.

In early September all of the new programming premiered, especially Saturday morning cartoons, and it was a big deal, kids talked about it at school, because that was all there was for cartoons. Your parents had trouble getting you up for school, but no trouble getting you up for Saturday morning cartoons. You parked in front of the TV, wrapped in a blanket, while it was still black outside, watching nothing but the test pattern… waiting…waiting…

It didn’t matter what the cartoon was. Like, when I asked my son once if a cartoon he was watching was any good: “Of course, it’s good, Dad—it’s a cartoon.”

You watched all the cartoons, until your mom started up the vacuum cleaner and ran all the kids outside to play. Thing was, since ABC had no affiliate in Rapid City, their cartoons could not all fit on the Saturday morning schedule. They were run on weekdays, just after school, two half hour programs, which ran from 3:30 to 4:30 in the afternoon. So, you raced home from school, trying not to miss more than ten minutes of the first cartoon.

Even a measly quarter was tough to come by in those days. Sometimes my dad, Shorty Davies, would come home from work covered with paint speckles and smelling like BO, and he would hold change in his clenched fist, and we would wrestle him for it. He could have held us at bay indefinitely, but at some point he would relent and let each kid dig a coin from his hand. The hope was it would always be enough to buy a comic book.

Mostly, it wasn’t. I did whatever I could to get my hands on comic books. Eventually, my friend Bryan took matters into his own hands. He said, let’s steal mail from mailboxes. At first, we got nothing, we would take a handful of letters to a safe place between parked cars in a back parking lot, and open them up, and the final time we did this, five dollars fell out of a letter from a gramma to her granddaughter.

We bought a stack of comics and some pop and candy bars and sat under a shade tree like a couple of lords on the hill.

But that night before I got in bed, I was getting into my pajamas, and I found an envelope in my back pocket. It was the letter from the gramma to her granddaughter. I went downstairs, got a flashlight, came back up, and read it. When I was done, I put the letter back in the envelope, put the letter in the trash can, got into bed, and started crying.

Something in the gramma’s words to the little girl she loved has stayed with me forever. I realized no person I knew would ever write me such a letter. You wonder where a sense of social justice, of empathy and compassion comes from. You would think being raised in a Lakota ghetto on welfare and food stamps would have been enough to make me understand poverty and compassion, but it had turned me into a predator at the age of eleven.

Until that day, that is, until after reading that letter.

From that day on, I have never been able to keep quiet when people around me are being mistreated. I always speak up, and it has cost me more than one job. That letter didn’t make me a better person, but it reminded me I was not a thief, or a liar, and I wish I had saved that letter, because to reread it now and then, would remind me of who I could have been, remind me that people have a choice, and when you choose to be a criminal, who mistreats even the people you love, when you chose the scumbag option, that choice is always on you.