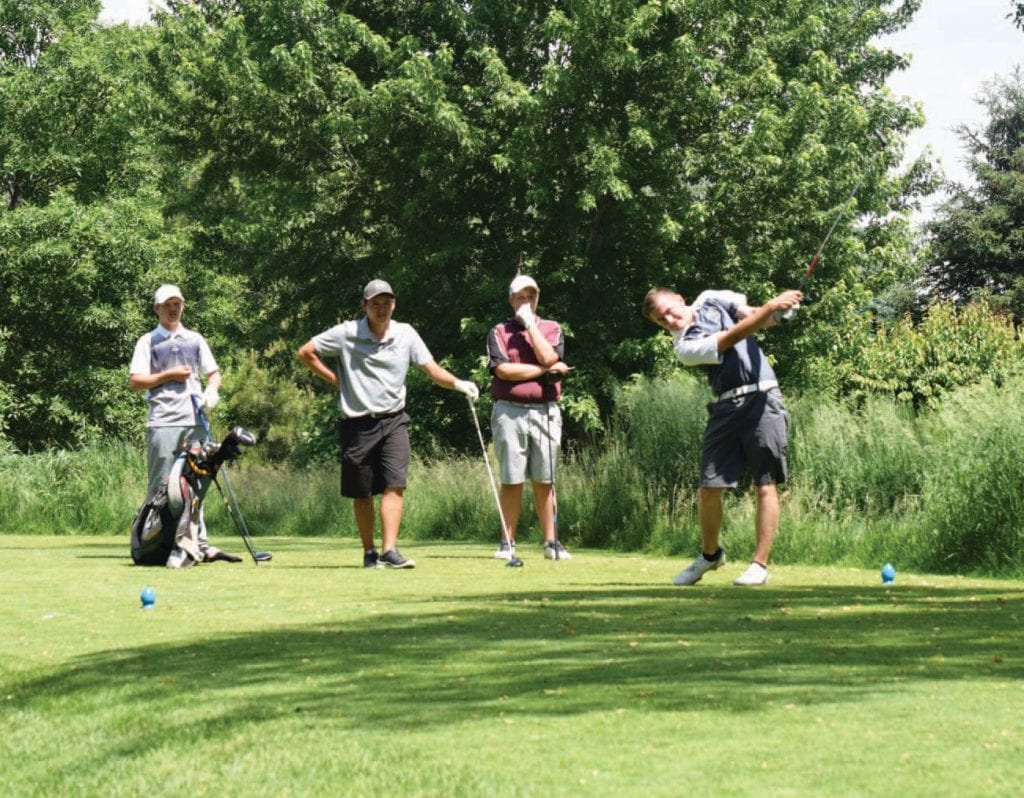 HARRISBURG — One thing White River’s talented senior Justice Morrison knows how to do is play within himself. He has a reasoned, balanced approach to every sport he competes in, and that makes him tough to beat. On a course where golfers struggle to not three-putt, Morrison pars the holes. But last Monday, at Spring Creek, on a course where the leaders were sinking birdies, Morrison was still making par. 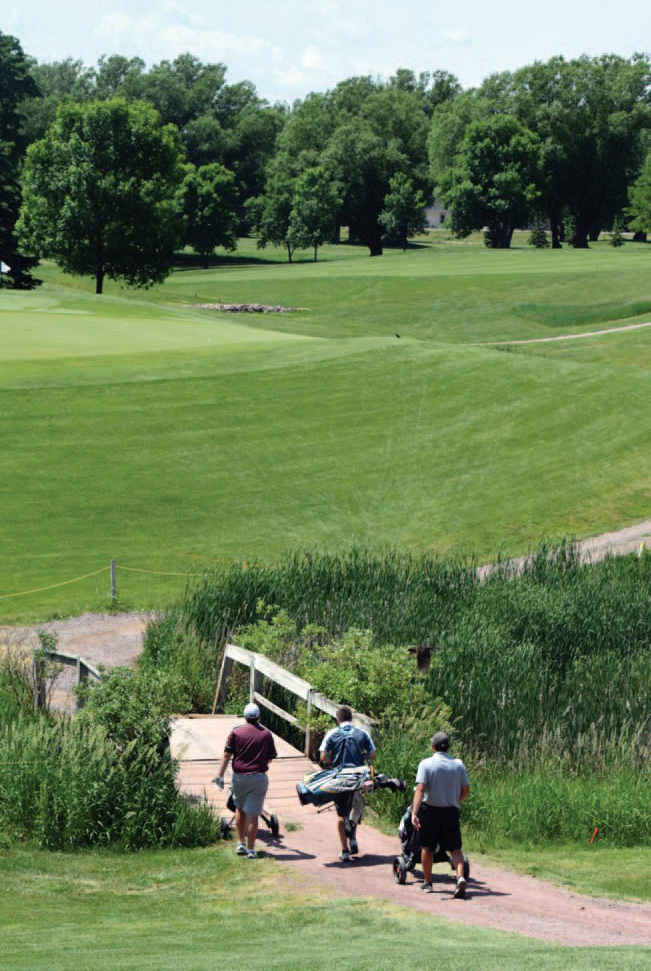 “Big strength in (Morrison’s) game is he hits a lot of pars,” White River Head Coach Mike Beardt said. “Unfortunately, in this tournament, you have to hit a lot of birdies. You have to score.” 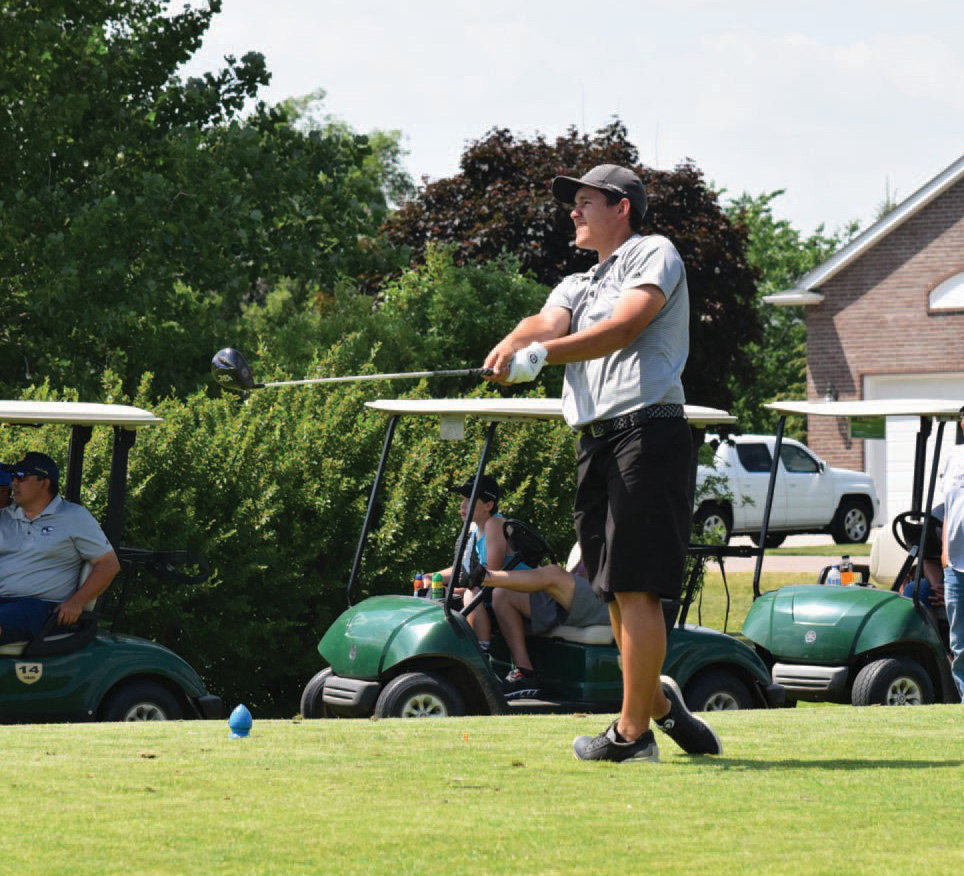 On day one, a day hot, sunny and humid, Justice struggled a bit and shot an 81, saying “I missed some fairways,” which placed him at 16th. Bon Homme’s Alec Johnson fired a 6-under par 66. That left Morrison with 18 holes on Tuesday to make up 15 strokes. He would rebound with a 74 the next day, giving him a final total of 155, and setting a new team record for low score at the state tournament, and he rose ten notches in the final standings and ended up finishing fifth. 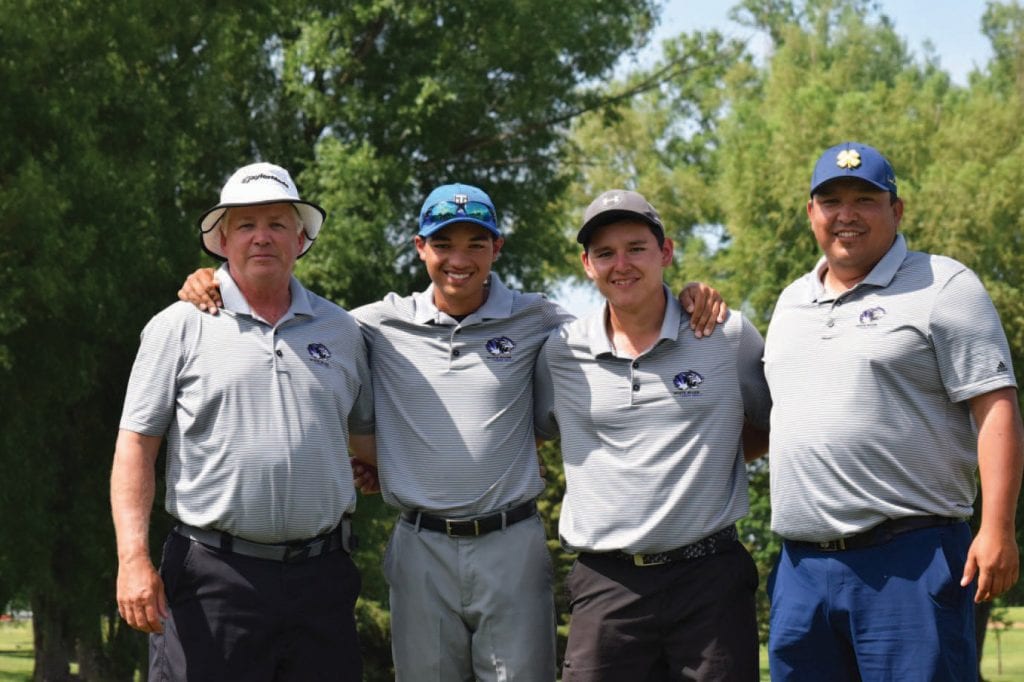 Last year, Morrison finished second in state and was the only golfer to eagle a hole at the Hart Ranch course.

On the final three holes of his White River career, Morrison started out badly off the 16th tee, shanking the ball over onto the neighboring fairway. Normally, not overly emotional, Morrison gave the ground a firm smack with his driver. He had to stand and wait while the golfers on that fairway and their entourage worked their way past him, and he was able to make a fairly good recovery shot to two- putt the 16th. 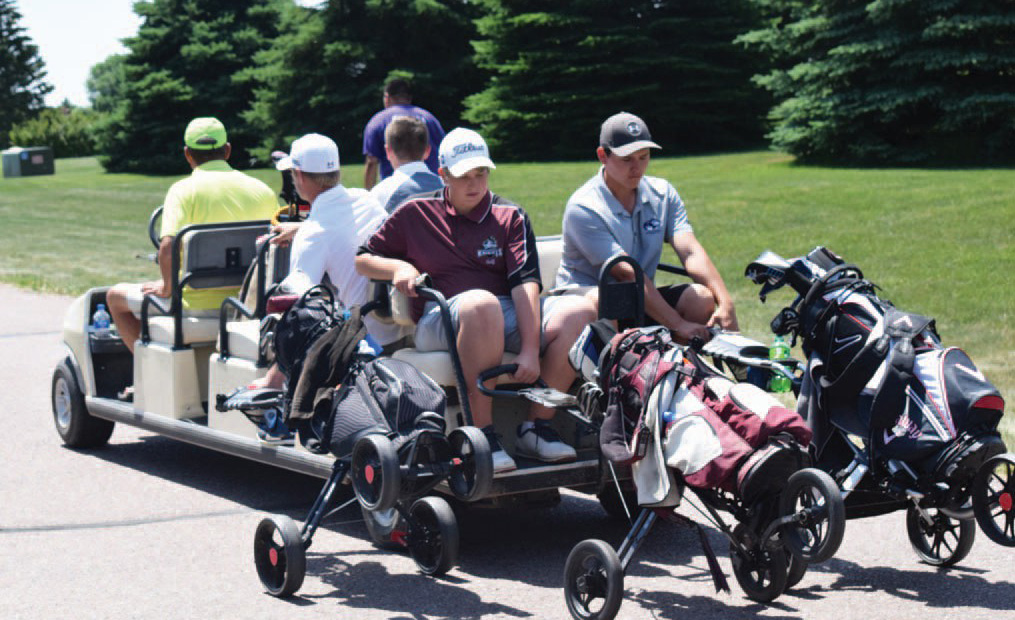 At left, foursome No. 10 catches a ride to the top of the hill on the 15th fairway. Facing camera (L to R) are Aberdeen Christian’s Jett Becker and White River’s Justice Morrison.

Morrison parred the 17th, and then on his final stroke, cupped the par on the Par 5 18th.

He’s a good learner,” Beardt said. “He listens and applies what he learns. We tell them focus on your process, don’t focus on the outcome. I think, right now, his process is way better than it’s ever been. This game will make you better at everything you do. It may not be the most physically taxing, but it is the most mentally draining.”

Morrison lives with his grandparents, LeRoy and Bertha Morrison, who work for the White River School District. She’s a secretary and he’s a bus driver. According to Bertha their main job is, “Being supportive. Anything good. We will support it.”

She talked about how her grandson prepares for tournaments, given there is no golf course in White River: “He has a little cup stuck in the ground with homemade flags. He cut up rugs to have his own little green.”

“Unless there’s a mole hole,” LeRoy added. “Then there’s a couple extra.”

Bertha said: “He played golf when he was little with those plastic golf clubs.”