About that black snake prophecy

Fantastic assertion followed by a ceremony 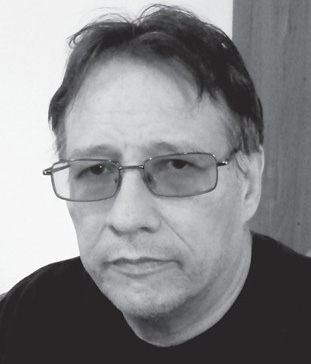 Thunder, that’s not caused by lightning heating air to 54,000 °F, and then the air contracting rapidly as it cools, no, thunder is some god or spirit getting angry.

Outlandish beliefs are very low maintenance, and they cost almost nothing to dream up. You take some fantastic assertion, and then you honor it with some sacred ceremonies, respected holy men talk it up for decades, generations, even millennia, interweave it into a collective narrative, and that produces some pretty convincing depth and detail.

Easy to scoff at other people’s beliefs but we tend to get deeply offended if they scoff at ours. A real problem develops when people start to see their beliefs as something special and unique, with sacred, even privileged insight into reality or nature, ignoring the very real possibility much of it is superstitious hooey. This produces a distorted perspective of reality that limits, not enhances a culture.

Not that there won’t be legitimate differences on how we perceive reality. One time I stood on a hill overlooking a valley and I told the rancher, “This is quite a sight,” and he thought I was talking about his livestock processing plant, not the bend of the forested river shadowed by rugged bluffs where eagles nested. All of that nature was just an afterthought to him. All he could focus on was what that land meant to his cattle operation.

Was he wrong? He was in the sense I could understand and admire the success of his business and marvel at the beauty of the land he operated that business on. He could not do both.

The trick always is to be able to do both, to see your own perspective, to weigh your own involvement, association, and interest in something against a realistic appraisal of how other, alien perspectives view it. After a half century in Lakota Country I can tell you, not only is that not one of our strengths, it is one of our weaknesses. It leads to believing foolish things that hamper our ability to protect our culture from the threat posed by Wasicu development and greed.

Up at the DAPL protest we fight an enemy determined to force his environmentally destructive pipeline into existence. That enemy can be exposed and defeated by just sticking to honest principle. We don’t have to misrepresent who he is or what he does, because he is plenty bad enough without our creative help painting him out as such.

Facts matter, not their facts versus our facts, but the actual facts honest principled people recognize and honor even above their own self-interest. Has the government preceded heavy handedly against a sovereign people they view as an inferior ward of their state? You better believe they have. Did our tribal leaders fail us as leaders, fail to address this issue back when it was a bud that could have been nipped; did they bungle negotiation, given the grim reality Wasicu determine negotiation, and tribes had the legal resources and ample information to participate in the process before actual pipe construction began? You better believe they did.

Far from being heroes, the protest on the ground has succeeded in spite of their effort as much as because of it. The real heroes are the men and women who are on the ground paying the everyday price, and to the extent some tribal leaders, like Brandon Sazue of Crow Creek, got arrested for doing same, he is a hero.

It is easy to be a hero up at Standing Rock in the sense that if you are there, and if you stand your ground, you are a hero, a warrior sacrificing for the Oceti Sakowin. But if you are going to drink, and beat up women, and sow contention and disharmony, then you are not a hero, and this, too, has been happening up at the protest camps.

There is a two-fold war going on against that pipeline. The first, the physically hardest, is to occupy the camps. The second is to fight the enemy with the skill and knowledge required to combat his politics of greed. That requires not only an understanding of the law, but of the world, you have to be able to negotiate and oppose them at their level.

This means don’t send letters signed by tribal leaders with phrases like “speaks with forked tongue.” That is something Hollywood Indians said; why reinforce the stereotype of the primitive aboriginal needing Uncle Sam to reason with him like a he was a difficult child?

Don’t make stuff up to sound more authentically Lakota and spiritual like the Black Snake prophecy. I can find no evidence of this prophecy existing before the 2014 Keystone XL protests in Washington.

There is a pipe, it is not a black snake, and no magical, mystical, spiritual insight predicted it would be here. If prophecy is so powerful why did it not, up to this point in time, do anything to stop the Wasicu from destroying the Lakota way of life?

The only power to stop the Wasicu is you. The only hero is you. Not prayer, not prophecy, only your heart, your courage, your character, your knowledge, your skill, can defeat the Wasicu pipeline. Don’t look for hero leaders, magic prophecy — you be the hero. Join hands with every Lakota and Wasicu ally, learn to recognize the wise, the principled, the skilled, and rally behind their expertise.

You will know them, because they will be the ones who aren’t telling you what you want to hear, the ones not talking about killing a black snake.