Clearing up how the GPTCHB works 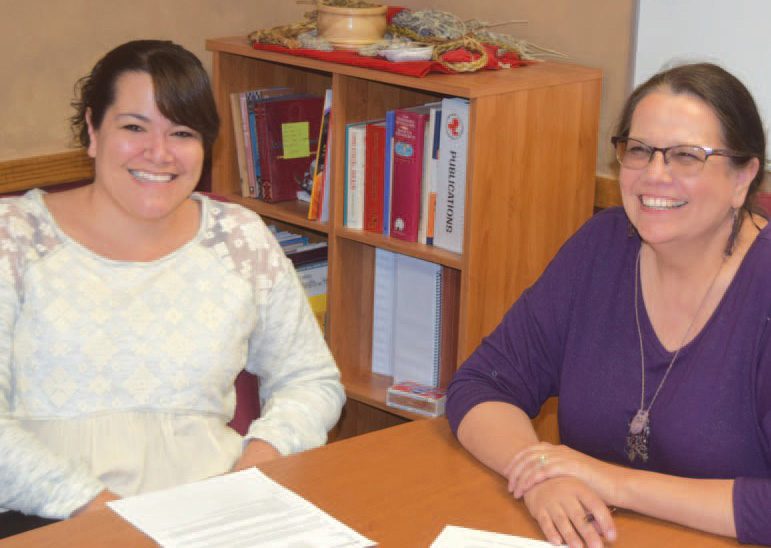 RAPID CITY –– “Our role,” says Jerilyn Church, Chief Executive officer of the Great Plains Tribal Chairman’s Health Board (GPTCHB), “is to advocate on behalf of Tribes, to the bureaucrats, to the IHS (Indian Health Service), and to HHS (US Department of Health and Human Services). Hopefully, to elevate the voice of the collective to the powers-that-be.”

It is easy to get the mission, purpose, identity, programs and activities of any tribal organization confused given all the acronyms and associations. Tens of thousands of people have been helped by the GPTCHB, even though most don’t know it even exists. There is a fundamental difference between an agency empowered by federal, state or tribal authority to administer specific service, and an advocacy board, set up to coordinate and facilitate and help ensure optimal health care quality for the 18 member tribes of the Great Plains.

The GPTCHB is the latter.

Even this article will be chock full of confusing, cascading acronyms (BIA, IHS, HHS, etc.), but the important distinction to recognize is the GPTCHB is not a government agency—it is a tribal organization, a board established in 1986 by the 16 tribal chairmen of the Great Plains Tribal Chairman’s Association (GPTCA).

The GPTCA does not have direct responsibility for the GPTCHB. That responsibility falls to Jerilyn Church and a professional staff of fifty people, spread over a wide area, but the administrative offices are located in West Rapid, just off Deadwood Avenue.

Church is forced to travel a great deal, given the 18 member tribal communities are spread over four states, Iowa, Nebraska, North Dakota and South Dakota, and so she must meet with people from all over the country, and the world, attend conferences thousands of miles away. It is not easy coordinating all the GPTCHB responsibilities and activities, so the GPTCHB has a staff organized to accomplish exactly that.

If you want to set up a meeting with Church, you first hook up with Nate Livermont, Oglala Lakota, who is Executive Coordinator. He sets up the appointment and then a confirmation e-mail is sent indicating not only the time and purpose of the meeting, but bullet pointed for what will be discussed. Another e-mail is sent, probably on the off-chance the first email was not received or opened.

This is a very efficient, professional system, but the meeting itself will be relaxed and informal. The building is staffed mostly by tribal members, and if you can find any tribal organization staffed by tribal members that does not reflect the telltale communal characteristics of Native people, you got yourself a scoop. The atmosphere will be relaxed and welcoming, no one will be putting on any professional or departmental airs.

One of the first things Church wants to talk about is the Tribal Epidemiology Center (GPTEC). Epidemiology definition: “The branch of medicine that deals with the incidence, distribution and possible control of diseases and other factors relating to health.”

“That center serves as a sort of hub for the rest of programs we have here,” Church explains. “Our tribal health board directors serve as an advisory board to the TE center.”

Staci Hunter is the GPTEC Executive Coordinator, and the GPTEC is one of 12 tribal epidemiology centers. The GPTEC Mission Statement: “…to provide leadership, technical assistance, support and advocacy for the 18 tribal nations and communities serviced by the Great Plains Area IHS in order to eliminate the disparities in health that currently exist for tribal peoples within the four-state region…”

The key words to note in that mission statement are “in order to eliminate the disparities.”

Were all tribal health care programs and services perfectly administered and proactively expanding to meet every tribal health care need, there would be no need for the GPTCHB, or the GPTEC. This is where the term “advocacy” comes in, because rather than point fingers and bellyache about how tribal health care doesn’t work, the GPTCHB must roll up their sleeves and do their dead level best to ensure it does work, that the “disparities” are eliminated.

The frontline resource the GPTCHB employs to fulfill that mission is GPTEC. The folks at GPTEC collect the health data, health data that if properly understood could save your life. They evaluate the data, and identify the health care priorities the data indicates, tailoring those priorities to the specific need of a given tribe. The idea here is to improve the “health care delivery system.”

Meaning, at some point, you or a loved one will have health care delivered in a critical situation. Some aspect of the health care you receive will owe its effectiveness to the efforts of GPTEC. You won’t say, “Wow, GPTEC just helped save little Tommy’s life!” Well, you might say that, but you would have to be the most exceptionally well informed tribal member walking the planet. Most likely, you would just thank the doctor, hug little Tommy, and go home.

Two other things the GPTEC does is provide “epidemiologic technical assistance to tribes and tribal organizations,” and provide “disease surveillance to tribes.”

That means they are crunching the numbers of the disease data of your specific tribal community, to help you understand and apply the data. But they also assist in compiling the data, in going out and seeing how the disease operates in a given tribal community.

Before Church came on board, the GPTCHB was directed by Carole Anne Heart, Rosebud Sioux. Heart oversaw the important GPTEC expansion in 2003. Dr. Donald Warne, Oglala Sioux, a graduate of the Stanford University School of Medicine and Harvard University Master of Public Health Program, was the next GPTCHB director. Warne still maintains “a commitment to support GPTCHB as its Policy Analyst.”

Gay Kingman is Executive director of the GPTA. Church says: “(She) was really instrumental in reaching out to me to apply for this position.”

A member of the Cheyenne River Sioux Tribe, Church has been Executive Director of GPTCHB for five years: “In 2010 the first wave of concerns regarding the quality of IHS care hit the media. I was really interested in coming home and helping address some of those issues from a tribal perspective. The organization was really struggling to survive at that point. We had a $2.8 million deficit. The organization hadn’t had a clean audit at that time in ten years.”

Under Church’s direction, GPTCHB has had a clean audit three years running.

It’s time to talk about the Indian Self-Determination and Education Act of 1975, or Public Law 93-638. For GPTCHB purposes, this Act helped “provide for the full participation of Indian tribes in programs and services conducted by the Federal Government for Indians and to encourage the development of human resources of Indian people…”

Church says, “(Public Law 638) puts those resources in the hands of the Tribes to direct how IHS should be delivered.”

The Indian Health Service is an arm of Health and Human Services. It exists to provide Treaty mandated health care to tribal members and their families. Like many of us, Church does not have a high opinion of how that mandate has been delivered, currently, or historically: “The IHS system is dysfunctional.”

There is a sad and disturbing history speaking to that dysfunction, but what Church wants to talk about is how is that dysfunctional addressed and ultimately corrected?—“I really believe the only way to do that is for the tribes and the health board to assume some of these functions.”

That is what Public Law 638 does, provide the tribes with that opportunity. Federally mandated programs like IHS are bound by federal funding guidelines. If a Tribe takes over a certain program, they are not bound by these guidelines, and can seek funding from viable, optional sources. Church provides an example: “A tribally run behavioral health and substance abuse program can look for other funding, like through the state, or SAMHSA (Substance Abuse and Mental Health Services Administration).”

Once the Tribe secures operational control of a program, and additional funds previously not available to operate it, the next stage of GPTCHB involvement kicks in: “We provide technical assistance to our tribes who want to pursue that avenue.”

This is where Church wants to address a stumbling block that often hinders efforts and perceptions about tribal control of critical programs: “Some fear that exercising self-determination through Public Law 638 may (abrogate) the government trust responsibility.” But Church points out the Self-Determination Act has explicit language preventing the diminishment of trust responsibility and preserving the sovereign nation status of tribes.

Church required a large, competent staff to turn GPTCHB around, and she wants their contributions noted: “I think it’s important to help capture the voices of those folks who have helped move this organization forward.”

As a consequence, each week, Native Sun News Today will highlight a specific GPTCHB program, its history, and those folks responsible for directing its mission, because all of those accomplishments are too big and too detailed to be contained in one article.

One person bearing mention now is Sunny Colombe. She is GPTCHB’s Chief Administrative Officer. Church says, “Sunny has been by my side since day one. It’s really a team, we are really blessed, we have some really strong leadership in our departments, and administratively. It really is an overall commitment, from board level to staff, that has contributed to our success.”

“We are in a continual state of change and evolution,” Church concludes. “We’ve come a long way, but there’s still so much more to do, so much opportunity to grow.”