An encore for the Indians who shook up Rock ’n’ Roll 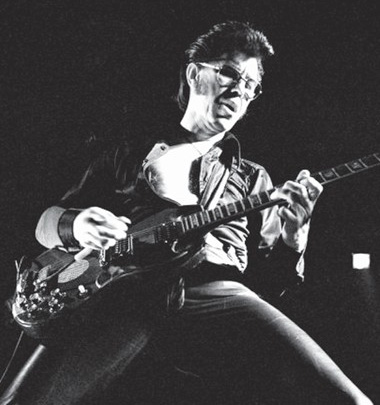 Link Wray performing in London in 1979. The guitarist was of Shawnee heritage.

Plenty of rock ’n’ roll songs have been banned from the airwaves because of their lyrics, but “Rumble” was the first to be banned because of its very sound. Recorded by Link Wray & His Ray Men in 1958, the instrumental pioneered the use of distortion, feedback and the power chord, a mix that made stations in New York and Boston so nervous they refused to play the song for fear that it might incite violence. According to popular lore, the hit song got its name because it reminded listeners of a gang fight, or at least a musical invitation to one; in “Pulp Fiction,” it’s the tune that plays while Uma Thurman and John Travolta share a $5 milkshake and a tense silence. 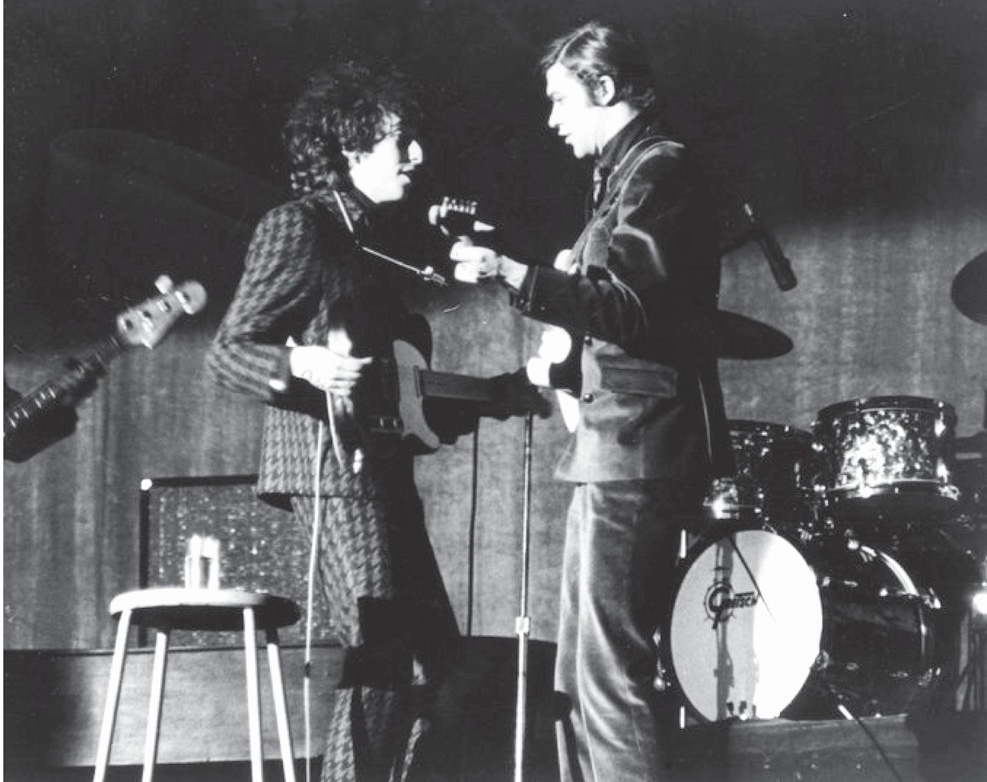 “If you considered yourself a real rock ’n’ roll guitar player, you had to learn ‘Rumble,’” Robbie Robertson, the songwriter and guitarist, said in an interview. “It was raw and dirty, and had that rebellious spirit to it.” 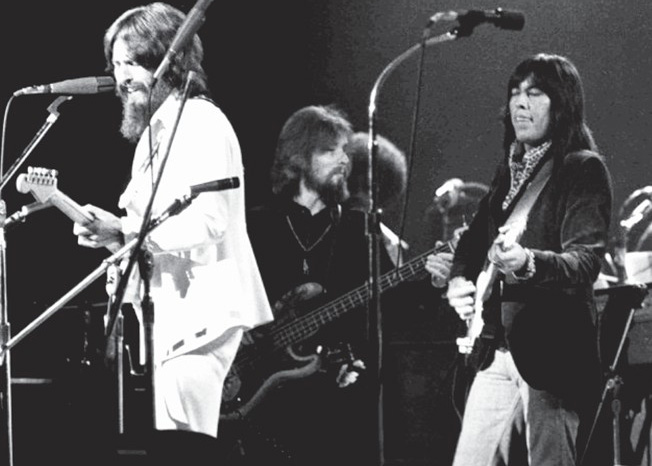 Jesse Ed Davis, right, backing George Harrison at the Concert for Bangladesh in 1971.

The single is at the heart of “Rumble: The Indians Who Rocked the World,” a documentary directed by the Canadian filmmakers Catherine Bainbridge and Alfonso Maiorana that has scooped up prizes on the festival circuit, including a Sundance special jury award for “masterful storytelling.” Reviewing the film for The Times, Ken Jaworowski likened it to the Oscar-winning “20 Feet From Stardom” and “Searching for Sugar Man.”

RUMBLE: The Indians Who Rocked the World – Official Trailer Video by kinolorber

In theaters in the United States and Canada now, “Rumble” explores the history of Native Americans in popular music, some celebrated for their work, others less so. Jesse Ed Davis, who played alongside the Rolling Stones and, over time, every one of the Beatles, is here, as is Buffy Sainte-Marie, the protest singer who composed songs about everything from young love and spirituality to cultural genocide and the theft of Indian lands. Jimi Hendrix, whose paternal grandmother was one-quarter Cherokee, appears, resplendent in a white beaded jacket and moccasins, at Woodstock, as does the jazz singer Mildred Bailey, whom a young Bing Crosby credited with giving him his start.

And then there’s Wray, whose song and sound went on to inspire musicians from Pete Townshend and Neil Young to Iggy Pop and MC5. “It wasn’t till later on that I found out that Link Wray was an Indian,” of Shawnee heritage, said Mr. Robertson, who learned to play guitar on the Six Nations reserve in Ontario. “It just made the whole thing 10 times cooler to me.”

One of the most striking aspects of the documentary is how few people, like Mr. Robertson, knew that these artists were Indians at all. Stevie Salas, an executive producer of the film who got his start playing electric guitar behind Rod Stewart and Bootsy Collins, recalled watching scenes of Mr. Davis playing in the 1972 documentary about George Harrison’s Concert for Bangladesh. “I’ve watched that footage a million times,” said Mr. Salas, who is Apache, “and all of a sudden I was like, how did I not notice the big, 6-foot Indian standing next to Eric Clapton?”

For every Redbone, the ’70s rockers who openly embraced their Indian roots, there were dozens of others who did not. For many, there was little upside to it. “Around the time when ‘Rumble’ came out, there was the Hayes Pond incident, where this Grand Dragon was preaching from the backs of trucks about the ‘mongrelization’ of white people by American Indians,” Ms. Bainbridge said, referring to a North Carolina confrontation between the Klan and the Lumbee. “Link Wray grew up in the center of all that, as did Native Americans throughout the South.”

The film was inspired by “Up Where We Belong: Native Musicians in Popular Culture,” an exhibition that was first mounted at the Smithsonian’s National Museum of the American Indian in 2010. It soon became one of the museum’s most popular. Curated by Mr. Salas and Tim Johnson, the museum’s program director at the time, the exhibition, with its rock videos and battle-ax guitars, was a marked departure from previous shows. “They certainly didn’t want to include Randy Castillo, the drummer from Ozzy Osbourne,” Mr. Salas said.

Buoyed by the success of the show and the stories the Smithsonian was able to uncover, the curators immediately thought: This needs to be a documentary. They sought out Ms. Bainbridge, who had gotten critical acclaim for the 2009 documentary “Reel Injun.” That film examined the portrayal of Native Americans in Hollywood, many of them played by nonnative actors. “We found this way, through humor, for people to relate,” she said. “I thought we’d never have that chance again, to make a film that could really cross over. But as it turns out, music is even more powerful than comedy.”

Throughout, the film reveals how Native American rhythms and stylings became a part of the larger tapestry of American music. In one scene, the poet and musician Joy Harjo (“Crazy Brave”) explains how the call and response of Muscogee music influenced the evolution of jazz and blues; in another, the singer-songwriter Pura Fe connects the blues guitar and vocal inflections of Charley Patton, who was probably of Choctaw ancestry, with traditional Indian music.

And then there are the stories in the film that are pure rock ’n’ roll. Mr. Robertson recalls his world tour with the newly electric Bob Dylan in 1966, when angry audiences blamed Mr. Robertson and the rest of the Band for tainting their golden child. “All over North America, all over Australia, all over Europe, every night, they booed us,” he said. But he remembers telling Mr. Dylan: “They’re wrong. This is good. I’m sorry, but the world is wrong, and we’re right.”

In the end, a lot of the stories are like this, small triumphs over overwhelming odds, which was what the filmmakers intended all along. “I didn’t want to make a victim film,” Mr. Salas said. “Some of my Native friends were adamant too, saying, we’ve had enough of these films where they took this from us, they did this to us. We were like, no, let’s talk about these amazing people who did these amazing things.”