Archambault: ‘Just because the oil is flowing now doesn’t mean that it can’t be stopped’ 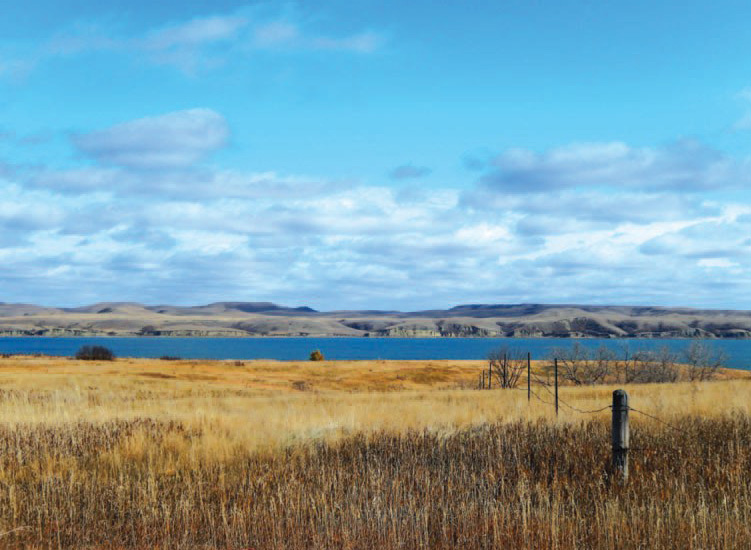 “We will continue to battle the operation of this pipeline in court and remind everyone that just because the oil is flowing now doesn’t mean that it can’t be stopped,” Archambault declared. “The courts can stop it by demanding that the administration be held accountable for the full Environmental Impact Statement it initiated and then abandoned.”

The nearly 1,200-mile line, nicknamed DAPL, is carrying fracked oil from the Bakken Formation centered on the Mandan Hidatsa & Arikara Nation in North Dakota across 1851 Ft. Laramie Treaty territory in South Dakota and on through Iowa to Illinois.

Its majority owner Energy Transfer Partners, which recently merged with Sunoco Logistics Partners, announced June 1 that the Dakota Access Pipeline and the Energy Transfer Crude Oil Pipeline (ETCO) connected to it in Illinois “are in commercial service” on schedule to meet transportation agreements.

“The pipeline will transport light, sweet crude oil from North Dakota to major refining markets in a more direct, cost-effective, safer and more environmentally responsible manner than other modes of transportation, including rail or truck,” the company said in a media release.

However, Phillip Ellis, a spokesperson for the non-profit legal firm Earthjustice, which is litigating the Standing Rock Sioux Tribe’s suit over the construction, reminded the public that “multiple oil spills have already occurred along the pipeline in South Dakota, and another Energy Transfer Partner’ pipeline suffered two spills in Ohio in April of more than 2 million gallons of drilling fluid.”

Archambault called the spill record “foreboding,” especially considering that “the company does not yet have a plan in place to address how they would contain and clean a serious spill.”

The Standing Rock Sioux Tribe hired Earthjustice to file against the U.S. Army Corps of Engineers for failure to adequately consult on sacred land and water concerns over the pipeline’s crossing the Missouri River a half mile upstream from the intake for the tribe’s main drinking supply source.

Ellis said the pipeline operators are not required to have equipment to deal with a spill on location for a year.

The Yankton, Cheyenne River and Oglala Sioux tribes joined the 2015 lawsuit, which has received sweeping support ever since from hundreds of tribal governments, as well as tens of thousands of grassroots advocates of treaty rights and oil’s clean energy alternatives the world over.

Prayer vigils and pressure tactics played a role in convincing the Corps of Engineers under former U.S. President Barack Obama to withhold permitting until an Environmental Impact Statement process could be carried out for better consultation. U.S. President Donald Trump ordered the Corps to revisit that decision and the agency issued the permit without going through with the process.

Ellis said the lawsuit before the District of Columbia Circuit Court in Washington, D.C., argues that “there are limits on the extent to which one administration can reverse the decisions of its predecessor. The courts will set aside reversals that are not fully justified and explained,” he said.

The suit claims that operating the pipeline is illegal because of failure to conduct the required “full, transparent and public environmental review for any federal action that has ‘significant’ environmental effects.”

It also claims the Trump Administration ignored the treaty rights of the tribe, which prohibit the federal government and its agencies from taking any federal action that harms the Standing Rock reservation or the water in the Missouri River on which the people of Standing Rock depend.

Initially, the route of the pipeline would have crossed the Missouri River just upstream from North Dakota’s capital city of Bismarck, but the DAPL conglomerate changed the course when residents there protested the line could break and pollute their water.

Noting that history, the Indigenous Environmental Network released a June 2 statement saying, ““We must not lose sight of why the movement against the Dakota Access Pipeline began. Since day one, we have been standing up against this blatant act of environmental racism and social injustice towards indigenous peoples.”

Since August hundreds of self-described peaceful “water protectors” demonstrating their will to prevent the pipeline construction have been jailed and face charges due to a joint public-private counterterrorism operation in which surveillance was coordinated by Energy Transfer Partners’ contract-for-hire security firm Tiger- Swan.

Archambault noted that everyone downstream would be affected by a spill, all the way along the Mississippi River, which the Missouri feeds.

“Now that the Dakota Access Pipeline is fully operational, we find it more urgent than ever that the courts and administration address the risks posed to the drinking water of millions of American citizens,” he said.

DAPL also crosses tributaries to the Missouri River upstream from Lake Sakakawea on the Ft. Berthold Indian Reservation, and it crosses the Mississippi River at the Iowa-Illinois border.

When it joins ETCO in Illinois, that line takes the fuel to Texas for refining and export, Energy Transfer Partners said. The two lines comprise the Bakken Pipeline, it said.

Ellis said litigants “expect a federal judge to soon rule on our request that the pipeline be halted and the Trump Administration’s approval be thrown out.”