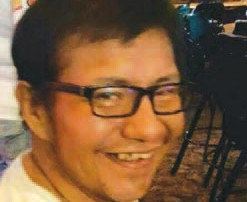 RAPID CITY –– Arnold Dale Black Bull Sr., 46, made his journey to the Spirit world on Tuesday, September 19, 2017 at the Rapid City Regional Hospital in Rapid City.

Killsback both of Porcupine; and numerous nieces & nephews.