Athletes are more than just athletes 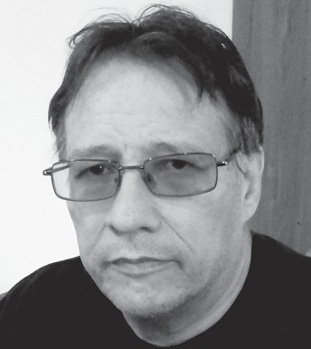 Every season I interview a special type of basketball player, and some are just good enough to make the team, and some, like Aanen Moody of Dickinson, or Justice Morrison of White River, are some of the best players in the region, but talking to them for one minute, becomes five minutes, becomes a half hour, because they are some of the most intelligent, thoughtful and interesting young men you will ever meet.

I can decry such a reality, but I have to admit I am a participating facilitator of that misguided priority; my focus is on sports, and this paper has a sports section, and the readers read this section, and we win journalism awards for it. Sport provides me with the personalities and drama that drive good copy, and I can only reason that writing about academic and artistic achievement is less entertaining, because I have never really tried.

Every new school year, I have big plans to cover knowledge bowl, oral interp, poetry reading, school plays, but I never do. There is no backlash. Most people don’t care. My own son was president of the Sturgis High School drama club, and you would think after attending a half dozen of his plays, that would have made me care about the world he found important, rather than just write about sports, but it didn’t.

The person who finds the cure for cancer will get far less press coverage than Lebron James in any given NBA season, bank on that.

Why is this so? Because sport is an outlet with which we can all identify. We cannot share the world of intellect as an entertain package, not nearly as readily. You don’t pack a high school gym to watch two kids play championship chess. We’d rather watch people in wheelchairs play basketball. Knowledge bowl champs, even in wheelchairs, would not make the front page of any paper on a regular basis, let alone warrant their own section like sport. Smart people better tone it down around us. The genius in others makes us uncomfortable, whereas the athletic excellence in others, compels us to acknowledge and celebrate.

Coaches are sometimes referred to as genius, when in reality, if you yanked one of the geeks from science club, and gave him a chance to study the game, work on strategy, and if he could talk to people, wasn’t a socially awkward misfit, odds are he’d outcoach the entire state, but people would not celebrate his success. They’d be turned off by it.

I have met big, strong athletes with quality minds, fascinating to talk to, but most people never process them as anything but a galoot. Many of these athletes have just given up, because like the rest of us, regardless of our size, they have come to realize that this part of themselves is not valued, and there are few people with which to share it, who respect it, or most importantly, engage it. When they meet someone who can engage it, their face lights up, and as you talk, the real them comes pouring out, but then they have to run off and catch the bus, and you have their contact info, and plan an in-depth feature about who they really are, and what matters to them. But you never write it. Because the next day, you have to knuckle down and start reporting all the games and scores you can put together to fill a sports page. They never complain, they are used to just reading about how many rebounds they had.

Bottom line is, being smart matters. Not just getting good grades, but having an innate intelligence so rare maybe one in a thousand have it, whereas one in a hundred can play ball.

Lakota country has a hundred kids that fit that description, and tomorrow I should just seek one out, and honor that student. When a Lakota athlete slam dunks, I am impressed, but when a student poet uses a few select words to bring our complicated Lakota world into sharp focus, mostly I am not even listening, but when I do, I realize all the basketball players in the world can’t fix what is broken on the reservations, but a thousand Lakota just like this poet, could.