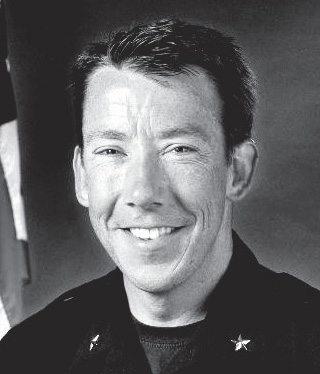 “I haven’t seen this level of violence since the 1970s.” A bold statement that came from Richard Little Whiteman as he described the current crisis on the Pine Ridge Indian Reservation. Those words coming as he chaired the Oglala Sioux Tribe’s Law & Order Committee meeting on the morning of April 5.

His statement struck me as I stood at the podium at the OST Administration Building in Pine Ridge Village. I and several others representing Rapid City and Pennington County were there to address the violence Mr. Little Whiteman was talking about.

The reality is that the Reservation and Rapid City aren’t separate communities anymore. What affects Rapid City also affects our neighbors to the east. Tackling this rise in drug-fueled violent crime requires a ‘we’ mentality. ‘We’ need to increase collaboration among all facets of our two criminal justice systems if we are to have any chance of getting a handle on these problems.

As I addressed the Law & Order Committee, I felt it was appropriate to acknowledge the deep-rooted historical trauma that often hampers such discussions. I also stressed the importance of preserving tribal sovereignty in any discussions moving forward.

The reality is, both of our communities have experienced similar spikes in violent crime. 2015 was a record year for violence in Rapid City, with nine homicide investigations taking place in our jurisdiction alone. More recently, the RCPD has investigated four homicides in just the first three months of 2017. Even more shocking is the recent homicide rate on the Pine Ridge Reservation. In 2016, according to the Rapid City Journal, Pine Ridge saw 17 homicides. That includes the shooting death of 13-year-old Te’Ca Clifford.

The per-capita homicide rate on the Pine Ridge Indian Reservation is quadruple the rate for Chicago in 2016. Even compared to cities more notorious for high murder rates like Baltimore and St. Louis, the reservation has them beat two-fold.

Earlier, I referenced Te’Ca Clifford because the circumstances surrounding her completely tragic death perfectly illustrate the need for better collaboration between our two communities. The alleged shooter in that incident has had a felony warrant from our jurisdiction since December 2015. It stemmed from a Rapid City Police Department arrest, during which he was in possession of methamphetamine, among other illegal items. If her shooter would’ve been apprehended for his warrant, Te’Ca would still be alive today.

Unfortunately, for at least the last hundred years, the Tribal, State, and local criminal justice systems have been structured in a manner that inhibits collaboration in obtaining and trying wanted felons in each other’s jurisdiction. This has resulted in the reservation being considered a “safe-haven” for criminals to avoid accountability for their actions.

I yielded the floor for discussion and it became clear that much of the committee was in agreement that something needs to change. Committee members emphasized the obvious reality that OST Public Safety is severely under-resourced. It wasn’t too long ago when they had over 100 Police Officers, and today the number of officers is closer to 20. Fortunately, each of South Dakota’s Congressional representatives had a staffer present at the meeting so the message can be shared with budget appropriators.

Ultimately, the committee decided an appropriate action moving forward. Members of the committee have agreed to the formation of a workgroup consisting of stakeholders from the tribal justice system and stakeholders from the Rapid City/Pennington County justice system. This workgroup will report back recommendations in 90 days that could enhance collaboration among both systems. Pennington County Sheriff Kevin Thom, State’s Attorney Mark Vargo, and I are committed to working together on this committee to address critical public safety issues in our communities. I am hopeful we can prioritize public safety over jurisdictional politics so that we can create a new history for our future generations.

It’s what our two communities deserve. We’re all in this together.