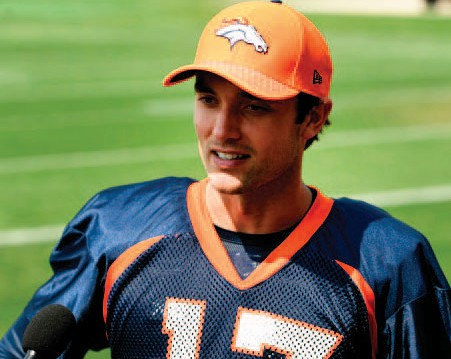 “Hello NFL fans are you ready for regular season action?” inquired the Captain. Teams are finalizing their fifty-three man rosters by cutting and waiving players this week. Our guru Commander Timmy appears to have the latest updates.

“Indeed I do, as some concerns grow over Colts QB Andrew Luck who was removed from the Player Unable to Perform (PUP) List and is expected to miss the season opener. An acquisition for QB Jacoby Brissett from the Patriots was performed. Brissett started for the suspended Brady last season.

$10 million dollars to victims of Hurricane Harvey with both players and owners matching contributions. Sources stated that Watts wants to personally be a part of handing out donations. 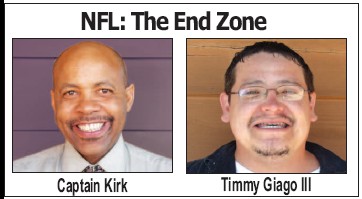 In San Diego, the Chargers will receive an offensive boost with the return of WR Mike Williams who returned from the PUP List. Speaking of returns, Steelers RB Le’Veon Bell returned from his preseason holdout. “You grow a friendship with your teammates over the years,” commented Timmy. When there are waivers and they go to another team it is a fall out brought by free agency.

Broncos players may be feeling that way as teammate All-Pro Safety TJ Ward was released and picked up by the Tampa Bay Buccaneers for a $5 million dollar one-year deal. Ward was hampered by late season and training camp injuries. In addition, he had $4.5 million of unguaranteed money on a one year contract. Bronco OT Ty Sambrailo was traded to the Atlanta Falcons for a fifth round pick in the 2018. Broncos starter LB Shane Ray wrist injury will be placed on Injured Reserve. Ray is expected to return by week eight.

Speaking of being miffed, Seahawks CB Richard Sherman was not happy about the release of his teammate WR Kasen Williams. Sherman believed Williams had a great camp and should have not been cut. Also released for the Seahawks was QB Trevone Boykin and WR Jerome Kearse. “Kearse also had a terrific camp and is a veteran receiver; I’m surprised Sherman didn’t note that,” interjected the Captain. It looks like your broadcast worked well from our new back up remote station Commander, I will continue.

“It was a welcome back home party as prodigal son QB Brock Osweiler returned to Denver. After chasing a $78 million dollar offer with the Houston Texans and being waived by the Cleveland Browns Osweiler found himself without a team. It was double jeopardy with a guaranteed salary of $16 million that was eaten by the Browns in his release. Osweiler’s acquisition filled a vacancy that he has left at quarterback. A great situation for General Manager John Elway as he signs Osweiler to a one- year $775,000 dollar deal pending his physical to back up Trevor Siemien.

With starters resting across the league it gave coaches a closer look at players before cuts. In Washington, a (2-2) preseason record was posted with a 13-10 win over the Tampa Bay Buccaneers. Matching a (3-1) record as well were the Atlanta Falcons with a 13-7 loss to the Jacksonville Jaguars. Newly acquired QB Jacoby Brissett’s 341 yards of passing and four touchdown effort fell shy as the New England Patriots drop to the New York Giants 40-38.

The Philadelphia Eagles were downed by the New York Jets 16-10. Squeezing a low scoring victory were the Indianapolis Colts over the Cincinnati Bengals 7-6. A (3- 1) training camp record for the Packers who defeat the Los Angeles Rams 24-10. A (1-3) finish for the Bills who defeated the Detroit Lions 27-17. Finishing (3-1) are the Pittsburgh Steelers with a 17-14 win over the Carolina Panthers. “Believe it or not the Browns have a (4-0) preseason by blanking the Chicago Bears 25-0,” jeered the Captain.

Even without injured Ravens quarterback Joe Flacco the Ravens had an undefeated preseason at (4- 0) by defeating the New Orleans Saints 14-13. A sixteen point half led the Miami Dolphins over the Minnesota Vikings 30-9. Evening their record to (2-2) were the Kansas City Chiefs over the Tennessee Titans 30-6.

Broncos QB Kyle Sloter started sluggishly with a safety and roared back passing for 226 yards and a 30-2 win over the Arizona Cardinals maintaining a (4-0) preseason for the Broncos as well. Two west coast teams battle it out as the San Francisco Forty Niners win 23-13 over the Los Angeles Chargers. Two interceptions may have led to the demise of Seahawks QB Trevone Boykin as they were able to maintain a 17-13 win victory over the Oakland Raiders.

(You may contact Captain Kirk or Timmy Giago III at (salesmanager@nativesunnews.today)