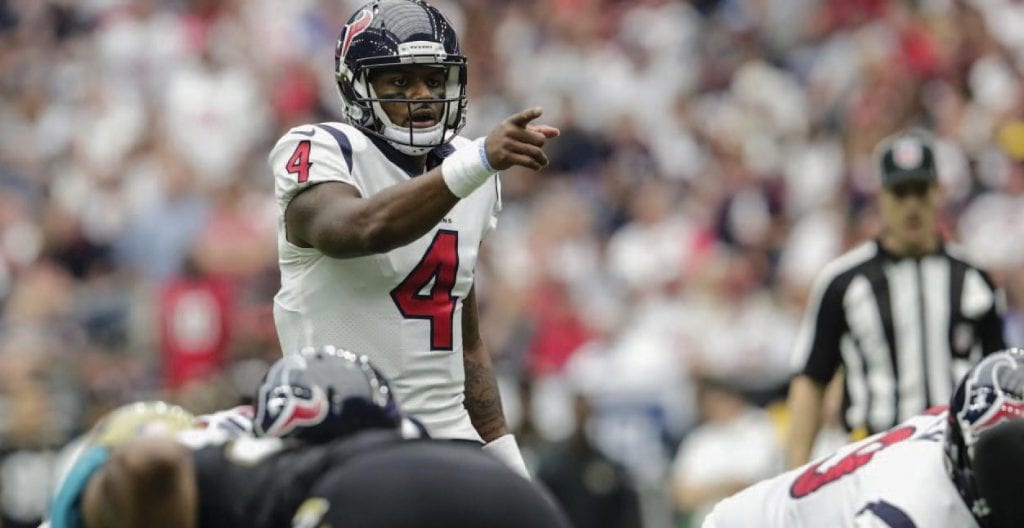 Raiders fans received a scare when QB Derek Carr went down in the fourth quarter with back spasms. An MRI will be conducted this week. In Chicago, the Bears decided to go with their rookie quarterback Mitch Trubisky.

While Buffalo Bills WR Jordan Matthews is having thumb surgery. Also Seahawks RB Chris Carson suffered an ankle injury. “You have a look of gleam in your eyes Timmy.” jeered the Captain. Aye, Thursday Night Football is still on my mind as the Green Bay Packers move to (3-1) with a 35-14 routing of the (1-3) Chicago Bears. Packers QB Aaron Rogers was on fire tossing for 179 yards and four touchdowns. 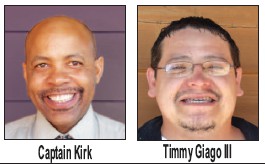 The (3-1) Buffalo Bills have been on a defensive rampage with a surprise win over the (3-1) Atlanta Falcons 23-17. Falcons QB Matt Ryan struggled throwing two interceptions which led to the Falcons demise. Bills QB Tyrod Taylor stood out tossing for 182 yards and one score. A shutout for the (2-2) New Orleans Saints as they defeated the (1-2) Miami Dolphins 20-0. It was a breeze for Saints QB Drew Brees who had an awesome day completing 268 yards of passing with two scores. OJ Simpson was finally released from prison. Simpson still has access if he wants to attend the Hall of Fame ceremonies. It has been reported he had accumulated $600,000 in pensions from the NFL during his nine year tenure in prison.

A high scoring affair between the (2-2) New England Patriots and the (3-1) Carolina Panthers. However, it would be the Panthers who would pull out the 33-30 win. Panthers QB Cam Newton actually played Superman tossing for 316 yards and three touchdowns. No one expected the LA Rams to score a 35-30 win over the (2-2) Dallas Cowboys. Rams (3-1) QB Jared Goff continues to dismantle defenses tossing for 255 yards and two scores. A one-two punch by teammate RB Todd Gurley who rumbled for 121 yards and 74 yards receiving with two scores.

There is no problem in Houston as the (2-2) Texans even their record with a resounding 57- 14 win over the (2-2) Tennessee Titans. Texans QB DeShaun Watson set an NFL rookie record with five touchdowns and 283 yards of passing.

Cincinnati Bengals break into the win column (1-3) routing the winless (0-4) Cleveland Browns 31-7. Bengals QB Andy Dalton came alive tossing for 286 yards and four touchdowns in the contest. An overtime showdown between two evenly matched teams between the (2-2) Jacksonville Jaguars who dropped an overtime loss to the (2-2) New York Jets 23-20. “If it weren’t for the Commissioner reducing overtime to ten minutes the game may have tied,” stated the Captain.

Jets RB Bilal Powell kept things solid on the ground gaining 163 yards including a 75 yard running play. A defensive struggle between the (3-1) Detroit Lions who scored eleven third quarter points to defeat the (2-2) Minnesota Vikings 14-7. Lions QB Matt Stafford saved the day tossing for 209 yards. In Baltimore it was the (2-2 Ravens who dropped to the Steelers (3- 1) 26-9. Steelers RB LeVeon Bell answering the bell rushing for 144 yards and two scores.

Another home win for the (3-1) Denver Broncos whose defense stuffed the (2-2) Oakland Raiders 16-10. Raiders RB Marshawn Lynch was corralled for only 12 yards rushing on nine carries. Rounding out the action this week was a rout by the (2-2) Seattle Seahawks defeating the (1-3) Indianapolis Colts 46-18. Seahawks QB Russell Wilson compiled 295 yards of passing and two scores.

(You may contact Captain Kirk and Timmy Giago III at sales@nsweekly.com)