Building access roads is what government does best in National Parks 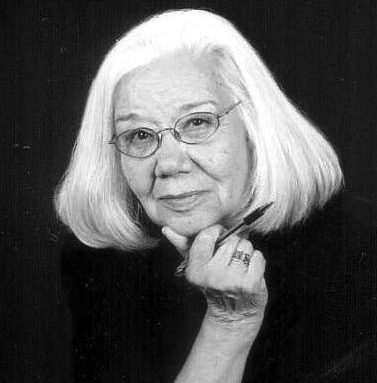 Paving an access road to Rochford, SD and the budgeting of hundreds of thousands of dollars of federal money to do so is AGAIN on the agenda of the residents of that city who meet at the Pennington County Administration Building every now and then to discuss this TEN YEAR project.

The project may go forward if the four or five members of the Pennington County Board can come to some kind of sensible agreement. They did not do so at the June 7th meeting.

Part of the rationale for objecting to the project is that the gravel road which has existed there for a long time crosses the tribally designated spiritual area called Pe Sla, and it is feared that making it more accessible for the convenience of the Rochford residents will simply bring more unwanted development to a pristine area.

The other argument is that it is not Indians nor Indian Tribes who are asking for paving the road and it is, therefore, seen by some as a blatant aggression against the tribal nation need for religious sanctuary in a place of INDIGENOUS origin. I know very little about the Pe Sla agreement but what I do know is that this proposed “access” improvement is a blatant ruse for eventual and further development, which means that other bureaucracies (both State and Federal) have an unspoken interest in how this is resolved.

As I listened to the self-serving non-tribal voices that filled the room I thought that someone might bring up what concerns us, i.e., Treaty Issues….knowing that one of the principle tenants of nation to nation agreements and the notion that when the boundaries of the Great Sioux Nation were drawn, the principle of “consent” was embedded. No one mentioned that idea, and no one asked: Isn’t that the basis for nation to nation agreement? What are the responsibilities of counties and cities to know something about HISTORY! Nick Black Elk, for whom a sacred mountain is recently renamed had answers to the question: Do you want to know what PEACE is between dissimilar Peoples? He said this: “The first peace comes within the soul of People when they realize their own one-ness with the universe and all of its powers.” I would suggest that we all re-read some his works.

Another thing to do is to read one of the best books that I know of which describes for me the tension of selfishness and greed I felt in the room at the Pennington County meeting. The book is called THE AGGRESSIONS OF CIVILIZATION, Federal Indian Policy since 1880 Press.

About the time Vine was writing, Marc Reisner published Cadillac Desert lamenting what it is that we humans are doing as we sing that old song about “putting up another parking lot,” and in our own town urging us all to “Do Big Things!!”

Reisner lamented that the Colorado River used to run the sea and it no longer does, and if you read his work, you will begin to understand the tribal sorrow that forces us to recognize the power of EXXON whose mission is to lead human beings to think it is a good idea to put that zu-zu eca sa pa (black snake) under the bed of the Mni Sosa. Rivers everywhere are at risk, as is the country of the tall grass called Pe Sla. The fluvial landscape where I come from used to be wetlands filled with life and now the Old Man cannot find the root that cures his toothache.

Unless we begin to care, there will soon be barren places where life cannot continue. And unless we begin to respect the indigenous philosophy that we humans cannot invade the ways of others who are not like us, we all pay the price One of the traits of AMERICANS is that we have urged upon ourselves no voice but our own. Our selfishness will be our downfall I urge the people who sit at community tables making decisions to listen to other voices and TRY TO DO THE RIGHT THING.