Calling out the greatest evil 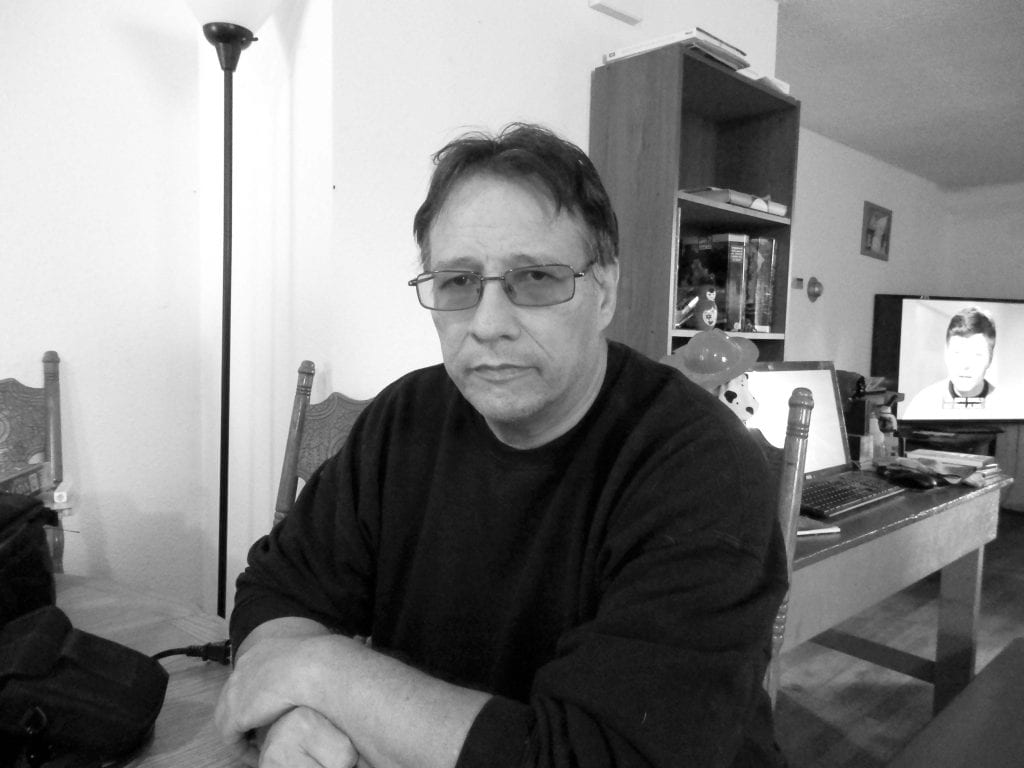 There is something in Indian country that towers above the top of Harney Peak, something carved into the hearts and minds of Lakota people more indelibly than the faces on Mount Rushmore.

My mother kept us from it for a long time, kept it outside our door. She isolated us from the rest of her old reality and never talked about it. But we would walk up the street, the park was just blocks away, and every kid had to go there: there were swings, and a swimming pool, you could fish in Rapid Creek. That was the first time we saw it.

Every park is lined with trees, and under the trees people were sitting and lying on the grass. We talked to those people, said hi, and for the most part they smiled and said hi back. Most of them were disheveled, rough looking, and their clothes were tattered and grimy, but that is not what a child remembers most about them. They had an odor made us step back, not because they were dirty and needed a bath, but an odor that warns your nostrils of danger, not from these people, but from the thing that put them under those shade trees. Like the old Lynyrd Skynyrd tune: “Ewww, that smell, can’t you smell that smell? Ewww, that smell, the smell of death surrounds you…”

Like no other smell in Lakota country, this smell is the smell of death.

You would think, given the destructive power of this thing, given the lives it has ravaged, the lives it has taken, the families it has destroyed, the culture it threatens to destroy, people would have galvanized against it long ago, driven it from the sanctity of their homes, gotten it as far away as possible from the people they love. You would think they would gather in traditional dress, mount horses, and embark in long protest rides against it. You would think they would gather in Pierre, in Washington, united and determined to end the horror this evil thing has caused.

That is a very common behavior in Lakota country—when something is too scary and bad and threatening, you never talk about it. You try to fix other broken, imperfect things that you can face, like that XL Pipeline, but this one thing you don’t face, you don’t bring it up. See, if that pipeline gets stopped we have done something important, saved us from something that would destroy the quality of our life. There is no way that is a bad thing.

These are legitimate concerns, these other things we protest, necessary, progressive changes in the lives of a wronged people, always striving for social justice and a better life for all Lakota, striving to preserve the things of value, the land, the traditions, the culture.

Nothing has killed more Indians than booze. Not poverty, not violence, not disease, not stepping on a roller skate descending the basement steps. Alcohol is the undisputed, undefeated all-time heavyweight champion of killing Lakota, and all the other things that kill Lakota combined can’t hold a candle next to it.

But at this very minute some Lakota someplace are drinking to ominous excess in front of the children. Some Lakota children are taking their first drink. Their parents were maybe in Washington protesting that pipeline, and they gathered with their friends in a grove of trees, sitting on an old car seat, passing a jar back and forth, and they had a wonderful time, because this moment they share is a rite of passage, a twisted sick distortion the Wasicu has given to their culture, far more powerful and destructive than small pox infected blankets ever hoped of being.
The Lakota don’t stop alcohol by banning it; they stop it by not drinking.

They stop it by forcing a daily conversation about it, by teaching their children at home, in school, to stay away from it. They call it out for what it is, the single greatest threat to all things Lakota, and they point to the graphic evidence of its destructive power. They force everything else off the stove top, off every burner, until they can face the reality of what alcohol is, what it has done, what it continues to do.

There is shame in how alcohol makes us “weak and foolish.” Shame in the hearts and minds of a people who have spent tens of thousands of years proving they are brave and strong and resourceful, shame in how they cannot protect themselves from this thing the Wasicu gave them, and how—when under the influence of this thing—the people they love and cherish, have no greater threat to fear, no greater enemy, than their drunken self.

There is a selfishness, a depravity in the use of this horrible “gift” from the Wasicu, no words, however eloquent, can adequately call out, but the saddest thing is, people like alcohol, they don’t want to sober up, they don’t want to face life without their favorite, addictive coping mechanism, and there is nothing they won’t stoop do, no act too heinous they won’t perpetrate to defend their alcohol addiction, against the culture and traditions they claim to honor and respect, against the trusting and vulnerable loved ones at their inebriated mercy.

You want the power to stave off the Wasicu destruction of the Lakota world? You want the wherewithal to have the strength, smarts and resolve to champion all that is worthwhile about the culture you love? Then get sober and stay sober and lead by example.

Man up — face that shame, talk about it out in the open, in every private and public place, sacrifice your addiction to something worth more than you and a billion wretched others just like you — the people you love.