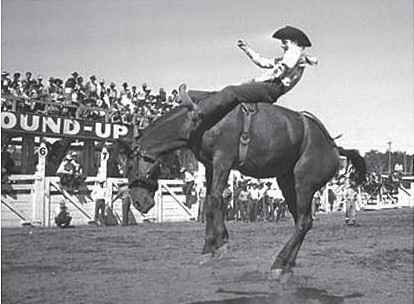 Rodeo stock for the 1950 match came from the Tooke, Greenough, Orr and Fettig bucking strings.

Chase and Hall were inducted into the N.D. Cowboy Hall of Fame in Medora.