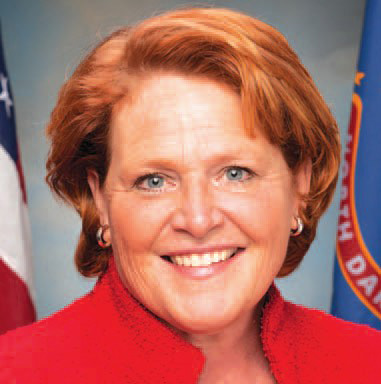 However, a letter they sent to the Bureau of Land Management dated the same day as the vote reveals a hidden agenda to redo the agency’s Methane Waste Prevention Rule.

Azarga Uranium Corp. has asked for a permit for high pressure injection of water with chemical solutions through as many as 4,000 drill holes in the Inyan Kara. 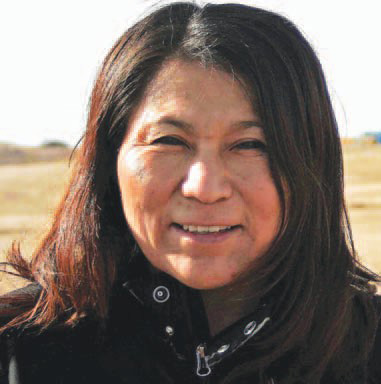 It has requested to be excused from compliance with the Clean Drinking Water Act, because it cannot return the Inyan Kara water to its baseline condition after the injection dissolves the uranium from the rock in the aquifer.

It also has requested another permit to dispose of the Inyan Kara wastewater in the Minnelusa formation.

The EPA issued a draft exemption and draft permits in March, launching the public comment period, as required by law. Underground testing to see whether the company can avoid mixing the contaminated water with the clean water would occur only after final permit grants, according to EPA scientist Valois Shea.

Neither the company nor the state of South Dakota has experience with the proposed solution mining, known as in situ leaching, or ISL. But the process is in use in Wyoming and Nebraska, where White Plume is a prime appellant in an administrative case filed to prevent Canadian Cameco Corp. from renewing an old permit and from obtaining news ones to expand its uranium mining and milling at the Crow Butte project site.

“I don’t trust these uranium corporations because I have been in this battle for protection of sacred water for 27 years now,” White Plume said, noting that Cameco Corp.’s deep disposal wells leaked wastewater for four years before the violation was even discovered at the Crow Butte site in Nebraska.

Radioactive leachate from one of Cameco Corp.’s Wyoming sites recently was discovered leaking from a shipping container when a truck delivered it to a Utah disposal site, which moved the EPA to repeat a warning to the company to improve its monitoring and safety measures.

“Maybe they [the proposed deep disposal wells] are not just for Azarga,” White Plume suggested. “Maybe they want to bring in Cameco’s waste from Wyoming, from Nebraska. You don’t know because they didn’t write that out in their application.”

She advised EPA staff to keep in mind the meaning of Minnelusa in Lakota: swift water. At Rapid City hearings, Keith Janisse admonished the staff to consider that Inyan Kara is a Lakota word meaning “the home of the stone people.”

He said, “I have to just talk for Unci Maka, which means Mother Earth. We all have a common link to this mother and responsibility that we hand this earth down to the seven generations in a better condition than we received it.”

Jannisse called on hearing participants to raise their hands “if you support the 1868 treaty.” Everybody in the audience did, except the people sitting with Mark Hollenbeck, former Edgemont mayor and state legislator, turned lobbyist and local representative of Azarga. They followed his lead.

Like White Plume and other speakers, Janisse called for adherence to the 10-year-old U.N. Declaration on the Rights of Indigenous Peoples, which requires “free prior and informed consent” from impacted communities.