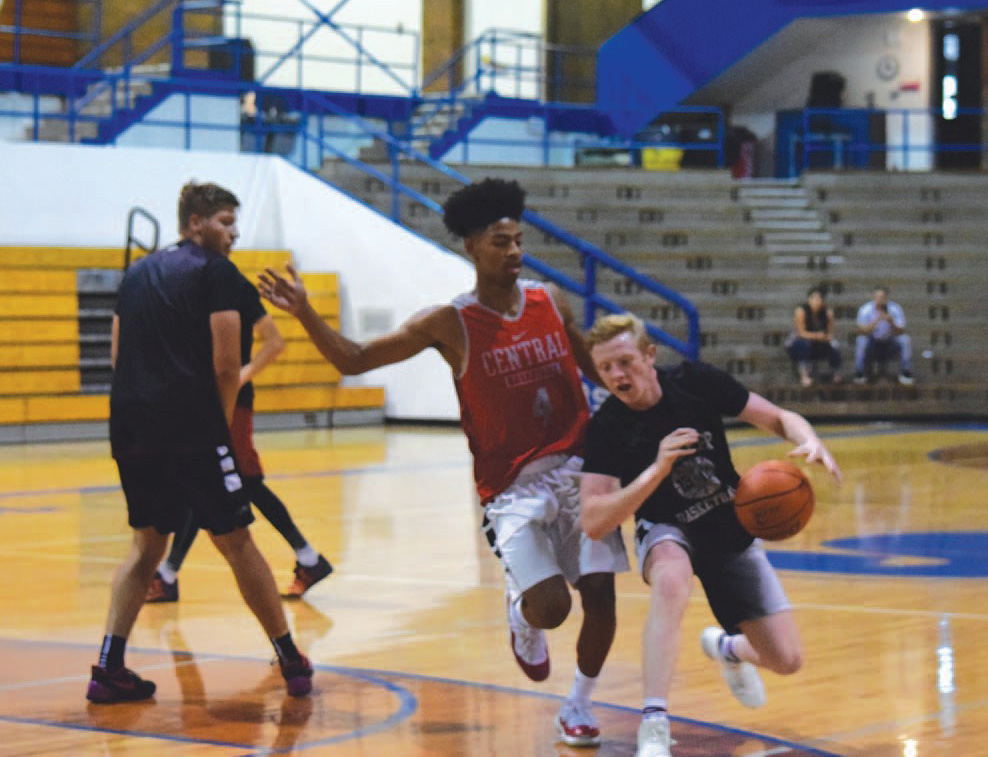 Above, the Scoopers’ Dawson Geuke about to drive around Central’s Kailleb Walton-Blanden, causing Walton-Blanden’s feet to tangle up which twisted his ankle and put him on the bench for a time. At right, Geuke drives to basket between Central’s Nehimiah Baustian, (23) and Elijah Williams (33).

RAPID CITY –– If all it took was dedication, effort and smarts, Dawson Geuke would be the best basketball player in the state. The soon-to-be Sturgis senior looks like anything but a basketball player, or an athlete, but he is the kind of player you build a team around. He is a rock, he has only one setting, doing every possible thing he can to beat you. 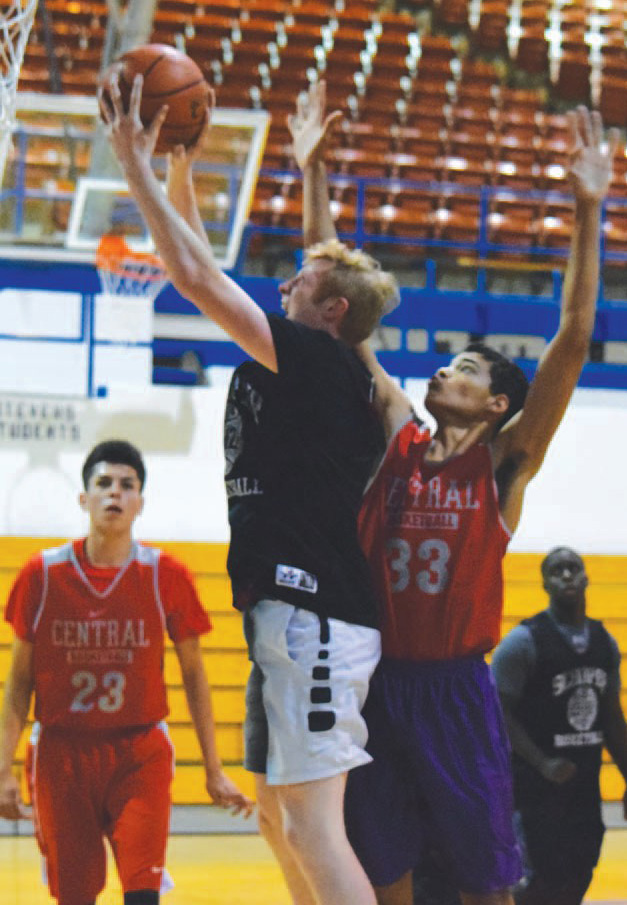 The Scoopers were handily defeated by Rapid City Central in the first afternoon game of the Stevens Summer League last Wednesday, the 62-38 blowout ending with a Kailleb Walton- Blanden slam dunk. Try as he might, Geuke couldn’t spark his Scoopers into mounting a comeback.

But he was missing some key parts, namely Connor Crane, a 6-5 high energy big man elemental to any Scooper hopes for success next year. Then there is Jace Fischer, a talented shooting guard, capable of disrupting an offense with pesky hands and quick feet, but always struggling to get his bearings on the task at hand. 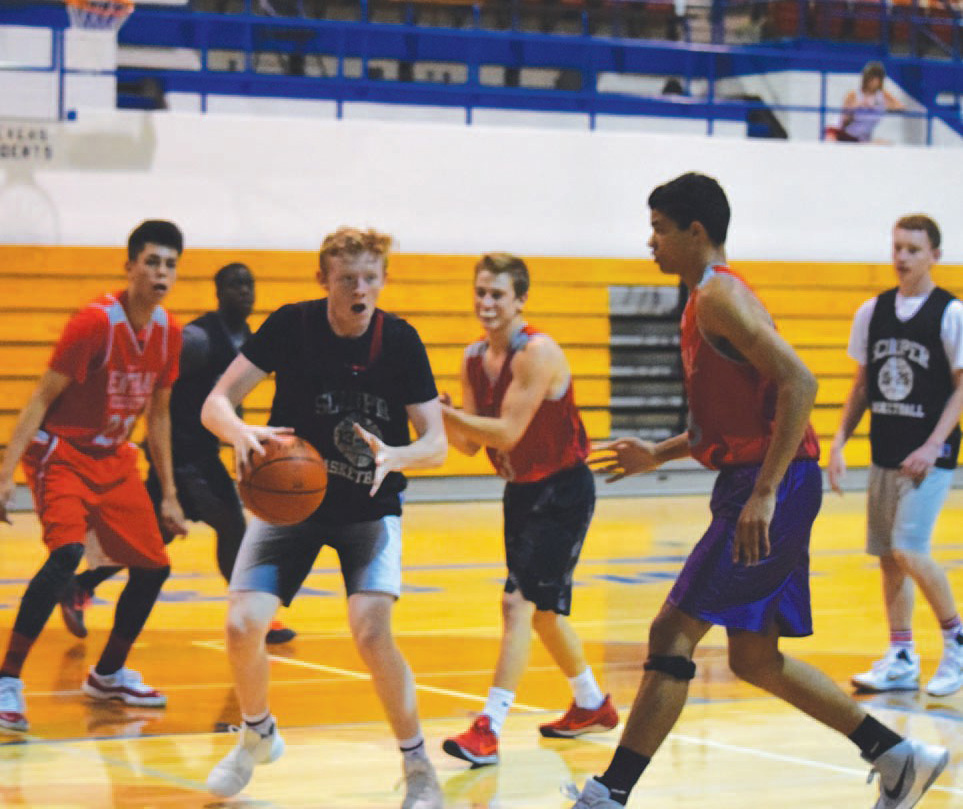 Without those two players, it is all on the shoulders of Geuke, Ryan Garland and Jay Krull. That is not enough to beat Central, a team that has proven itself the best team in the Summer League, and they should meet Douglas in the League championship game. This league may not garner much attention outside of this paper, but it is a chance to see these players in a far more intimate, accessible and revealing setting, and it gives all of these players a chance to get to know each other, to become familiar with the strengths, weaknesses, tendencies and other teams and players.

Sturgis actually led 2-0 on Krull’s inside move, but Walton-Blanden and Elijah Williams soon made that 10- 2, Central. They did it with Walton-Blanden’s speed and aggression, and by Williams dominating the offensive glass and dropping putbacks. A Walton-Blanden bucket built the lead to 12-4, before Garland hit a three, his specialty, Cedric Stabber followed with a jumper, and Krull went to the line for two, which he made, despite hobbling on an ankle twisted by the previous foul.

That meant without Crane or Fischer, the Scoopers had been scrappy enough to hang with the Cobblers for almost 16 minutes.

Central had a 26-20 lead at the half, and they built that to 33-22 on two Walton- Blanden free throws. Geuke drove the baseline for two, he hit a three, he hit foul shots, but despite all of his efforts, Sturgis was still down 40-28 with 11 minutes to play.

Discouraged, their defense broke down, and when Jaxson Schmaltz put a move on that left him wide open for an uncontested layup, one of the Stevens players watching the game, said, “He faked out the whole team!”

The Cobbler line-up was pretty impressive, Dylan Hay, Camden Talley, Nehemiah Baustian, Kyle Elder, and Celio Montgomery. They have lost some height and power due to graduation and transfer, so the task for Coach TJ Hay will be getting a solid inside game going to take some pressure off scoring threats like Hay and Walton-Blanden. This problem was never solved last year, but with some hard work and some time in the weight room, Williams and Baustian could provide that service.