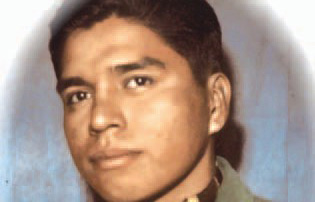 KYLE –– Charles Anthony Long Soldier Sr., 67, made his journey to the Spirit World on Wednesday, June 14, 2017 at the Bennett County Hospital in Martin.

Charles attended grade school and graduated from the 8th grade from the Crazy Horse School in Wanblee. He was an Army veteran. Charles entered into the United States Army on November 15, 1968 in Fort Lewis, Wash. when he was 19 years old and was honorably discharged on March 16, 1970 serving a total of one year and three months with 9 months of Foreign Service. Charles was stationed in Fort Lewis, Wash., Fort Sill, Okla., and also in South Korea during the Vietnam War.

Upon his return from the Army, Charles attended college at the School of Mines and Technology in Rapid City, Black Hills State in Spearfish & Oglala Lakota College in Kyle. After college, Charles was an EMT for many years, BIA Wild Land Fire Fighter, a volunteer D.J. at KILI Radio, Commander of Post 269 in Wanblee and a Media Coordinator at Oglala Lakota College. Charles volunteered for many different things throughout the area, he was an activist for many people whose voices were not heard, and also an activist for human and civil rights. Charles working career ended soon due to an automobile accident he was that forced him to stop working. Charles will be missed by all who knew him and by the many people he stood up for.