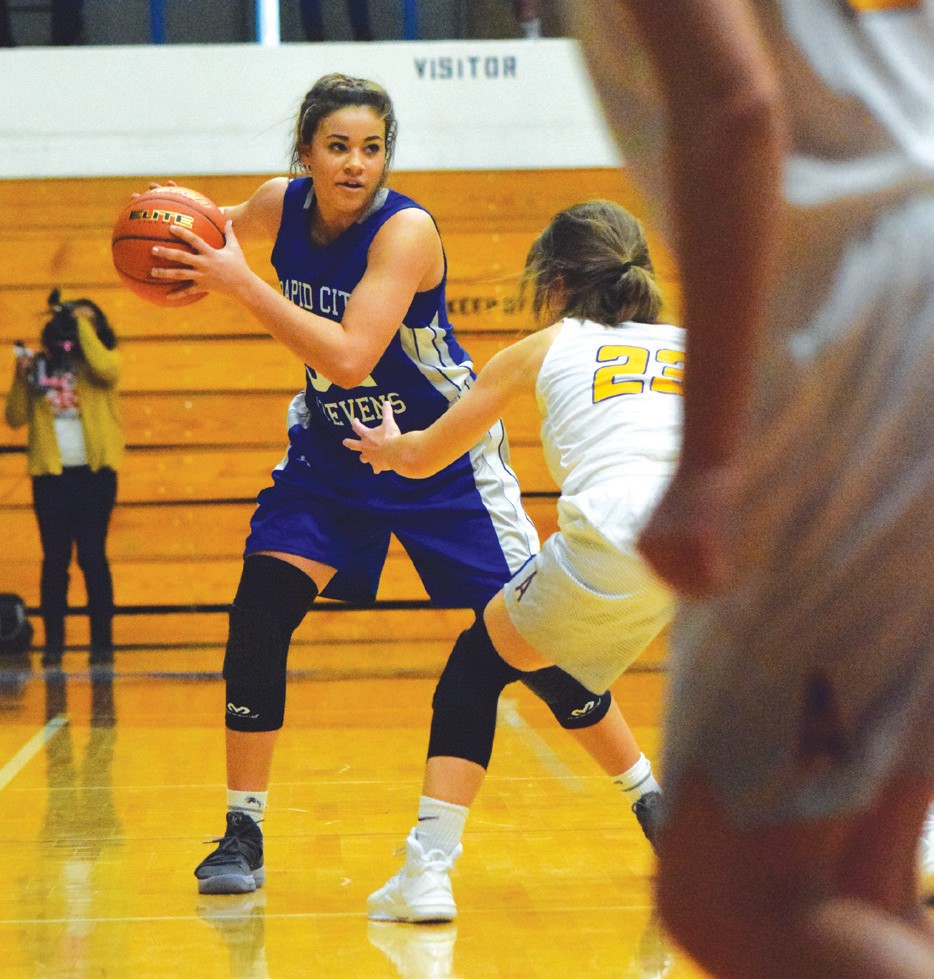 RAPID CITY — Every season at this is the time the separation between the haves and have-nots starts to establish itself. One thing is becoming certain— West River appears to be much more competitive in all three classes than they have for a number of years. Once again we will go region by-basketball-region, starting with Girls Class B.

Burke/South Central is 5-2 with a 44.143 rating and leading Region 6 B. Lower Brule handled second place Philip in Region 7 B, at home, no problem. They are 5-2 and have a 43.714 rating. Lower Brule were soundly whipped by Pine Ridge at LNI, 62-35, but they will get a chance at revenge when they drive down to Pine Ridge on January 13. Surprising Faith is flat out soaring in Region 8 B. They are 8-0 and have 46.875 points. Their opponents have a combined record of 35-24, so they are not beating up on cellar dwellers. Only Waubay/ Summit in Region 1B is rated higher than the Lady Longhorns.

Crow Creek has not slowed down since their LNI victory. The Lady Chieftains are 9-0 in Region 6 A, and at 45.667, the top rated Class A team statewide. On paper, 7-2 Todd County should be the best team in Region 7 A, but they lost badly at LNI and 6-3 Red Cloud just beat crosstown rival, Pine Ridge, so they rule this region, at 44.222. The teams in Region  7A have not displayed any consistency. It takes some doing to put four-time defending state champ St Thomas More in second place, but Belle Fourche has done just that. Both teams are 8-0 in Region 8 A, but the Lady Broncs lead 45.375 to 44.500. They are headed for a January 30 showdown at Belle. We don’t normally cover a non-Lakota matchup, but we’ll make an exception for this game. We need to support West River excellence.

After the OT loss to White River at LNI, Crow Creek lost to McLaughlin but they have been impressive otherwise and lead Region 6A at 8-2,44.200. Red Cloud has established themselves as top dog down in Region 7 A, with a stirring come-from-behind win over archrival Pine Ridge. Christian McGhee’s charges at 8-1, 44.667. Coach Kyle Courtney lamented that Rapid City Christian had to jump up to Class A, but his gritty bunch is 5-1 and leading Region 8 A, 5-1, 43.167.

Let’s look at the reasons why Brandon Valley at 5-1, is rated over 8-0 Rapid City Stevens, 44.167 to 43.750. The Lady Lynx opponents are 21-19, and the Lady Raider opposition is 18- 36. That isn’t Rapid City’s fault, and the sad part is they won’t meet Brandon Valley during the regular season. As their confidence goes, so goes this Stevens squad, maintaining focus and resolve for 32 minutes is key for them.

Sioux Falls Lincoln (45.250) was dismantled by a Minnesota team, but at 7-1 they are still rated above Rapid City Central (44.000), who is 9-0. Even 6-0 Harrisburg is rated above Central. Rapid City Stevens is a surprising 7-1 and looking good in fourth place. The Cobblers meet 6-1 Sturgis Friday night in Rapid City. Should be a barn burner.