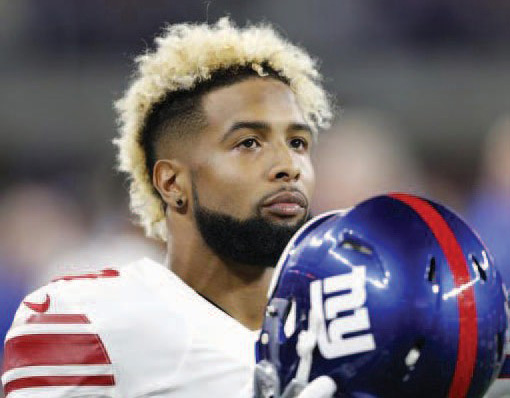 New York Jets RB Matt Forte left with a knee injury. San Diego Charger RB Melvin Gordon was carted off the field with a hip injury and did not return. Meanwhile teammate and Rookie sensation Joey Bosa suffered a neck injury and was ruled out. Dolphins QB Ryan Tannehill was hit in the leg in the third quarter and missed the remainder of the game. Head Coach Adam Gase thinks it may be an ACL tear.

For the second straight week a quarterback has had to play through a thumb dislocation this time it was Lions QB Matt Stafford. In Minnesota, Vikings WR Laquon Treadwell was ruled out with an ankle injury while Colts WR Donte Moncrief suffered from a hamstring injury. Philadelphia Eagles RB Darren Sproles left with a head injury while Packers TE Jared Cook had a chest injury. Packers Aaron Rodgers tweaked his calf already playing with a hamstring injury. 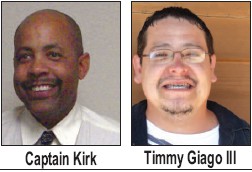 “Don’t mess with Eric Dickerson,” chided our guru Timmy. As Head Coach Jeff Fisher was fired by the Los Angeles Rams after 20 years of service with the organization. Fischer experienced many losing seasons for the Rams in his tenure.

“Speaking of the Packers, they are on a three game winning streak,” noted the Captain. That is right, they are coming alive down the stretch improving to (7-6) as they rout the (8-4-1) Seattle Seahawks 38-10. Seahawks QB Russell Wilson was intercepted four times as the ball continually bounced off the shoulders of his receivers into the hands of the Packers secondary. Rogers has appeared to find a new target in WR Devante Adams who hauled in 104 receiving yards and a score. Rogers himself seemed to find his groove despite nursing a sore calf and hamstring tossing for 246 yards and three scores.

“That Thursday Night Football game between the (10-3) Kansas City Chiefs who now moved into first place defeating the (10-3) Oakland Raiders 21-13. The Raiders appeared to have been slowed by the cold weather in Kansas City as the Chiefs special teams set the tone in scoring mainly Tyreek Hill who was unstoppable on kick returns and a downhill 39-yard touchdown catch. Chiefs QB Alex Smith seemed poised completing 261 yards and a score.

There were numerous cold weather games this week with a great match up I witnessed was the (8-5) Pittsburgh Steelers who outlasted the (6-7) Buffalo Bills 27-20. As Steelers RB LeVeon “answered the” Bell who put on quite an offensive performance with 236 all-purpose yards and three touchdowns. “The Steelers seem to be on fire this time of year,” stated our guru Timmy. In past seasons Steelers QB Ben Roethlisburger seems to heal from injuries around this time. Now with the four game suspension of Bell being lifted and coupled by the receiving hands of Antonio “Neno” Brown the Steelers are poised to make a post season push.

Former Saints Linebacker Will Smith is in the top of the news as defendant Cardell Hayes has been found guilty of second degree manslaughter charge for the murder of Smith. Hayes pleaded his case but could not convince the jury that he was innocent claiming self-defense for shooting Smith in the back eight times.

Saint celebrities attended the session to include Head Coach Sean Peyton and QB Drew Brees to show support for Smith’s family. The courtroom was filled with tears of relief from Smith’s family and tears Hayes’ mother upon hearing the news of a possible 40 year sentence for her son. The jury in the case was escorted home almost immediately after the case for security matters. Both teams ended up at (5-8) after the match up between the San Diego Chargers and the Carolina Panthers with the Panthers winning 28-16. Panthers QB Cam Newton finished the outing with just ten completions for 160 yards and one score. Will the Cleveland Browns be the only team without a win this year?

That question is looming on the minds of many fans as the season winds down as the (0-13) Browns fall prey to the (5-7-1) Cincinnati Bengals 23-10. Browns QB Robert Griffin III emerged after a long layoff due to injury tossing for only 104 yards. However, it was the ground attack of Bengals RB Jeremy Hill who pounded the gridiron for 111 yards and a score.

The red-hot Detroit Lions are roaring getting their fifth straight win by defeating the (3-10) Chicago Bears 20-17. Lions QB Matt Stafford lifted his team with a six yard run for a touchdown coupled by 223 yards of passing to seal the deal for his team. The (7-6) Houston Texans move into a first place tie by defeating the (6-7) Indianapolis Colts 22-17. It was Texans RB Lamar Miller averaging over five yards per carry and rumbling for 107 yards carrying his team on his legs. In Minnesota it was the (7-6) Vikings that back on the winning track defeating the (2-11) Jacksonville Jaguars 25-16. Vikings QB Sam Bradford had the ‘Midas Touch’ tossing for 292 yards and a score.

It was a break out game for Vikings WR Adam Thieland who rumbled for 101 yards on the day solidifying the win for the Vikings. Have you ever heard a coach say don’t tackle them? Those were the plans of the (5-7-1) Arizona Cardinals in the final seconds of a loss to the (8-5) Miami Dolphins 26-23. With just a few ticks left on the clock the Cardinals were supposed to hold up the Dolphins but mistakenly tackled them allowing Miami to call a time out and place a 22-yard field goal to end the game. Cardinal Head Coach Bruce Arians clutched his hands over his head in disbelief.

Miami WR Jarvis Landry had quite an afternoon in the pouring down rain compiling 103 yards receiving. Still hanging around for a playoff shot is (7-5-1) as Washington defeating (5-8) Philadelphia Eagles 27-22. Washington’s WR DeSean Jackson was the star of the show compiling 102 receiving yards and one touchdown. The Eagles are currently on a four game losing skid after beginning the season (3-0).

In a wild matchup it was the (8-5) Denver Broncos who dropped to the (7-6) Tennessee Titans 13-10. It was a defensive match up for most of the game until a fight broke out between Broncos Aquib Talib and Titans TE Delanie Walker who went for the knees of his teammate Chris Harris Jr. away from the play. “He wasn’t even catching anything just playing dirty,” stated Talib. Broncos QB Trevor Siemein had a great day despite the score amassing 334 yards of passing and one score. Tennessee has now moved into a first place tie with Houston Texans in the AFC South.

Speaking of the AFC South, the high-flying (8-5) Atlanta Falcons who defeated the (4-9) Los Angeles Rams 42-14. Falcons QB Matt Ryan was on fire again completing 237 yards of completions and three scores. Sometimes when things don’t work out bench your quarterback. That is what the New York Jets did as they improve to (4-9) by defeating the (1-12) San Francisco Forty-Niners 23-17. Jets backup QB Brice Petty was off to flying start completing 257 yards of passing in the win. Also on a hot streak are the (8-5) Tampa Bay Buccaneers who defeated the (5-8) New Orleans Saints 16-11. Bucs QB Jameis Winston was the star completing 184 yards of passing on the day.

No one expected this upset or defensive snoozer between the (11-2) Dallas Cowboys and (9-4) New York Giants as the Giants put on some last minute heroics to win 10-7. “Another southern team that struggled with the cold northern air,” noted the Captain. It appears that the Giants have the Cowboys number by handing them both of their losses this season. Cowboy receivers had appeared having trouble grasping the ball as the temperature plunged. Giants WR Odell Beckham Jr. sealed the fate of the Cowboys on a fourth quarter touchdown going untouched for a 52-yard touchdown reception.