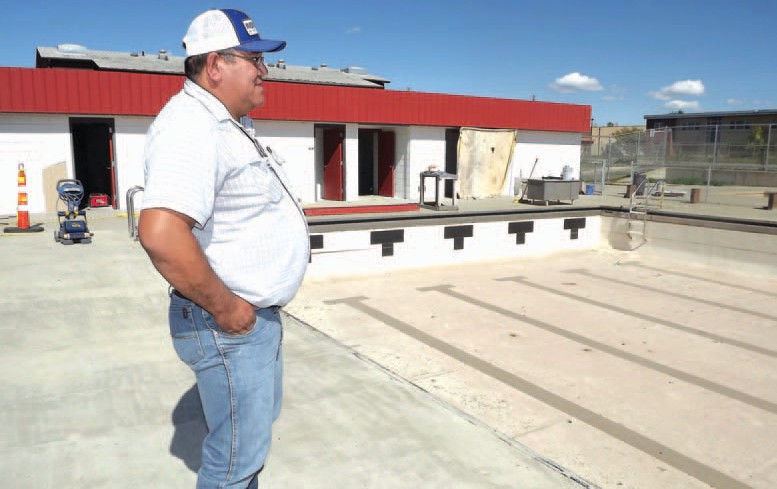 EAGLE BUTTE –– The Cheyenne River Sioux Tribe has nearly completed repairing a swimming pool in downtown Eagle Butte. Reaching this point has not been an easy journey for the tribe and the tribe’s leader, Chairman Harold Frazier.

After years of running into red tape with the Bureau of Indian Affairs about whether or not the tribe could repair the depilated building and swimming pool, Chairman Frazier took action and initiated an executive resolution on July 19th.

The executive resolution rescinded the agency reserve status of the property which houses the swimming pool. Rescinding the agency status placed the land and building under tribal control. 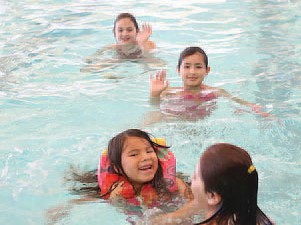 Children enjoy a day of swimming at the Eagle Butte pool.

According to Bald Eagle, the decision by Chairman Frazier initiate the resolution resulted after the BIA told the tribe that they would not allow anyone on the property and anyone doing so would be considered trespassing.

“I didn’t agree with that. How can I, an Indian, be trespassing on my own land, on tribal property?” said Chairman Frazier.

On July 26th, the tribe was notified that the BIA filed a motion in federal court to dismiss the restraining order. The motion to dismiss declared that the United States and its federal agencies maintain supreme sovereign immunity and therefore, tribal courts did not have jurisdiction over the BIA.

As part of the agreement, the BIA agreed not to interfere with renovations of the pool and offered the tribe $500,000 for renovation costs.

“It was a victory over the federal government for us Indians. We exercised our sovereignty and we won,” said Chairman Frazier.

On Thursday, October 28th an independent inspector, hired by the contractor, completed an assessment of the pool renovations.

On Friday, October 29th, the BIA sent its own team of surveyors to evaluate progress of the construction so far.

“Last year the BIA told us that they could not hand the pool over to the tribe until a safety assessment of the pool and the building was done. The assessment team was never sent by the BIA. Now that we are completing the renovations, the BIA is now sending their assessment team,” said Bald Eagle.

The tribe does not have a definite deadline for the completion of the renovations.

“Our goal is to provide a safe facility for the children. We need to create a better quality of life for our children. The children need to know that we are investing in their lives. Repairing the swimming pool shows them how much we care about them,” said Bald Eagle.

Wolakota Construction, a Lakota-owned company, is contracted by the tribe to complete the renovations of the swimming pool.