Custer by any other name, would smell sweet 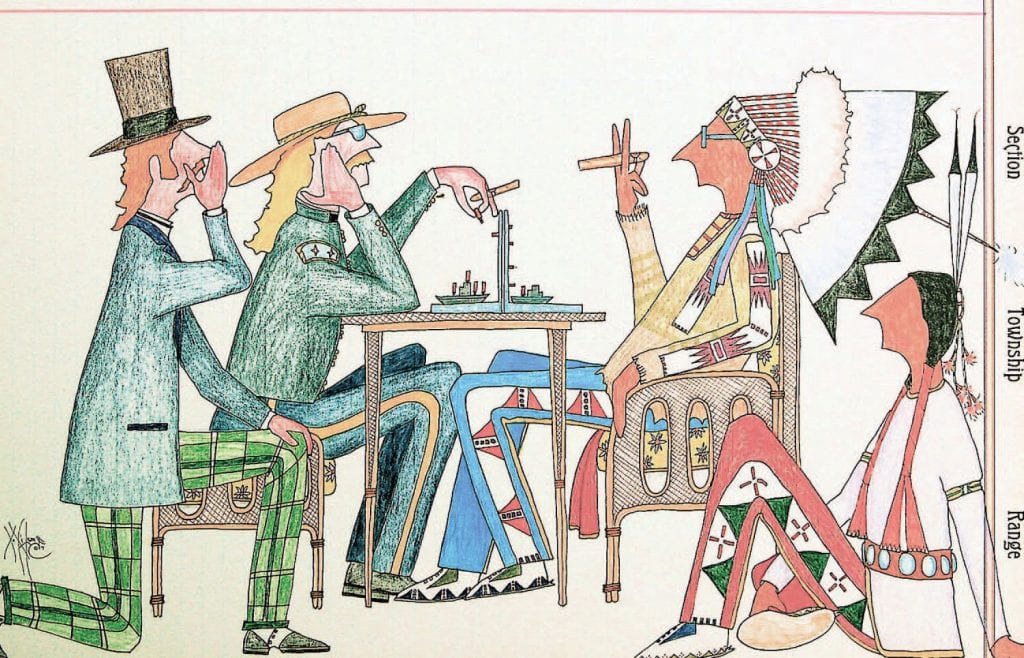 Back in 1575 the Mandan started farming fields at the confluence of the Heart and Missouri rivers in present day North Dakota. They could not know that one day, Mandan, a city of 21,000 people, would spring up, along with a cavalry fort called Abraham Lincoln, which would be made into a state park, along with a reconstructed Mandan Indian village, but not one Mandan would call either place home.

All Mandan were sent far upriver to the Fort Berthold Indian Reservation, which they shared with Hidatsa and Arickara. The Seventh Cavalry, under the command of Colonel George Armstrong Custer, set out from Fort Abraham Lincoln on their ill-fated campaign against the Lakota/ Cheyenne/Arapahoe encampment along the Greasy Grass in southeastern Montana.

Thirty years ago, the city of Mandan undertook a tone deaf, equally ill-fated campaign to celebrate the legacy of Custer, to honor that campaign and the man who led it, with parades and pageantry, in a misguided attempt to boost the tourism value of the Fort Abraham Lincoln history, utterly ignoring how this might impact people from Standing Rock.

They even attempted to rename the Highway 6 Bridge, which any person driving up from Standing Rock would have to drive over, Custer Bridge.

A local journalist objected, and his efforts stopped the renaming, but it cost him his job.

Harney Peak was renamed Black Elk Peak recently, but it still looks down over a town and county named after the worst enemy the Lakota people ever had. Custer wrote in his own book, two years before 1876, that he intentionally targeted women and children to harry the warriors into battlefield mistakes.

Custer was no hero, certainly not as far as Lakota are concerned, but he is not even a hero by the military conduct standards of the Wasicu. The land has been taken, the world of the historic Lakota has been destroyed, everything has been reshaped, critically distorted, to express Wasicu sensibilities, even the way they look at reality (Wounded Knee was not a massacre, but a battle; Little Big Horn was a massacre, not a battle), and on top of all that, the Lakota people must operate in an altered reality where the place names of evil men are honored, and their justified objections summarily dismissed.

Just as we had the power to eventually change the name of Harney Peak to Black Elk Peak, we have the power to wipe the name of Custer from every landmark, site or building. Nothing with which this man’s name is associated, honors it.

One hundred-and-fortyone years after the battle of the Little Big Horn, Mandan still has an elementary school named after Custer. The names we give the things we value matters. The Wasicu would be naming their kids after Custer, if his surname didn’t sound so much like a dessert.