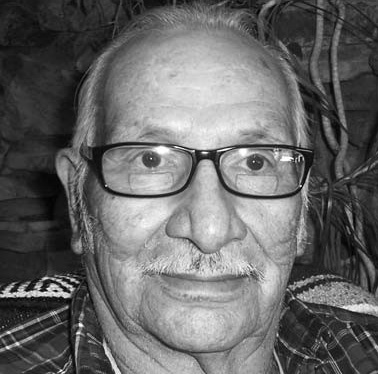 These two stories are about life in the late 1920s to early 1930s. Both stories are during the depression when money was scarce, people bartered for their necessities, and hard work was a part of everyday life.

My mother told me that some people from Pine Ridge and others were from Red Shirt Table would go to Deadwood’s Annual Celebration where they would be paid for their performance. The agreement of payment for their services was money and a fat cow. My mom said after they had got settled in several riders came driving down the road with a bony old milk cow. She said the spokesman representing them was name Jake White Cow Killer.

He told them, “You promised us a fat beef, so take that boney cow away and bring us what you promised or all of us will go home.” So they took the old milk cow away and brought a fat cow to replace it. Hearing this story my mother told me makes me think about how deceit and wrong doing has been going on for over 500 years and will continue in the future. I would hope people would live by the “Golden Rule” like I was taught to treat others the way you want to be treated. But I am a Realist and that don’t seem realistic, not in today’s world. It seems like some people are willing to do other people wrong just to get ahead.

This next story is about potato picking and about a man with a good heart. People from Red Shirt had gone to Scottsbluff- Gering area in Nebraska to harvest produce. They would get paid and also get some produce to take home with them. Mother said it was during the Depression and the farmer said he was taking a load of potatoes to town and he would be back to pay them. When he came back mother said he had tears in his eyes and he told them he didn’t get very much money. He said he would give them half of the money he got because his wife needed some things but they could have all the potatoes and beans they wanted.

They took what they could carry and went back to Red Shirt. Mom said her cousin Amos Iron Plume was there and had $20, she didn’t know where they got it. They hired a truck and went back to Nebraska and got 800 lbs. of potatoes and 200 lbs. of beans. They had something to eat all winter. Stories like these need to be told on how life was after reservations were created and the hardships they endured. Most of the Indians were humble and happy and didn’t dwell on their mistreatment and the lies the Federal Government told them. It was a Government with no conscience, guilt or shame. This is coming from a realist with no bitterness, just based on facts and who did OK in life.