Did the Washington ‘R-Words’ lose a friend in Rapid City?

I had to rub my eyes and refocus on the television screen because I wasn’t sure what I was seeing.

What I saw was the beginning of a story that started more than 30 years ago at the Big Boy Restaurant in Mitchell, S.D.

I was on my way from Brookings to Rapid City when I stopped in Mitchell for breakfast. As I entered the Big Boy (which is no longer there) I spotted sports reporter Bob Lawskowsi of KOTA-TV seated in a booth. He waved me over so I joined him for breakfast.

What was going to be a short breakfast stop turned into a 2-hour marathon. Bob and I talked about some of the great Indian reservation athletes he had covered in his many years of covering sports in South Dakota and then we shifted over to mascots. He asked me why I had written so many articles that were dead set against sports mascots like the “Redskins.” 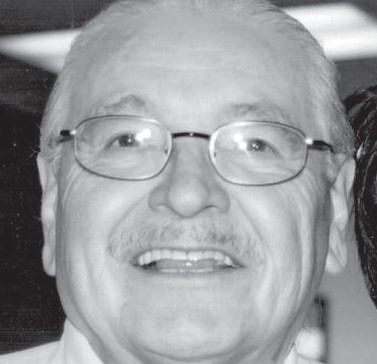 I explained to him that the word itself was repugnant to most Indians. I told him about watching a Washington football game when the fans painted a pig red, tied a feather to its head and chased it around the 50-yard line. I asked him how he thought Black fans would feel if they saw the same thing only the pig was painted black and an Afro-wig placed on its head. I saw the light above his head flash.

I never knew where that short meeting would lead until I watched Bob reporting on an upcoming football game featuring the above mentioned Washington team and the Minnesota Vikings. He did not use the name of the Washington team’s mascot. From that day forward Bob never used the derogatory name “Redskin” in any of his sports casts. The bad thing is that none of the other sports reporters in Rapid City followed his lead. He had done something no other sports reporter in the history of sports reporting in South Dakota, and probably anywhere else in America, had ever done and no one else caught on.

Bob is no longer with us but I will never forget that he made an effort to change history and was largely ignored by every other sports reporter in America. But he had the guts to do it after listening with an open mind to an American Indian’s reasoning. No one caught on except Bob. Other sports reporters on radio, television and in our local daily newspaper never caught on even to this day except one: And his name is Vic Quick.

I was watching sports on KOTATV on Friday night last week when reporter Quick started to talk about Sunday’s upcoming games in the NFL. There are two teams that are always prominently mentioned locally and they are the Denver Broncos and the Minnesota Vikings, probably because of their proximity to South Dakota.

As Quick spoke the names of the teams he mentioned appeared on the screen. They appeared as Denver Broncos v. New England Patriots, and Minnesota Vikings v. Washington. Say what? There was no mascot name listed after Washington. Was this a grievous error by the television station or did the sports reporter deliberately, out of respect for the local Native American fans, leave out the name “Redskin?”

“It was deliberate,” Quick said last week. “I know that the term is derogatory to Native Americans and we have to start somewhere to stop this kind of racism,” he added. Bob Laskowski wherever he is, must have a big smile on his face. He stopped using the R-Word in hopes that other local television and radio stations would do likewise and he hoped against hope that the very conservative Rapid City Journal’s sports writers would get the hint. He tried but it became apparent after a few months that he is the only one who “got it.” He was the only one who saw the racist word “Redskins” used so nonchalantly by other sports announcers, as demeaning to his neighbors the Lakota people.

No white sports announcers would ever use words demeaning African Americans, Asian Americans, Muslim Americans or Hispanic Americans and yet they frivolously bandy the word “Redskin” about without giving it a thought. Many years ago I wrote, “We are human beings and not mascots for America’s fun and games.”

Several colleges “got it” as did many American high schools. They realized that racism is not a part of their traditions no matter how far back it goes.

I doff my hat to Vic Quick and I hope that his small efforts to confront racism in Rapid City spreads to the rest of the City’s media and eventually across the state and even the Nation. The word “Redskin” is hateful and demeaning to American Indians. Look it up.

(Contact Tim Giago at najournalist1@gmail.com. Giago is an Oglala Lakota born, raised and educated on the Pine Ridge Indian Reservation)