Does the Oglala Sioux Tribe still hold claim to the Black Hills? 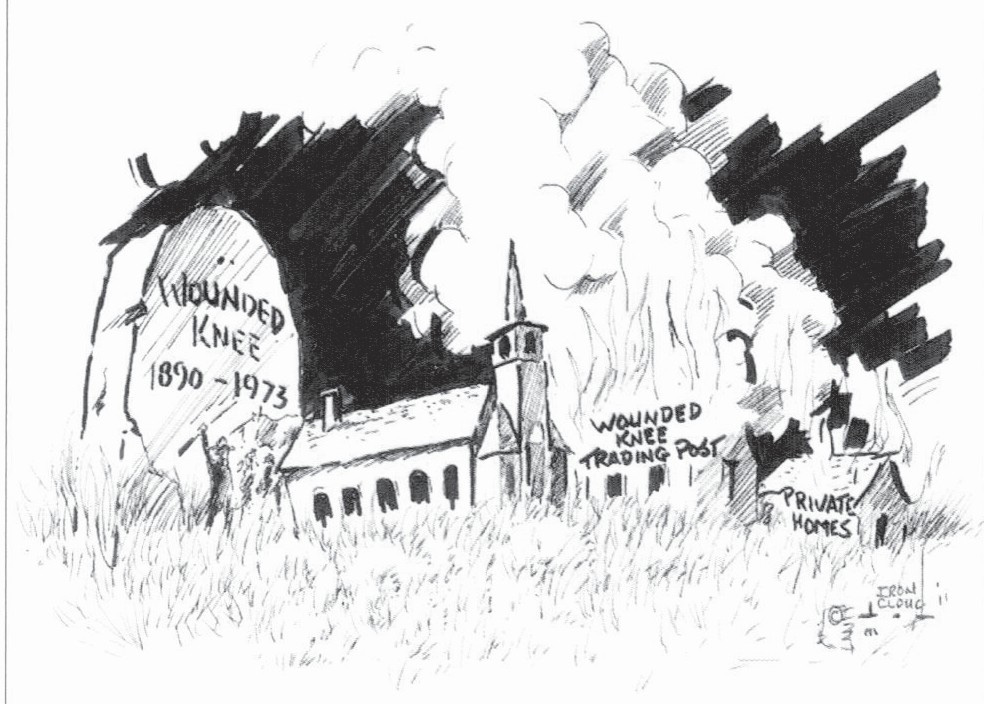 The oral history of the Oglala Lakota recalls that the great Lakota warrior Crazy Horse was born along the banks of the Minneluzahan or Rapid Creek, the very same creek that still runs through the center of Rapid City.

Back then the Rapid Creek and all of the He’ Sapa (Black Hills) were a part of the lands the Lakota People considered to be Sacred. The Black Hills were taken illegally by the United States Government in 1877. “A more ripe and rank case of dishonest dealings may never be found in our history,” said the great Supreme Court Justice Harry A. Blackmun.

But in lieu of that illegal seizure of Lakota land the Tribes of the Great Sioux Nation have refused to accept monetary compensation for the land even though the money offered for the land in 1980 has now exceeded $1.4 billion dollars.

This means the Sioux Tribes still consider the stolen lands as a part of the Great Sioux Nation. There are more than 20,000 Lakota living on the lands in and around Rapid City and if the Oglala Sioux Tribe and the other Tribes of the Sioux Nation still consider the Black Hills to be a part of the original Treaty lands named in the Fort Laramie Treaty of 1868 then why are the Lakota citizens residing on those lands not allowed to participate in selecting the leadership of the Oglala Sioux Tribe and other Tribes of the Great Sioux Nation?

Many Lakota living in Rapid City are still legitimate land owners on the Pine Ridge Reservation. If we are to be excluded from participating in tribal elections and in other activities that have an impact upon our lives does that mean that the Oglala Sioux Tribe does not claim the Black Hills as Tribal Treaty land anymore? Those Lakota living in Rapid City, if the Tribe still claims this land, are legitimate citizens of the Oglala Sioux Tribe and to deny us the right to vote or run for office is disenfranchising us from our legal heritage. This is wrong is so many ways. As an example the Comanche Nation’s headquarters are located in Oklahoma, but the land holdings of the original Comanche extended all of the way to New Mexico and Texas and if you are an enrolled member of the Comanche Nation you are allowed to vote in the tribal elections and to run for office no matter where you lived. It is only right.

Another example, most of the city of Martin is not considered to be a part of the Pine Ridge Reservation. And yet the Lakota living in Martin, off of the reservation, are still allowed to run for office and to vote. Many of the Lakota living in Rapid City were born, raised and educated at Pine Ridge and moved to this city to attend college or to find jobs. They moved here out of necessity and now they are being penalized for trying to improve their lives because there are few job opportunities at the present time on the reservation.

The founder of Native Sun News Today, Tim Giago, was born in the old hospital in Pine Ridge Village and educated just down the road at Holy Rosary Indian Mission (Red Cloud Indian School). Many of his relatives still live and work on the Pine Ridge Reservation and that is true of most of the employees at Native Sun News Today. He started his first newspaper Lakota Times right in the heart of Pine Ridge Village across the street from the Sioux Nation Shopping Center and he would have kept his newspaper and jobs in Pine Ridge Village if there would have been a building available to house his newspaper after he bought a printing press. There were no buildings big enough at the time so he moved the paper to Rapid City.

The Lakota Times later became Indian Country Today and it would have remained in Pine Ridge if there had been a building big enough to house the growing business.

The point we are making is that most of the Lakota living in Rapid City consider the Black Hills to be a part of the Great Sioux Nation yet and we are living on Treaty Lands. All we are asking is for the right to be citizens of the land of our ancestors. The land we live on is either Treaty Land or it is not: You can’t have it both ways.

(Contract the Editorial Board at editor@nsweekly.com)