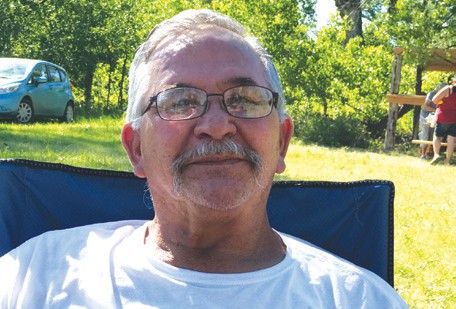 PINE RIDGE — Duane James Brewer, Sr., 70, journeyed to the spirit world on Tuesday, October 24, 2017 at Black Hills Surgical Hospital in Rapid City. He was born on Feb. 10, 1947 to Barbara (O’Rourke) and David O. Brewer Sr. in Pine Ridge. He was one of six brothers and three sisters and lived his early life in Rapid City, and Dallas, and later years at Pine Ridge.

He graduated from Holy Rosary Mission High School in 1966, and received a certificate from the Denver Electronics Institute in 1972. He entered the United States Army in 1967, and served with honor during the Vietnam conflict in 1968/69. Duane was always proud to be a Vietnam War Veteran and spent his later life promoting veteran affairs on the Pine Ridge Indian Reservation.

On December 22, 1967, he married Irene (Sissy) Means in Pine Ridge, while still being on active duty in the Army. He was a communications specialist stationed at Pleiku, South Vietnam during his service tour and received an honorary discharge after his arrival back from duty.

Duane served on the Oglala Sioux Tribal Council for eight years and was employed as a Bureau of Indian Affairs Police Officer and Lieutenant, Xerox Corporation Technician, and Oglala Sioux Rural Water Supply System Director in the years before his retirement in 2006. He was active in many local and national committees and organizations during his lifetime, but was currently serving on the Tribal Nursing Home, Partnership for Housing, and Oglala Lakota Veteran’s Organization Board of Director’s until his untimely death.

He was a good-hearted man that always went out of his to help others and made people feel like they were somebody, especially those less fortunate. His dedication, loyalty, and sacrifice for family, friends, veterans, and people in general, will be greatly missed during this time of his passing.

One night wake services will be held at Sacred Heart Catholic Church in Pine Ridge, starting at 3:00 p.m., Wednesday, November 1, with rosary services at 7 p.m. Funeral services will also be held at the Sacred Heart Catholic Church, starting at 10 a.m. Thursday, November 2, with Father Peter Klink S.J. officiating and Mr. Joe Swift Bird offering traditional Lakota services. Burial will be at 3 p.m., Thursday, November 2, at Black Hills National Cemetery in Sturgis. A feed will be provided after the burial services at the Mother Butler Center Gymnasium in Rapid City.

Arrangements are entrusted to Sioux Funeral Home of Pine Ridge.