The exciting finish of Super Bowl 52 left a lot of jaws hanging open.

Bringing some fan-fare to the Super Bowl was Philadelphia native Comedian Kevin Hart. Hart was trying to be funny by attempting to gain access to the Super Bowl Stage. Of course he was immediately blocked by security.

Still a mystery to some Patriots fans is the blocking of Pro Bowl Cornerback Malcolm Butler who was benched by Coached Bill Belichick prior to the game. “They gave up on me,” stated Butler, who was reduced to playing on special teams. “I don’t know what it was. I guess I wasn’t playing good or they didn’t feel comfortable.” 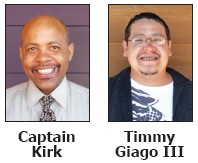 Coach Bill Belichick told reporters that it was a “coaching decision.” Butler was the star of two Super Bowls past, made a game saving interception to beat Seattle is now an unrestricted free agent. Halftime shows are always a focus of the Super Half Time Show. Being In Minneapolis, Minnesota, what a fitting stage to honor the late superstar Prince. Performed by Justin Timberlake, a large projector was used to highlight Prince. Holograms were not used in this case because of the late singer’s belief. Afterwards, Prince’s family including half-brother Omar Baker tweeted “a thumbs up” to his performance.

Thank you Commander, you always have interesting comments,” stated the Captain. Super Bowl 52 had something very few fans expected; offensive fireworks. With both teams being listed in the top ten of defenses, you would never know it by the score. A couple of field goals by each team started the event with defenses playing solidly in the red zone.

Eagles WR Alshon Jeffries started of the offensive show hauling in a 34-yard touchdown by QB Nick Foles with a failed extra point. Seeking revenge against his old team was Eagles RB LaGarrette Blount who gashed the Patriot defense with a 21-yard touchdown run to increase a second quarter lead. “There were a lot of extra point try misses and failed two-point conversions in this game,” stated the Captain. In the second quarter the Patriots scored their first of many touchdowns with a 26-yard run from RB James White. In the third quarter “trick plays” were featured by both teams including “end arounds” that included a receiver throwing to a quarterback. Patriots attempt at this failed but the Eagles were successful with theirs with QB Nick Foles reception for a score.

A back and forth contest of scoring between the two teams until a strip-sack and fumble by Brady led to the Patriots demise. Wideout Brandon Cooks went down with a head injury that appeared to limit the Patriots chances. The old “Hail Mary” pass by Brady to Gronkowski in the end zone with no time remaining failed to give the Philadelphia Eagles their first ever Super Bowl win 44-33.

In a post-game interview Patriots QB Tom Brady stated,” We didn’t play well enough to win… it sucks to lose. “Super Bowl records on offense were made as QB Nick Foles tallied 373 yards passing and three scores. Aided by his running game was Eagles RB LaGarrette Blount who rushed for 90 yards and a score while teammate WR Corey Clement hauled in 100 yards with a score for the Eagles. On the flip side Patriots QB Tom Brady tossed for an amazing 505 yards of passing and three touchdowns. Patriots WR Danny Amendola totaled 152 yards while teammate TE Chris Hogan captured 128 yards and a score from the air in this offensive thriller.

(You may contact Captain Kirk and Timmy Giago III at salesmanager@nativesunnews.today)