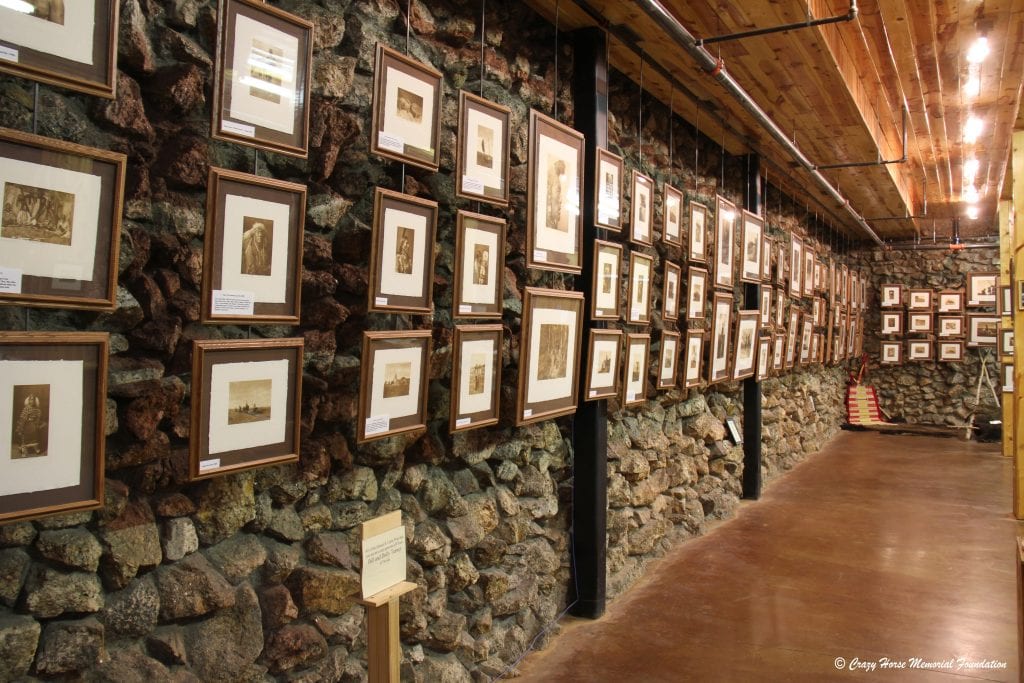 CRAZY HORSE MEMORIAL – Tasunka Witko, Crazy Horse believed having his picture taken would take a piece of his soul, for this reason there is no photo of the great Lakota warrior. If there is one photographer’s work that could support this belief, Edward Curtis’s collection of Native American photographs would be it. These photos capture not only a time period but the beauty in everyday life of American Indians across the West. Some photos convey so much emotion that it is easy to see why Crazy Horse held the beliefs he did.

Edward S. Curtis was an American ethnologist and photographer; in 1906 J.P. Morgan paid $75,000 to commission Curtis to produce a series on Native Americans. The 20 year project became a passion for Curtis, who knew that Native American culture and traditions were vanishing. As he traveled across the country he encountered hundreds of tribes and was often invited to join in rituals, study their languages and learn the stories of the tribes. Along with the 25 sets and 500 original prints, Curtis captured more than 10,000 recordings of songs and stories and used motion picture film to record parts of ceremonies.

The 25 volume set of photos were almost immediately recognized as an invaluable record and considered a profound tribute to North American Indians. Curtis gained national recognition and was a celebrated photographer for many years. As time went on, his work began to receive criticism for Curtis’s use of staging. In a time period where traditional Native American life was being intertwined with western ways, Curtis would have his subjects remove such items as suspenders, boots, hats and parasols in an effort to show a more historically accurate representation of his subject’s heritage. It was also common practice for Curtis to pay his subjects and stage scenes.

The images that depict proud Native American warriors were especially criticized since life for most Native Americans in the early 1900’s consisted of living on reservations with little dignity, rights and freedoms. Other critics applauded his work of removing western influence and showing an accurate representation of traditional culture. In the end, his use of inaccurate traditional dress and rumors of staged ceremonies knocked the renowned photographer off his pedestal. By the time the project was completed in 1930, Curtis’s fame faded and most of his wealth was gone and he lived out the rest of his life as a gold prospector and second cameraman in Hollywood.

Crazy Horse Memorial recognizes Curtis’s work for the talented artist he was, and is honored to have hundreds of his prints on display. The prints were mailed to the Crazy Horse Memorial Foundation in several boxes, with all of the prints stacked neatly on top of one another.

Once the donor was identified and the items authenticated it was up to the INDIAN MUSEUM OF NORTH AMERICA® staff and the Crazy Horse Memorial Foundation to ensure the prints were properly framed and preserved. It was through the generous donation of Bill Turner, that the Curtis print preservation project was completed. Today visitors can enjoy these breathtaking photographs in the lower level of the NATIVE AMERICAN EDUCATIONAL & CULTURAL CENTER® at Crazy Horse Memorial.