‘English education’ and cultural knowledge must be balanced 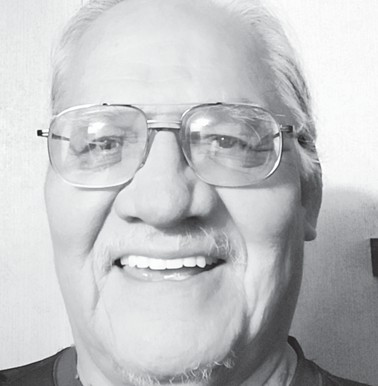 A sad and undeserved reality for the descendants of the original Oceti Sakowin (Seven Council Fires) is that basic knowledge of our treaties with the United States is unknown. More than likely, this shortcoming has affected the majority of natives in the west river area (treaty territory). Then there are a small number of elderly men selfishly claiming to be treaty authorities.

I must point out the fact that these few have isolated themselves from the Oyate (People) with their knowledge. They have been working within a confusing array of Treaty Councils, each claiming to be the one treaty authority. No one seems interested in finding the middle ground for the sake of unity, growth, and advancement. All the while, the rest of us are without a clue regarding our treaties.

Eager to learn, I attended my first treaty meeting in 1980 at our local school in Oglala. Sadly, that experience left me utterly disappointed. I saw these elderly men sitting around the table arguing as to who was the most knowledgeable. The discussions became heated and one of the men angrily packed up his briefcase and stomped out the door.

The wife and I were the only attendees occupying in the bleachers. I did not attend another meeting until about twenty years later at our casino. Being such a large crowd, I stayed wanting to see some semblance of evolution. However, I saw the same groups vying for prominence and leadership. Thwarted again, I left and haven’t attended another meeting since. Wanting to learn, I continued by asking questions of the various men that were involved. This didn’t pan out though as the pointless bickering continued within their responses to my queries. One gentleman even told me I was too young to work with treaties. Another told me I should not be involved because my ancestor is not a treaty signer. In other words, I have no business in treaties.

Meanwhile, there are those in favor of accepting the $1.4 billion (now) that Congress “paid” as “just compensation” for illegally taking the Black Hills in 1877. Attorneys are also interested in this so they can get paid for their work with the Fort Laramie treaties. Throughout this blur of activity, the majority of remain unaware and our poverty-stricken youth see only the money and not the history behind it.

The only information I have been able to access is literature authored by both native and non-natives. I have been cross-referencing what little treaty knowledge I was able to acquire with these texts. I offer some basic information and knowledge regarding our treaties with the United States for those young adults who may use it to “jump start” their interest.

In the midst of our dire poverty, federal and “tribal” governments provide a few with a good income and that is their primary concern. I believe these people don’t care one way or the other about their culture and treaties. At the same time, Lakota language speaking elders holding cultural knowledge are steadily diminishing. So, what does a treaty mean to us here on the Pine Ridge or to any of the other 1934 federal Indian Reorganization Act governments? For one, a treaty is the “supreme law of the land.” Its authority surpasses state and federal laws yet our elected “tribal government” officials are forced to inelegantly concede to this oppressive congressional authority.

The United States entered into more than 500 known treaties with various native sovereign nations. However, all of them were broken, changed, or nullified when such action served federal interests. Violating treaties does not nullify them any more than committing a crime nullifies the law. The violation of treaties reflects of the U. S., not on the integrity of the treaties.

The age of a treaty does not invalidate it. Actually, the U. S. Constitution and the Supreme Court continually uphold the validity of “Indian” treaties. We must realize that the United States’ disgraceful and degrading colonization methods left a legacy of deplorable conditions on their remaining treaty lands, including an addictive and debilitating dependence. This is actually the result of America’s devious effort to subjugate Oceti Sakowin descendants. There is no other truthful way to look at this.

A common untruth is that the “Sioux” were militarily defeated. I point to Article I of the 1868 treaty, “From this day forward all war between the parties to this agreement shall forever cease.” We’ve maintained our end of that peace with integrity and honor. The United States cannot claim the same. We even helped fight their wars and in doing so defended our remaining treaty lands and secured our cultures.

So the common mainstream stereotype is that “Indians” now live on land “gifted” to them by their munificent government. This particular typecast exists even among natives which lends to their discontent and cynicism toward federal government in general. Many believe their relatively tiny reservations are concentration camps and they are political prisoners.

Actually, the five “Indian” reservations in western South Dakota are the remains of the 1851 treaty territory which touched five current states. These small pieces of land are what are left in the wake of a series of congressional acts designed to appropriate the already diminished treaty territory.

In fact the He Sapa, a central of the 1851 treaty land was stolen in 1877. Congress, in 1980, proved this by offering millions of dollars to the “Sioux” as “just compensation” to correct its wrongdoing. The “Sioux” rejected it in favor of keeping their He Sapa. We must never forget the fact that the He Sapa is the foundation of our very existence. Also, the Black Hills land case is the longest in U. S. history.

All of these topics should be common knowledge (and there is more) among our elementary and high school graduates. With an equal background in “English education” and cultural knowledge, they will have both feet on the ground. I believe this is what our ancestors envisioned decades ago.

What is still absent is an elementary Social Studies curriculum designed to acquaint our children with their culture, language, and history, which includes the Indian Reorganization Act (IRA), Bureau of Indian Affairs (BIA), and treaties. Up to this point in our history of “Indian” education, graduates are only aware of state and federal governments.

Our youth are in dire need of a balanced education. Provided such an effort is not waylaid by our own reservation assimilationists or government, our youth may live a life far better than the one we endured. Natives and non-natives in government and education who advocate or participate in racial and cultural assimilation and subjugation have prevailed long enough.