Fate dealt a cruel hand to the Cheyenne 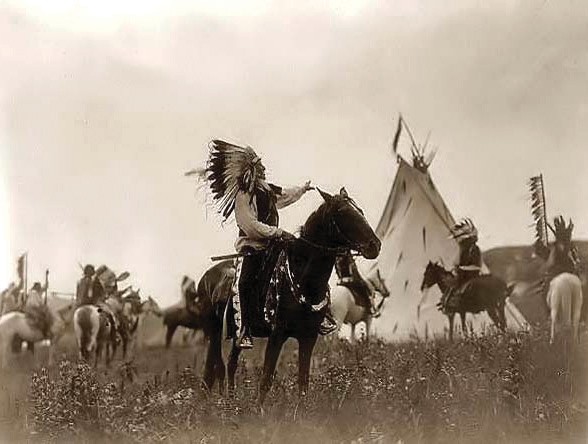 At the time Helen Hunt Jackson wrote “A Century of Dishonor,” in 1881, the Sand Creek Massacre was but 15 years old. Not much longer between the time these words are written and 9/11, and that traumatic incident still deeply disturbs this nation. For soul-chilling, premeditated murder and slaughter, not even Wounded Knee can equal in evil what befell the Cheyenne peaceably camped, and assured protection from, the United States Army, on November 29, 1864.

Two officers refused to lead their men against the encampment of mostly women and children, but the entire force of Colorado U.S. Volunteer Cavalry, was under the command of Colonel John Chivington, whose words live in infamy: “Damn any man who sympathizes with Indians! … I have come to kill Indians, and believe it is right and honorable to use any means under God’s heaven to kill Indians. … Kill and scalp all, big and little; nits make lice.” 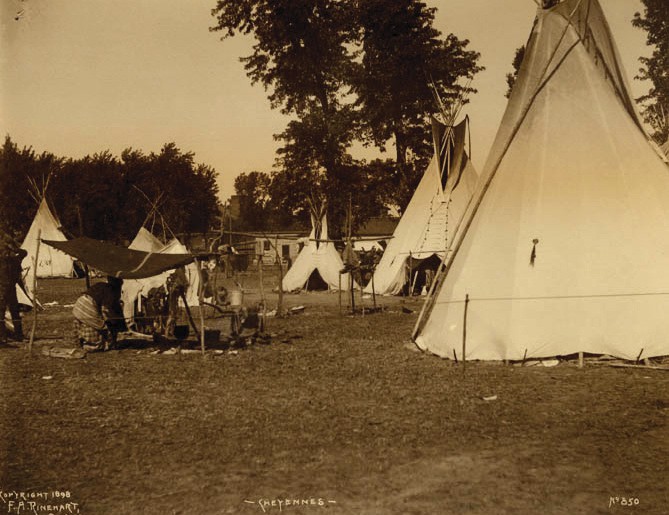 Chivington slaughtered about 160 Cheyenne, mostly women and children, and the gruesome details have been rendered as testimony by participants. Although the military condemned his actions, because Chivington was no longer in uniform, he never faced any punishment.

Like the Delaware we wrote about last week, the Cheyenne are an Algonquian speaking people, who worked their way into Wyoming and Colorado from the woodlands of the northeast. They were originally two tribes, the Suhtai and the Tsitsistas, who became one tribe about 200 years ago. As they moved west from Minnesota, they became a horse culture, and warred with the Crow, and along the way eventually became staunch allies of the Lakota.

Jackson writes that the first treaty with the Cheyenne was signed in 1825, at the mouth of the Teton River. Like all “friendship and peace” treaties, it seemed harmless enough at the time, except for the part where the Cheyenne acknowledged the “supremacy” of the United States, then, and even now, never fully realizing the portentous consequence of such acknowledgement.

Artist George Catlin described the Cheyenne at this time as “the most desperate set of warriors and horsemen, having carried on almost unceasing wars with the Pawnees and Blackfeet.” He added that they are “the richest in horses of any tribe on the continent; living where the greatest herds of wild horses are grazing on the prairies, which they catch in great numbers, and sell to the Sioux, Mandan, and other tribes, as well as fur-traders.”

In 1849 the Secretary of the Interior wrote that record numbers were passing through these lands on route to the Pacific coast: “They have suffered our people to pass through their country with little interruption, though they travelled in great numbers, and consumed on their route much grass and game. For these, the Indians expect compensation, and their claim is just.”

At this time what was needed from Indians was “the right of way,’ and to “influence them to continue peaceful relations,” a delegation of chiefs was proposed for Washington, “in order for them to acquire some knowledge of our greatness and strength.”

In the summer of 1851, the big right-of-way treaty was finally signed, after eighteen peaceable days encamped together around Fort Laramie, and the price of right-of-way was an annuity of $50,000 a year, for fifty years, according to Jackson.

The government’s solution for this problem was to tie them to the soil as farmers, and teach them to “look forward to the day when they may be elevated to the dignity of American citizenship.”

More than this, the tribes like the Cheyenne had to be rendered citizen farmers, “that we have removed from our national escutcheon the stain left on it by our acknowledged injustice to the Indian race.”

The Cheyenne and their neighbors were soon about to get a taste of who their treaty partners really were, as Jackson writes: “…within the first year after the making of our first treaty of any moment with these tribes—while to a man, the whole fifty thousand of them, kept their faith with us—we broke ours with them in the meanest of ways— robbing them of over two-thirds of the money we had promised to pay.”

In 1861 came a treaty at Fort Wise, where the Cheyenne “ceded and relinquished” all the lands to which they had any claim, except for the land where they would be relocated. However, like any treaty with the duplicitous United States, the President had the power to arbitrarily and unilaterally modify it “to whatever extent” he decided was in the best interests of the country. If that is the case, then what is the purpose of even having a treaty, save to dupe the people you plan to betray?

Three years later came the Sand Creek Massacre, and even after such a horror, Black Kettle of the Cheyenne was not blaming all White people, but Chivington’s “fool-band of soldiers.”

In the end, most of the Cheyenne, by now split into two groups, the Northern Cheyenne, and the Southern Cheyenne, were sent to reservations of the Whiteman’s liking, that being Oklahoma Indian territory. Jackson explains that the Cheyenne were forcibly removed from “a healthful Northern climate, which they love and thrive in, to a malarial Southern one, where they are struck down by chills and fever…”

That autumn of 1878 came the second great tragedy to befall the Cheyenne. A band of three hundred Northern Cheyenne, starving and dying of disease in Oklahoma, “took the desperate step of running off” and making it back to their Oglala friends in Dakota. Jackson writes, “They were pursued, fought desperately, but were finally overpowered, and surrendered.” This surrender came on the condition that they be taken to Dakota.

They were detained at Fort Robinson in Nebraska. The Army officers sided with the Cheyenne and wanted them to remain, but the Cheyenne were ordered back to Oklahoma. They refused. The officers then decided to starve the 300 detainees into submission, not something they wanted to do, but were forced to carry out orders with which they did not agree. The Cheyenne twisted all the metal in their quarters into serviceable weapons. Outside, it was frigid winter, and when the fuel issuing ended, the Cheyenne were faced with freezing to death.

Jackson writes: “At the end of two days (the commanding officer) asked the Indians to let their women and children come out that he might feed them. Not a woman would come out.”

Two days later, starving and freezing, the Cheyenne “broke prison, overpowered the guards, and fled, carrying their women and children with them.”

They held the soldiers off for days in a deep ravine, where all were shot down, men, women, and children. Only fifty women and children and seven men survived, but only because they were not in the ravine, but confined in different quarters.

Red Cloud arrived not long after, and the government allowed him to take twenty-two women and twenty-two children back to the Oglala people.

After all the dust settled on this great trek north, the Cheyenne were determined by the government to have no right to any reservation. Jackson: “The Cheyenne were pursued and slain for venturing to leave this reservation, which, it appears, is not their reservation at all, and they have no legal right to it. Are there words to fitly characterize such treatment as this from a great, powerful, rich nation, to a handful of helpless people?”

Today the Cheyenne have two reservations, in Oklahoma, and in Montana. All together, they have over 20,000 enrolled members, although there has been heavy intermarriage with the Arapahoe in Oklahoma, and the Crow in Montana. The Cheyenne who came to the Oglala Agency, Dull Knife, Standing Elk, to this day, their descendants remain.