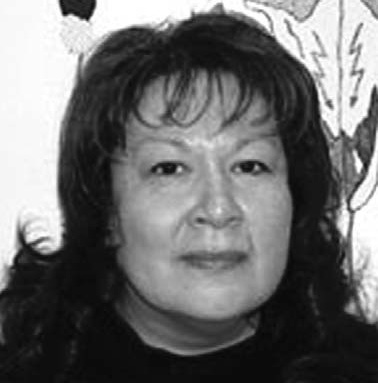 Televangelists, hucksters, scam artists, cult leaders and unscrupulous politicians seem to have one theme in common, their use of fear, paranoia and distrust to manipulate the masses. Scare the hell out of people – then feed them your spiel on how you would solve all the world’s problems.

It’s effective. Take the case of Donald Trump, who used these very tactics to get himself elected to one of the most powerful positions in the world, Presidency of the United States.

Now we’re watching an old cowboys and Indians scenario play out between our new president and Native Americans. One of his first actions, just days after taking office, was to sign an Executive Order to move ahead with the Dakota Access Pipeline.

“Water Protectors” have been at the site just above the Standing Rock Indian Reservation near the community of Cannonball, N.D. since last April. Since then, thousands of people from all over the world have joined them in their opposition to DAPL crossing their homeland protected by the 1868 Fort Laramie Treaty. Their use of peaceful protest effectively stalled the “Black Snake,” that is until now.

Cyrus Sanati of Fortune last week stated about Trumps move on the pipelines, “First, let’s talk about the DAPL. Unlike the Keystone XL, the DAPL is already built—it just needs to cross a lake in North Dakota and it’ll be done. Energy Transfer Partners, the Dallas-based holding company building the pipeline, that Trump used to be a stock holder of, received a permit to build under the lake in 2015. But late last year, the U.S. Army Corps of Engineers, under political pressure, delayed bestowing easements that derailed the project after protests erupted against the pipeline by environmentalists and the Standing Rock Sioux tribe.”

Fear seems to be the driving force behind several attacks against protectors with water cannons and rubber bullets. Fears of large gatherings of Indians have North Dakota lawmakers looking at passing bills that would make peaceful protests punishable.

We remember after 9/11 President George Bush used fears about Iraq having “weapons of mass destruction” to get Americans to jump on the band wagon when he ordered his “Shock and Awe” attack on Bagdad.

And fear seems to be the motive behind South Dakota lawmakers passing measures to allow citizens to openly carry weapons.

As we celebrated another Martin Luther King Day, one might began to wonder if, as a nation, we listened to his words and tried to get to know each other or if instead we’ve let fear of our neighbors control our lives.

One of the basic teachings of an ancient man many Americans revere as the Christ or redeemer of mankind, was “Love thy neighbor as thyself.”

But it’s a teaching that seems out of vogue right now, and in its place a meanness seems to have set in. America is becoming a nation of mean people.

My question is: What do they have to fear from Native Americans? Why are so many Americans so afraid to admit that sometimes we, as First Nations people, are right? Why are they afraid to let us win sometimes?

But as long as fear Trumps ‘Love thy neighbor’ we are going to continue fighting the old Indian Wars, but this time on a different battle field, the Supreme Court.