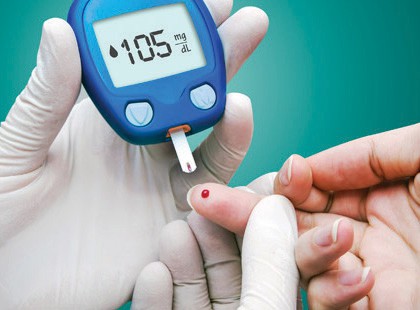 The Special Diabetes Program for Indians has helped tribes prevent, treat and manage the disease for more than 20 years. But it’s due to run out of money next month unless Congress takes action.

“With every day that passes without action, SDPI’s future becomes more uncertain,” the National Indian Health Board said in a January 25 update.

Advocates hope lawmakers will include the program as part of a forthcoming bill to keep the federal government up and running. The deadline to pass the so-called continuing resolution is February 8.

If SDPI isn’t added to the continuing resolution, the funds will run out on March 31.

While it’s possible Congress could consider other legislative vehicles, the outlook is shaky. Despite the program’s proven success in Indian Country, lawmakers have been reluctant to extend it.

Instead of the five-year reauthorizations that were common on the past, tribes have had to settle for two-year and one-year extensions. The one that’s due to expire in March is among the shortest ever — just three months.

With funds in limbo, the NIHB has been meeting with key lawmakers all week to advocate for the program. Tribal leaders, like President Russell Begaye of the Navajo Nation, have been among those pushing for an extension.

“We have big gaps in health care on the Navajo Nation,” Begaye said on Wednesday after a round of meetings on Capitol Hill. “We are about as rural as you can get in the United States, and that means we’re facing real challenges.”

One important ally in the effort, Sen. Tom Udall (D-New Mexico), who serves as the vice chairman of the Senate Committee on Indian Affairs, is holding a roundtable on Saturday to hear from tribes about the importance of SDPI.

According to the Centers for Disease Control and Prevention, 14.9 percent of Native men over the age of 18 have been diagnosed with diabetes, the highest among all racial and ethnic groups in the United States. And 15.3 percent of Native women suffer from the condition, again the highest rate in the nation.

Grants from the SDPI have kept the rates from growing even higher, according to advocates and lawmakers. The program has provided $150 million every year to tribes, tribal organizations and urban Indian clinics, an amount that hasn’t changed despite the rising costs of healthcare.

Rep. Norma Torres (D-California), the top Democrat on the House Subcommittee on Indian, Insular and Alaska Native Affairs, has introduced H.R.2545 to renew SDPI for five years. Her bill would increase funding levels in the coming years.