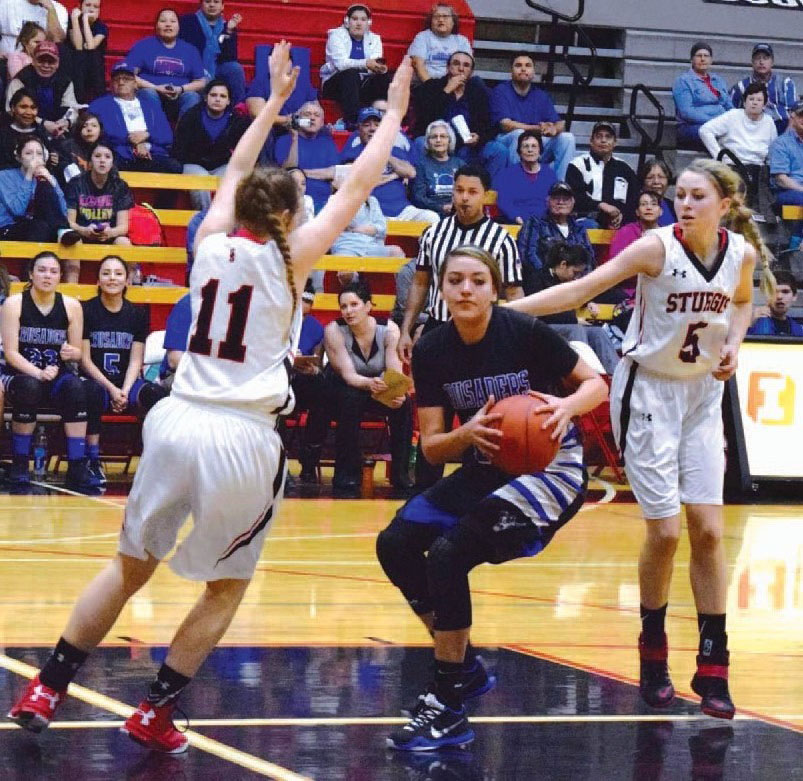 Next year the Class A format changes, giving teams a better chance to get out of their region, but this year the old format has already claimed some notable victims. The number following each team’s record are the seeding points they have received based upon results and strength of schedule.

Region 6A: Cheyenne-Eagle Butte, 16-4, 43.15, is in the final against McLaughlin, 13-6, 42.74. This is the only region with two Lakota teams squaring off for a chance at state. CEB beat McLaughlin in the first game of the season, 76-68. The Lady Braves have beaten some good teams this year, they may be a serious sleeper if they go to state.

Region 8A: St Thomas More, the top rated team in Class A Girls, 18- 2, 46.60, is in the final against a fired up Belle Fourche team, 43.20, 14.6. Belle has lost twice to STM this season, and by wide margins. They did survive a tough semi against Lead/Deadwood, but taking on the Lady Cavaliers will require their best effort, plus a lot of luck.

The 2015-16 State Girls Class A Tournament will take place March 10-12 at the Watertown Civic Arena in Watertown.