Good service no matter your color 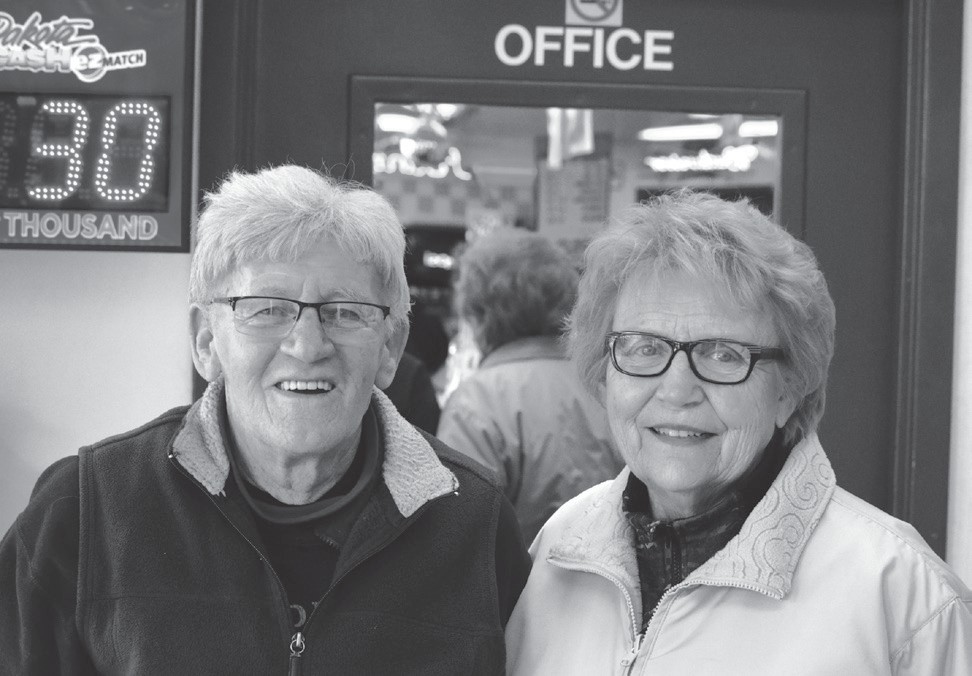 Big Crow was originally from Norris, but grew up in St. Francis.

By “here,” Big Crow means Rapid City, and for the last five years he has been an all-purpose employee (“I mostly do just a bit of everything around here…”) for Rod and Kathy Pederson’s I-90 Mobil Service Center, just north of Exit 59, on North Lacrosse Street.

One of the things Big Crow had to do one time was chase down a drive-off—“ I jumped up on his bumper! He said he thought he had paid, but he didn’t.”

Drive-offs are just something Rod Pederson accepts as part of the territory. Nothing much gets him down about the over-all worth of his fellow man: “Ninety-nine percent of the public is honest.”

Pederson hails from Hendricks, Minnesota, but back in March, 1960, he arrived in Box Elder, to work for his brother-in-law, and explains, “and then, I just stayed here.”

“There wasn’t no interstate or nothin’,” Pederson says. “I worked out at the Villa Ranchero.”

Pederson and wife Kathy raised three kids, and their boy, Scott, is the head mechanic in the auto repair garage.

“See all those cars over there?” Kathy Pederson says. “They are all for sale.”

Scott is also the head salesmen, and he sells used cars at a reasonable price, for people who have a need for such a vehicle. The car sales part of the business is called Best Buy Auto.

There is something unique and special about the Pederson clan. Something the Lakota people of North Rapid appreciate, and Rod does his best to explain it: “I’ve worked with a lot of different people; Norwegian, Native American, Jewish, Polish…” and Kathy adds, “To me, it doesn’t matter if you’re red, white or purple—if you do a good job, and you’re honest, that’s what matters. We have tried over the years to always be open to the public, to not be prejudiced or discriminate in any way.”

That means, if Lakota drop in at the I-90 service center, whether for gas, or the convenience store, or for a car wash, or to get a car repaired, or serviced, or to buy a used car from Scott, or to have a talk with Ernie, the quality service will be honest, and the employees friendly people you can talk to.

Ernie actually isn’t much of a talker. He’s just a life-sized dummy, with a beard and a cowboy hat that sits on a bench inside the front door. Last summer a woman accidently backed into him and said, “Oh, I’m sorry, excuse me.” It did not appear she ever figured out he wasn’t alive.

Dennis Running Shield, who works the evening shift as a cashier said about Ernie, “People take their picture with him. He’s probably well known across the country for taking selfies.”

Rod doesn’t just hire people with experience, and if he gets the right person in the right place, which he often does, he will train that person, like he did with Aldon Belt, from Pine Ridge. Rod says, “Aldon didn’t know a lot about cars when he came here, but he worked hard, he helps people, and he’s pleasant. He’s very good.”

Aldon doesn’t have a lot to say, but he poses for a picture, which Lloyd tries to horn in on, and Rod says about hiring, “I interview ‘em, give ‘em a chance. If they don’t work out, we depart as friends.”

“I must’ve been good,” Lloyd says, “because I went to banker’s hours now, Monday through Friday.”

Kathy adds, “We’re a small business and we don’t have corporate over our heads. We know people for people, not just dollars. We work with people, and we get to know them.”

The Pederson’s have thirteen employees, and they are open 5:30 a.m. to midnight, seven days a week, although they do close for Christmas.

Rod hired his first Lakota employee back in 1983. “Larry was a good employee. He worked here seven or eight years and moved back to Kadoka.”

Running Shield came to the service center two years ago: “One of my friends worked here, said they needed a floater. A girl got fired, and I went full time. I like working here, these people are awesome people.”

No place is perfect, and the pumps are a bit slow, but that just gives you time to go inside, say howdy to Ernie, have a few laughs with Lloyd or Dennis or Wanda or Sarah, and then get back into the Rapid City rat race, where if you are lucky, during the course of your busy day, you will patronize even one business where the people are as friendly and welcoming as they are at the I-90 Mobil Service Center.