The Americas were, above all, lands filled with spirits, deities, and sacred places sanctified by creatures of familiarity and mystery.

Each society in the Americas in 1492 considered its homeland a holy place. Past, present and future depended upon the intervention of the spirits within the sacred spaces defined by each society. Cardinal directions and precise landmarks such as mountains, valleys, and rivers gave each homeland its own sacred geography.

Beyond this earth-world, an underworld, a sky-world and many layers between made up the Native American cosmos. 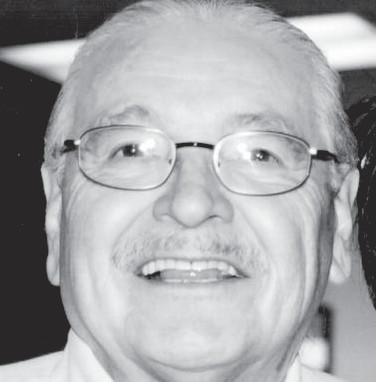 I begin this article with a quote from written by William Swagerty and John Aubrey because in order most Americans to understand where Native America is today, they should have a small understanding of where we were more than 500 years ago.

Whenever I write about the way things are in Indian Country and attempt to explain why it is they are that way, I receive letters telling me to stop whining about yesterday. “This is 2017 and not 1817 so get on with it and tell your Indian readers to join the rest of America” is the most frequent comment I get. Or, “You are conquered people and like all defeated people you just have to learn to live by the laws and the ways of your conquerors.”

These two comments exemplify the flawed moral reasoning that makes white America so ignorant of Indians in America. Perhaps many of the tribes that that were overrun or relocated from the East Coast could be considered conquered they say, but there are tribes in the West that retain much of their ancestral lands and surrendered millions of acres to the invaders not through military defeat, but by signing legal treaties, Nation-to- Nation, with the United States of America.

In exchange for signing these treaties and giving up millions of acres of land and opting for peace, the Indian Nations were given specific treaty rights. These included health care, educational opportunities, hunting and fishing rights, self-government and tribal lands with clearly defined borders and boundaries that would remain under the domain of the Indian people.

These rights were guaranteed by treaties under the U. S. Constitution and are still legal and binding because they have never been abrogated by Congress. Ironically, if these treaty rights had been upheld and honored, the Indian people would not be the poorest of the poor in a Nation they once owned. Instead the U. S. Government began to look upon these rights as a weapon that could be used to further subjugate the Indian Nations.

Treaty rights were viewed as social welfare rather than rights guaranteed “as long as the grass shall grow and the rivers flow.” There was no clause that said, “Or 90 days whichever comes first.”

Indians were subjected to hundreds of experimental programs intended to destroy the culture, language, and spirituality. The dogged determination to remain a people free to decide their own future, retain their own culture, speak their own language, and practice their own spirituality is viewed by the majority of Americans as unwholesome and as un- American.

And yet there is no American more patriotic in defending America’s freedom that the American Indian. Per capita the Indian is often the most decorated of soldiers in defending this country in time of war.

Lakota Holy Man Frank Fools Crow once said that it is much easier for the white man to say, “Let’s get on with tomorrow” because for him there is no cultural yesterday. “He left the bones of his ancestors across the ocean. The Indian walks on the soil where his ancestors are buried. The Lakota people walk through the dust of the bones of their ancestors dating back thousands of years. Our land is our culture.”

Fools Crow often ended his talk with, “Where is the culture of the white man?”

It seems that when the subject matter drifts to the American Indian, the white man says, “Let’s get on with tomorrow.” But as Indians our past is a part of our tomorrow. We are not living in the past when we talk about our sacred treaties, our sacred sites or the visions handed down to us through the oral history of our ancestors. We are talking about yesterday, today, and tomorrow. To us they are all one and the same.

(Contact Tim Giago, founder of the Native American Journalists Association, can be reached at najournalist1@gmail.com)