‘Have you seen what’s happened since?’

There are times, more frequently now than ever, when I wonder if the White House, Washington, D. C., or the entire world is going mad.

We have a man-child pretending to be the President of the United States and a Republican Congress filled with shrinking violets too terrified of this madman to show any spine.

Many South Dakotans, and you can call them liberal if you must because liberal is not a dirty word, are wondering the same thing. For the most part South Dakotans are independent thinkers and have always voted for the person instead of the party. They ran into a new form of politics over the past 10 years that caused many of them to drift toward the party instead of the person. 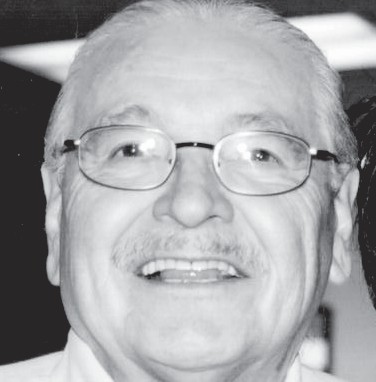 It started when Senator Tom Daschle, a Democrat, lost his seat to John Thune, a Republican. Daschle was the Majority Leader of the Senate, a powerful seat and one that could bring many benefits from farm aide to health care to South Dakota residents. Thune was a handpicked, straight party line Republican too eager to do the party’s bidding. All sorts of out-of-state money poured into the pockets of the Republican candidate. Vicious attack ads paid for by out-of-state interests flooded the television stations, newspapers and airwaves. Those voters that were a hue of a mixture of blue and red suddenly went all red. The state itself went all red.

Stephanie ran into the same organized, underhanded Republican tactics that were the downfall of Tom Daschle. With a little known Republican named Kristi Noem making the challenge and with the out-of-state money pouring into her campaign and the same malicious attack ads that sank Daschle, one of the brightest and best Congressional Representatives South Dakota has ever had lost that very important seat. Noem has turned out to be one of the biggest lap dogs for Trump as she forsakes all of her South Dakota values in favor of party over constituents.

South Dakota now has a Republican Governor, two Republican senators, and one lone Republican member of the House of Representatives. Most of the elective offices in the State Government are held by Republicans. And it should go without saying that Republicans have never been the friends of the American Indians save one; Governor George Mickelson. Under his watch before a tragic air crash took his life, with a little push from an Indian newspaper, he initiated a Year of Reconciliation between Indians and whites and pushed for and won a name change making Oct. 12, Native American Day instead of Columbus Day.

The year 2018 will be a pivotal year for the voting rights of minority voters. All minority races must come together under one flag, the flag of the Democratic Party, and get out and vote. It was the all-white vote that put Donald Trump into office because so many minority voters didn’t believe it could happen and stayed away from the polls. And as the lady in the musical Les Miserables put it, “Have you seen what happened since?”

There are several states in which the Native American vote has the power to bring about change and South Dakota is one of them. I am calling on all politically inclined leaders in the Indian community to start the movement NOW to get tribal members to register to vote and educate them to the fact that their vote counts.

To put it into perspective, who wins or loses could mean the survival of tribal sovereignty. Voting is your Wakan Tanka right: Use it for the good of all your people.

(Tim Giago is the retired publisher of Native Sun News Today and can be reached at editor@nativesunnews.today. He was the founder of the Native American Journalists Association and will be awarded the NAJA-Medill Achievement Award in Journalism on Sept. 8, 2017 at the NAJA Convention in Anaheim, California where he will be the Keynote Speaker)