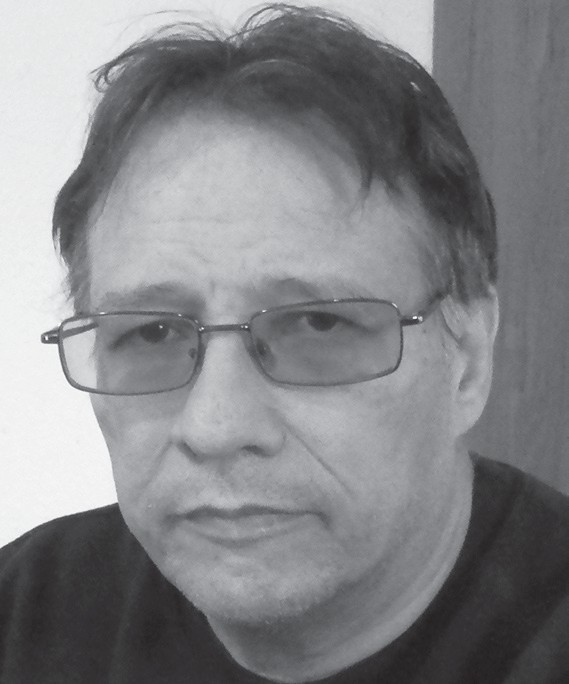 Fifty-five years ago Canyon Lake was much larger than it is now. The generation that had fought and won WWII were in their buck prime, and they would line the long, narrow docks that stretched far out across the water, and your nostrils would selectively key on the earthy aroma of steaming coffee mugs, and blot out the arm pit sweat, bad aftershave, and nasty fish guts.

There was no park curfew then, the cold reality of an increasingly impersonal social order had not yet come to Rapid City. These men would fire up their lamps and spend all night fishing off these docks, and you would fall asleep listening to their stories about the Depression and the War and Rocky Marciano knocking out Joe Louis.

Shorty Davies was seventeen when the Japanese bombed Pearl Harbor. He joined up immediately. Once he was far out at sea, in hostile waters, he felt alone, and sometimes even desperate, more alone and desperate than most of us have ever really felt in our mollycoddled lives—and the only constant, user friendly, faithful friend he had—was his cigarette.

In the end, his friend would kill him, stopping his heart at the age of 58. But through the tough decades following the war, each unfiltered friend, Lucky Strike, Camels, Pall Malls, stayed true no matter how turbulent life became, and other men of that generation would sit beside him on the Canyon Lake docks, and in the dark of the night you could see the connective thread, formed in a crucible of grinding poverty and bloody war, a string of bright red dots, the tips of lit cigarettes, lining both sides of the dock, converging on an infinity point, like the parallel rails of a railroad track.

We all feel forsaken at times, by people we loved and trusted, by things we fight for and believe in, but our addictions, when tempered to respond to the adamant expediency of our circumstance, get us through where all else fails. Eventually, these addictions often destroy us, but even as the Lakota man not yet fifty lives out his final days in hospice care at some nursing home, he dreams of himself as a young man, powered by whiskey, and above and beyond all the fears and regrets of his binge-ravaged life, he remembers the fiery life inside that young man, and every fiber of his being screams for one thing—just one more jar, just one more drink.

There have been times in my life, when I have found the thing that best comforts me, maybe not a cigarette, or a drink, or a toke, or a slot machine, but something… and I have fixated on it, obsessed over it, to avoid facing all the other relentless demands life places on us.

Because of a hard life lived, my dad was far older than I when he was my age, and it was at my very age he died, even to the very end, unable to give up his chain-smoking habit.

He needed his friend more than ever at the end.

When my brother Jerry conquered his addictions, to cigarettes, and drugs, he came back home to Rapid City and we talked about hiking up the Mickelson Trail, because he’d never been on it. He had only one friend in his life at that time, his children all grown, his wife starting a life of her own—he had his Harley. When I die I would like to die with my best friend beside me. In my case, that best friend is a woman, but in his case, it was his Harley. So he rolled it into a shed, closed the door, fired it up, sat down on it, and just thought about whatever people think about when they know it will be the last thing they ever think about. It doesn’t take long for the exhaust from a Harley locked in a small shed to kill you.

At least he had his friend with him. My little brother drowned when he was fifteen, clutching his best friend, his fishing pole. Whether cigarette, or whiskey jar, or Harley, or fishing pole, a friend proves they are our friend by staying right beside us to the bitter end.