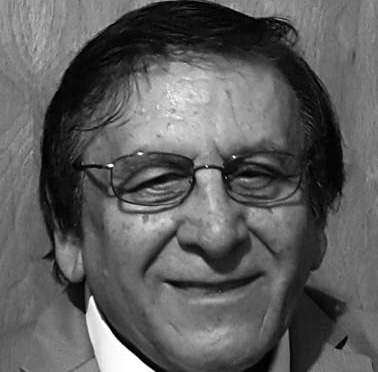 Some tribal officials have talked about condemning the Gildersleeve property.

Language was placed in one of the draft Wounded Knee bills to do just that, but was removed from the draft when local residents and other tribal members objected to any eminent domain language in it.

The Oglala Sioux Tribe has the power of eminent domain, as recognized in the 1968 Indian Civil

Article XII of the Tribal Constitution. Although the District Court in 6 Seneca Constitutional Rights Organization v. George (1972) found that the Seneca Nation likewise has the power of eminent domain and upheld the Nation’s condemnation of use rights of tribal members for an tribal industrial park, it is questionable whether the Oglala Sioux

Tribe’s power of eminent domain would be upheld in federal court for the condemnation of fee patented land in tribal court that is owned by a non-Indian.

The better approach is to purchase the Gildersleeve property, if possible. But what is a fair price for the property? Has the property been appraised? Would an appraisal include its commercial value, if any? A fair price can never be determined if all people want to do is sit around and complain, make false defamatory accusations, and never talk to Mr. Czywczysnki and try to understand his perspectives. If a purchase cannot be negotiated, a museum and cultural center could always be built on nearby tribal land as contemplated in the third alternative of the NPS Study of Alternatives.

I believe, however, that the descendants of the massacre victims should be involved in any fund raising efforts; that if the property is eventually purchased, it should be held in the name of the Oglala Sioux Tribe since it is located on the Pine Ridge Indian Reservation; and that the Oglala Sioux Tribe should have it placed in trust status and dedicate it to the exclusive use of a National Native American Holocaust Museum and Cultural Center.

It should also be mentioned that I assisted the WKSAs repatriate a Ghost Shirt taken from a massacre victim from the Kelvingrove Gallery and Museum in Glasgow, Scotland in 1995. I made the arguments as to why it should be repatriated to the WKSAs. With the assistance of Marcella LeBeau, and Iain Sinclair and Susanne NcNeil, two of our support people in Scotland, the shirt were eventually returned to the WKSAs and I believe it is the first successful repatriation of a Native American cultural item internationally. The Ghost Shirt is presently kept in a museum at Pierre, S.D. and will be returned to the WKSAs when a museum is built at the massacre site and it can be housed there.

Also, during my representation of the WKSAs from 1985-1995, I strongly opposed the following actions to commercialize and/or desecrate the Wounded Knee massacre site and mass grave:

• The construction of the round building that currently exists right on the massacre site near the mass grave that was constructed by Bob Clifford and his supporters;

• The pine bough stands allowed by tribal officials in the 1990s at the massacre site, where some tribal members sell handicraft to tourist each year;

• The sale of handicraft to tourist by tribal members at the mass grave; and

• Pan handling by tribal members who ask tourist for money when they visit the mass grave.

These Indian people – like Mr. Czywczysnki — see the massacre site as a “tourist attractions” and “commercial property,” and not as Sacred Ground, and have no problem in commercializing or desecrating it.

After passage of the 1854 Nebraska and Kansas Act, several Kansas tribes were forced to cede their treaty lands and move to Oklahoma. In the treaty of 1855, the Wyandot Nation was forced to cede its 39 section reservation, except for a two acre cemetery called the “Huron Cemetery” that was permanently reserved as an Indian burial ground. The 1855 treaty also terminated the Wyandot Nation’s federal recognition and its members’ status as Indians by declaring them to be U.S. citizens. Tribal membership and U.S. citizenship; were incompatible in the 1850s.

Between 1855 and 1867, the members of the Wyandot Nation evolved into two bands, one in Kansas and one in Oklahoma that resided on the Seneca Nation’s reservation.

In an 1867 Treaty, a new Wyandot tribe called the “Wyandot Tribe of Indians” was recognized by the United States. The membership in the new tribe consisted of Wyandot’s – those in both Kansas and Oklahoma — whose names were included on a “Register” established by the 1867 Treaty.

The 1867 Treaty also established a 20,000 acre Wyandot reservation in Oklahoma that was purchased from the Seneca Nation by the Federal Government with Wyandot Nation treaty money. Members of the new 1867 Tribe, both in Kansas and Oklahoma, received allotments as federally recognized Indians. Many enrolled members of the 1867 Treaty tribe, however, remained in Kansas and never moved to Oklahoma.

The Bureau of Indian Affairs, unfortunately, has ignored the history of the Wyandot Indians and has regarded the Kansas Wyandot’s in recent years as a non-federally recognized tribe even though it still provides services to the Wyandot Nation of Kansas and its members (e.g., title services under 25 C.F.R. §150.5 for Huron Cemetery and allotments, and IIM Accounts for tribal members).

Between 1867 and 1937, intra-tribal differences arose over the Huron Cemetery. To the Oklahoma band, the cemetery became commercial property, and the band got Congress to pass an Act in 1906 to authorize the removal of the graves and the sale of the cemetery. The Kansas band, primarily through the efforts of the Conley sisters, successfully stopped the sale when they got Senator Curtis of Kansas to introduce legislation in 1913 to repeal the 1906 Act.

After Congress passed the National Indian Gaming Regulatory Act in 1988, the Oklahoma tribe considered building a casino on the Huron Cemetery tract, which has remained in trust status since the 1843 Treaty. The Kansas Wyandot’s opposed this plan. The Conley sisters, who were enrolled members of the 1867 Treaty tribe, received a lot of national publicity when they built a shack on the cemetery and placed “no trespassing” signs around it. They lived in the shack around the clock to protect it, and took turns standing guard with muskets.

Interestingly, in the Act of March 2, 1923 (42 Stat. 185), Congress appropriated money to reimburse two Lawrence, Kansas lawyers for money “necessarily expended in connection with their contract with the government for the improvement of Huron Cemetery, an Indian reservation in Kansas City, Kansas, in defending their interests in suits brought by the Connelley sisters, Indian wards of the Government, to prevent them from carrying out their contracts with the United States Government in improving the Huron Cemetery in Kansas City, Kansas.” The 1923 recognized Huron Cemetery as an “Indian reservation” and the Conley sisters as “Indian wards of the Government.”

In 1996, I represented the Kickapoo Tribe in Kansas and Wyandot Nation of Kansas in a federal civil case at Topeka to keep the Oklahoma tribe from having the Assistant Secretary of Interior for Indian Affairs place a tract of land adjacent to the Huron Cemetery in trust status for a casino. I was able to get a Temporary Restraining Order from Judge Belot at a hearing held in Wichita to restrain the Assistance Secretary from placing the land in trust. The Kickapoo and Kansas Wyandot case was eventually consolidated with a case filed by three other Kansas tribes, and the restraining order remained in effect by agreement of the parties until the case was concluded.

While the Kickapoo and Kansas Wyandot case was in court, my friend Russel Barsh and I drafted a bill that became known as the 1997 Brownback Act (111 Stat. 1543, § 125). The Act limited the use of Huron Cemetery to religious and cultural uses compatible with the use of the land as a cemetery,” and as a “Burial Ground.”

After the Brownback Act was passed by Congress, the Wyandot Nation of Kansas withdrew from the federal case. Although the Oklahoma tribe eventually built a casino on the adjacent property, the two acre Huron Cemetery itself remains Sacred Ground today under the protections of the Brownback Act.

(Mario Gonzalez is an Oglala Sioux attorney that practices law at Rapid City, South Dakota. He is the first recipient of the Distinguished Aboriginal Lawyer Achievement Award, given by the University of Saskatchewan in 1995, at Saskatoon, Sask., Canada. He has also been chosen as one of the role models for high school students by the Speaking Truth, Watershed Moments In Global Leadership Project in Washington, D.C. He is also the co-author with Elizabeth Cook-Lynn of the POLITICS OF HALLOWED GROUND: Wounded Knee and the Struggle for Indian Sovereignty (1999). He can be reached at gnzlaw@aol.com).