Honoring the memory of the victims of Wounded Knee 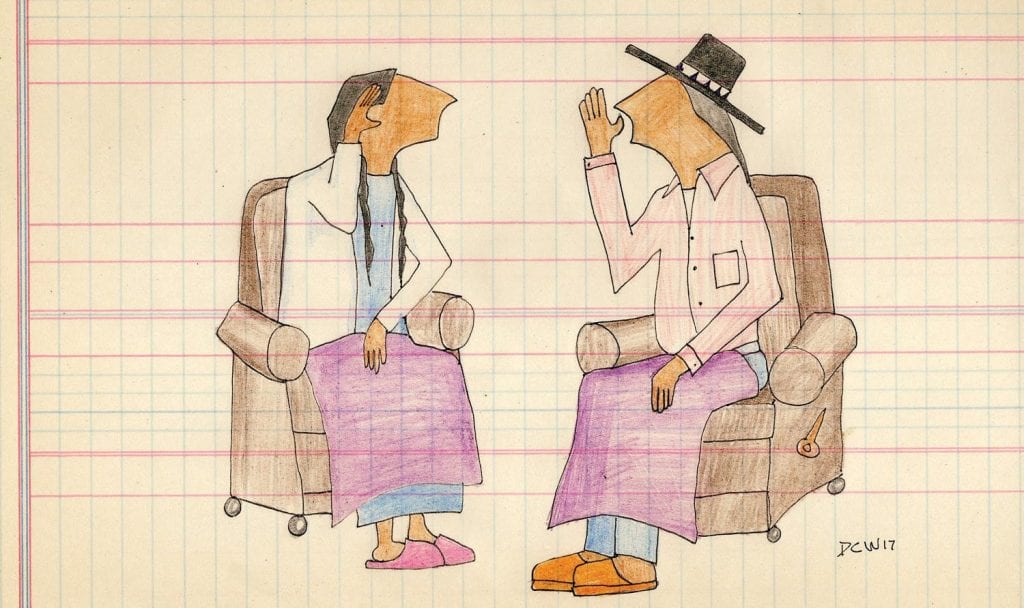 If you stop by the gravesite at Wounded Knee you may be accosted by panhandlers begging for money or from a local artisan trying to sell you beadwork or other crafts. Even on a cold winter day you will meet these poor Lakota just trying to make a living. But they are there and that is a fact.

Are those poor Lakota selling their trinkets desecrating the site of Wounded Knee?

For those who do not know any better Wounded Knee was once a thriving village. It had a trading post, gas station and a museum. People from all around the country with any knowledge of Lakota history came to the village to visit the gravesite and buy artwork and trinkets from the Lakota people selling them at the trading post.

Lakota elders used to sit on the benches in front of the trading post and drink coffee and smoke. They would talk about what happened there on December 29, 1890. The Wounded Knee Trading Post was constructed in the 1920s on private land. No one complained about the construction of the Post or about the cabins that were built next to the Post to accommodate Clive and Agnes Gildersleeve, their daughter Joanne, or the several employees, mostly Lakota, who worked at the Post.

Tim Giago Sr., was one of the clerks and butchers working at the Trading Post in the 1930s. His daughter Ethel was born at Wounded Knee. Agnes Gildersleeve was an Ojibwe woman who was labeled as white by members of the American Indian Movement when they forcefully occupied the village in 1973.

For those who now complain about a proposed museum, cultural center and trade pavilion being constructed on the site we wonder where they were when AIM was occupying and desecrating the grounds all Lakota consider to be Sacred.

Just three years after AIM abandoned Wounded Knee the President of the Oglala Sioux Tribe, Al Trimble, held a Tribal Council meeting and passed a resolution to send a delegation of traditional Lakota men and women to meet with U. S. President Gerald Ford in order to secure the money to purchase the land at Wounded Knee and to request funds to develop the land by constructing a hotel and visitors site where the old Wounded Knee Trading Post used to stand. Lakota Chief Frank Fools Crow led the delegation to Washington.

Did these Lakota elders see anything sacrilegious about reconstructing the once thriving village of Wounded Knee and building some commercial property there to create jobs and bring badly needed income to the Tribe? No they did not.

For the Tribal Council, President and elders of the Oglala Sioux Tribe in 1976, they saw nothing wrong with raising the money to buy the land, even at the very high price the owner was asking, and putting the land back into the hands of the Tribe so that something positive could made of a tragedy. From the outset they determined that a visitor’s center, camping grounds, a trade pavilion and a hotel would create jobs and income for more than 100 Lakota men and women and the tourist trade would bring badly needed income to the Oglala Sioux Tribe. Now were they wrong back then?

The history of what happened at Wounded Knee should never be forgotten and a memorial to honor those brave Hunkpapa and Minneconju, and the 8 Oglala who perished there should be constructed to preserve their memory forever. The 127th anniversary of the Massacre at Wounded Knee is approaching and we should set aside our differences of opinion and join together to do something positive in the honor of those who died there.

(Contact the Editorial Board of the Native Sun News Today at nativesunnew.today)