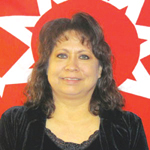 Allegations of retaliation, corruption, slander and threats of violence have been at the core of this heated debate between the OST Treasurer and Wakpamni District Representative, although, this “overpayment issue was already resolved last administration by the OST Ethic Committee,” according to Siers’ statement during the hearing.

In a letter to Mason Big Crow (former OST Treasurer) dated October 15 from Rose Anne Ladeaux, Payroll Supervisor at the time, LaDeaux writes, “… a mistake on Jackie Siers’ payroll information was discovered, as a Council Member her annual salary is $42,000.00 during December 2012 all new Council Members information was entered into MIP correctly however, Jackie was owed eight hours of pay as the Director of Higher Education I changed her hourly rate back to the salary she was receiving as the Director and paid her for the eight hours owed. I did not change the hourly rate back to what she was to receive as a Council Member Therefore the salary Jackie’s been receiving has been that of the (Higher) Education Director. The difference in salary is $15,136.00 as of PP20.”

This overpayment of $15,136 had gone unnoticed by Siers over the four-month period she was receiving the payments on her direct deposit paychecks, according to Siers. She credits not checking her bank account or paycheck stubs for not noticing.

A payment arrangement of $75.00 per pay period was volunteered and agreed upon. Those payments were being made by Siers.

Testifying on Siers’ behalf was former- Tribal Council Member, Garfield Steele, who stated, “To my knowledge, I did sit on the Finance Committee and we understood that it was the fault of the Tribe… There was numerous meetings held off record… we were told that it was no fault of Mrs. Siers. In those discussions, that told us that the tribe had insurance that was gonna cover this money that was lost.”