Joe Marshall believes many Lakota words were lost in translation 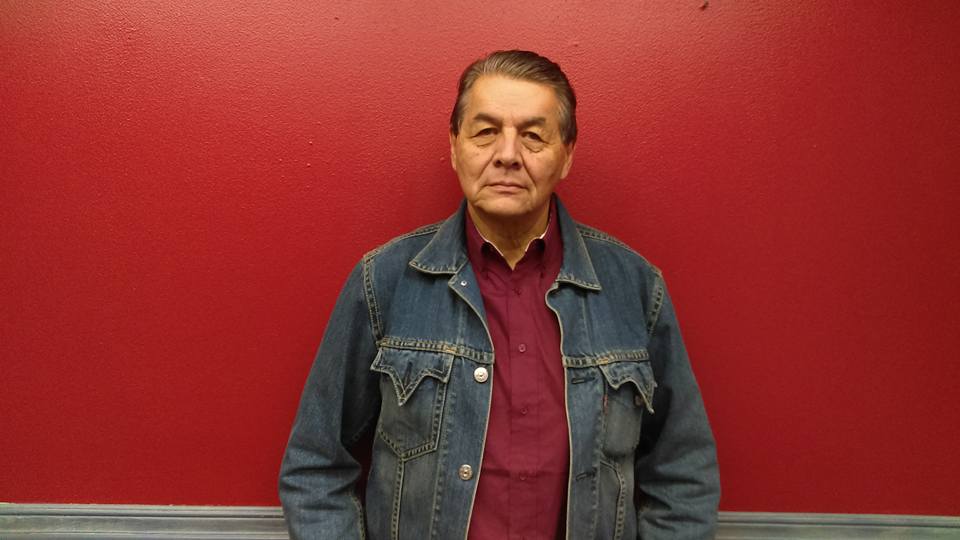 RAPID CITY – The Lakota language is a romantic, poetic language full of visions, details and emotions which cannot always be put into English words.

So when a fluent-speaker such as Joseph Marshall III translates oral history and traditional stories into novels, this is one of the many challenges this successful author must overcome.

“There is always something lost in translation,” the Lakota storyteller laments.

After 25 years of writing and publishing books, Marshall has had a vibrant career of sharing the stories his grandparents and elders told him while growing up near White River, SD.

In fall of 2015, Marshall published his twentieth book titled; “In the Footsteps of Crazy Horse” which was illustrated by Jim Yellow Hawk (Cheyenne River Sioux Tribal member).This latest creation from the enrolled member of the Sicangu Sioux Tribe is for a younger audience – in hopes of inspiring youth to learn more about Crazy Horse and oral traditionalism.

Native Sun News sat down with Joseph Marshall III to discuss his work over the years, his inspirations for the visions he creates in his literature.

Having been raised by his maternal grandparents near White River, SD, his first language was Lakota; although English was spoken, Lakota was the primary language used in general conversation around the home.

Marshall attended the University of South Dakota and majored in English. “English is necessary for you and I to know to do what we do as writers. It just seemed like a common sense thing to do. I did a lot of writing workshops to get to know how to go about it and to learn the craft,” Marshall says of his early interest in becoming a writer.

Many of his writings focus on the life and stories of Crazy Horse. “Mainly, these were the stories I heard when I was a kid. I heard a lot of stories, good and interesting stories. He seemed to be the favorite of a few old guys. They talked about him a lot. And they didn’t know everything, but they knew quite a bit. So that’s what really began to fascinate me on what this guy was about; who he was, what he did and why people were talking about him.”

These stories Marshall is referring to are the oral traditions which cannot be found in history text books. With each passing generation, the details of these stories are beginning to be lost as they fade back into the prairies from where they originated.

The keepers of these oral histories were members of his family or community who had immediate contact with Crazy Horse and his life. “Well, some of the stories were familial. I think there was a great-grandfather on my mother’s side who was at Little Big Horn. And so he passed down what he saw, what he experienced, and of course those things filtered down from one generation to the next. So that was the basis.”

“As I said before, nobody knows it all. But if you listen to enough stories, you’ll get bits and pieces that, if we’re lucky, add up to a bigger story; a panoramic view of an event like Little Big Horn. Or an individual like Crazy Horse or Sitting Bull. So, that’s what oral tradition is all about,” he explains of the importance of traditional storytelling in writing history.

The invaluable experience of being raised by culturally-knowledgeable grandparents allows him to pull from childhood memories to share with his audience. “They knew culture. They knew history. They knew our family’s history on both sides. So that was a good way to begin gathering information,” Marshall explains.

Mr. Marshall just finished teaching at Sinte Gleska University on the Rosebud Indian Reservation this past fall. “The course I taught at Sinte Gleska was the cultural philosophy of Lakota bows and arrows. Because there is a lot more to it than them just being objects, weapons, or tools,” he says.

“There’s a whole inter-relationship with the natural environment and there’s a whole process and philosophies associated with what you do and don’t do to and with bows and arrows. And a lot of that is forgotten because nobody does primitive Lakota bows and arrows anymore,” Marshall explains. “They were more than objects. They had a niche in our culture. The hunting bow was the provider of life. The war bow was the protector of life. One was for hunting, one was for warfare. The two never crossed.”

“We learn to differentiate those kinds of things and they came down in story-form,” Marshall says.

In his books, Marshall uses a visionary and poetic prose-style language which brings the prairies alive and places the reader in a pre-colonial landscape in which the earth and sky are not separated. When asked where this ability comes from, he credits the Lakota language itself.

“Most old people can tell a good story. And in my experience, those stories were told in Lakota. Those of us that speak Lakota fluently, and grew up speaking it as a primary language, have come to understand that it’s described linguistically as ‘onomatopoeic’, which means very descriptive, literally descriptive,” he explains.

“It’s that kind of language. And the storyteller is that way too. It was my grandfather and all the others who could set up the scene and describe the colors, the noises, the smells- all those things. After listening to that all through my childhood, it probably was a bit second-nature just to do the same thing,” the Lakota author explains.

Having these stories is one thing, but to retell them in English has been his greatest challenge and gift. “The trick I had to do was take what I heard in Lakota and try to do it the same way in English. And you know, there’s a lot that’s lost in translation. There are nuances in Lakota that aren’t there in English. So you do the best you can.”

“You try to tell the story the best you can and that’s part of the tradition that goes back a long ways,” Marshall explains.

During the process of writing his books, Marshall does not intend to write so poetically, he states, “I don’t start out with that intent. My intent is to write a story. I’m a very simple minded person. I keep things simple.”

“A story works best on two levels; one it has to be simple and direct, descriptive and create an image. And then it has to circle back around to itself at some point. Cause you know, the circle is important to us in our culture. So my intent is to do those two things when I tell a story,” closes Marshall.

Joseph Marshall III travels between his two homes in South Dakota and New Mexico, while doing speaking engagements, writing, and continuing to transplant the personalities of our ancestors into today’s society.

In next week’s issue, NSN will provide a book review of “In the Footsteps of Crazy Horse.”