Just dropped by to talk about Ed

Eagle man was many things to many people 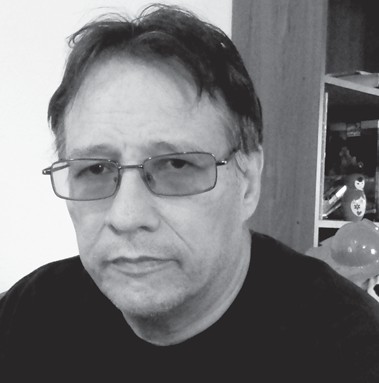 Last week my friend Ed McGaa set out on his final journey, a journey touched upon many times in the books he wrote about Lakota spirituality. These books were simple, basic, straight forward perspectives that earned a faithful following worldwide.

Although we both write, I did not meet Ed through his writing, but mine; some years back he sent me an e-mail, telling me to keep up the good work, and invited me to have lunch in Rapid City.

Whatever Ed was to other people, anywhere on this planet, given the books he wrote, and the talks he gave, and the places he went, I was not familiar with that person. The Ed I knew was an Oglala guy from my reservation, with the same basic history and perspective on life I had. This was our bond, and that bond mattered to both of us. We knew who the other person was, and we had no pretentions between us. I knew his life, warts and all, and he knew mine.

No doubt his public persona was important. He was a fighter pilot in Vietnam, he had a law degree, he was Eagle Man to tens of thousands of readers, he touched a lot of lives. But like lots of public people, that is not who Ed really was. He was raw, unfiltered, loyal, generous, wise and foolish, flawed and special at the same time.

When I first met Ed he was a big, strong, ruggedly handsome man, and when I last saw him he was fifty pounds less, battling the affliction that would soon claim his life. We had dinner at a small Mexican restaurant in North Rapid, and like he always did, Ed insisted on paying, but at least let me pay the tip. There was no difference in Ed’s attitude or conversation towards the end; he told me he was headed for Florida to do some fishing, but when he got back it was high time he taught me pickleball, a sport he excelled at: “You got those quick, Lakota reflexes. You’d be good at it.”

I never got a chance to play pickleball with Ed, something always got in the way. We both led busy lives. Well, that is not exactly true, my life was nothing nearly as busy as his. Ed packed several busy lives into his one life. Any one of those lives would have been worthy of chronicling, but what I want to chronicle here is, the real Ed, the one in his decorated flight jacket, and baggy sweat pants, rummaging in his garage for old books and memorabilia he wanted to share with me. I didn’t understand until now, why he went to all that trouble, why he made such a fuss—he was trying to pass on his legacy, he was trying to share with a person he knew would understand, who he really was, what he really cared about.

Ed called me up several times and invited me to come up to Crazy Horse Monument, and sit with him while he sold his books.

“Drop on by sometime tomorrow,” Ed said. “We can just sit and talk about things.”

I never came up. I could go up there now. But there won’t be any Ed. Doesn’t matter if the place is packed with visitors, it will echo empty because Ed is not there. I feel like Ed was trying to tell me something at a deeper level, that he needed me to do something, continue something. Not exactly sure what that could be, but I can spend time figuring it out, maybe while I drive up to Crazy Horse, grab a chair and sit near where he sold his books, and if any person bothers to ask me what I am doing there, I will tell them, “Just dropped by to talk with Ed.”