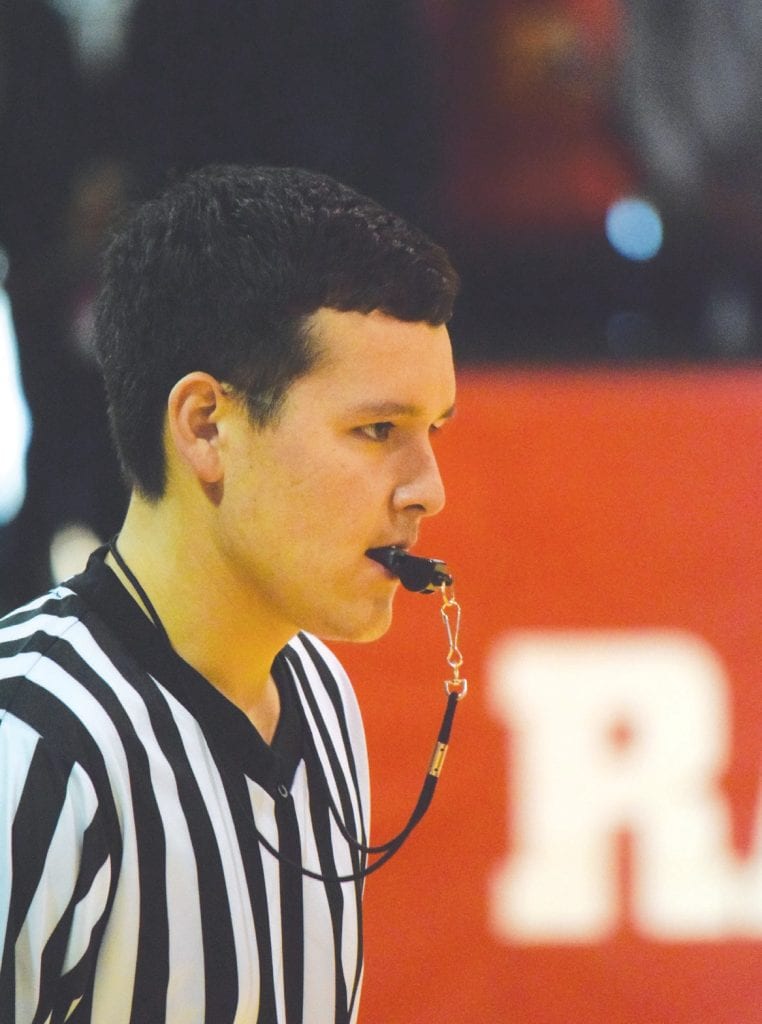 PRESHO — There isn’t much along the I-90 corridor except a string of small towns, once bigger than they are now, and there isn’t much in those small towns, not even a high school, because many have consolidated into a county high school. Last Saturday they held a basketball jamboree at Lyman County High School in Presho, and for those unfamiliar, a jamboree is a tournament where they keep no score.

The first game was Eldon Marshall’s White River Tigers, one of the favorites to win the Lakota Nation Invitational (LNI) title in a couple weeks, going up against the hometown Raiders, and it takes some getting used to a game where the score is always 0-0, no matter how many buckets each team rings up. Lucky for the Raiders they kept no score, because if you did keep track of the score, the Tigers had thirty points before the Raiders had five. 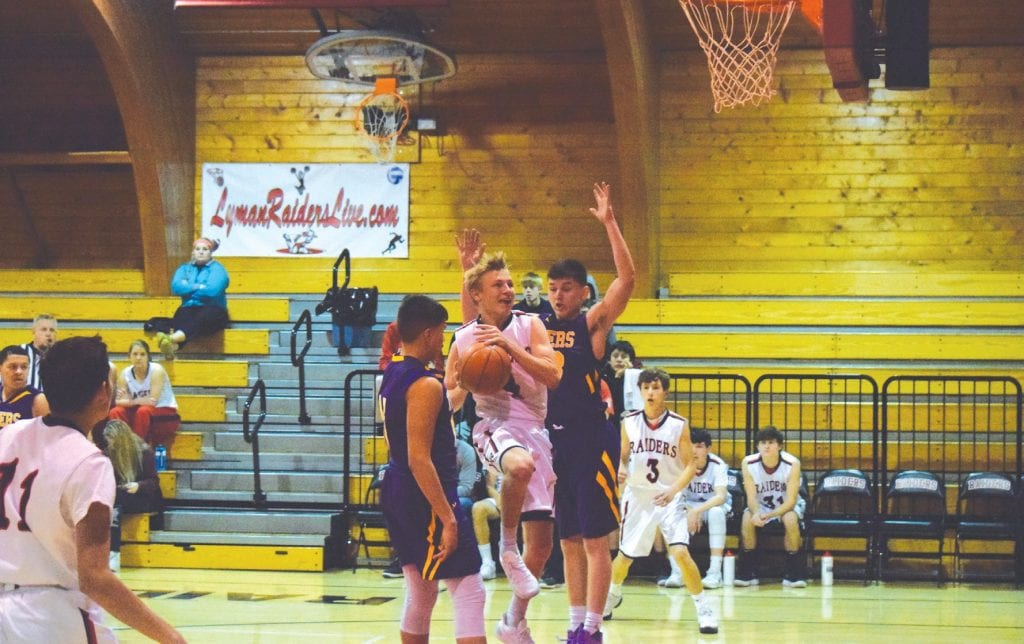 The purpose of a jamboree is to train newly registered basketball referees, to work on their basic skills, and help get them certified. According to veteran referee Greg Warren, there were ten jamborees statewide on Saturday, and there were eleven trainees at the Presho jamboree, and one of those trainees was 19-year-old Justice Morrison, who just turned 19 a couple weeks ago. 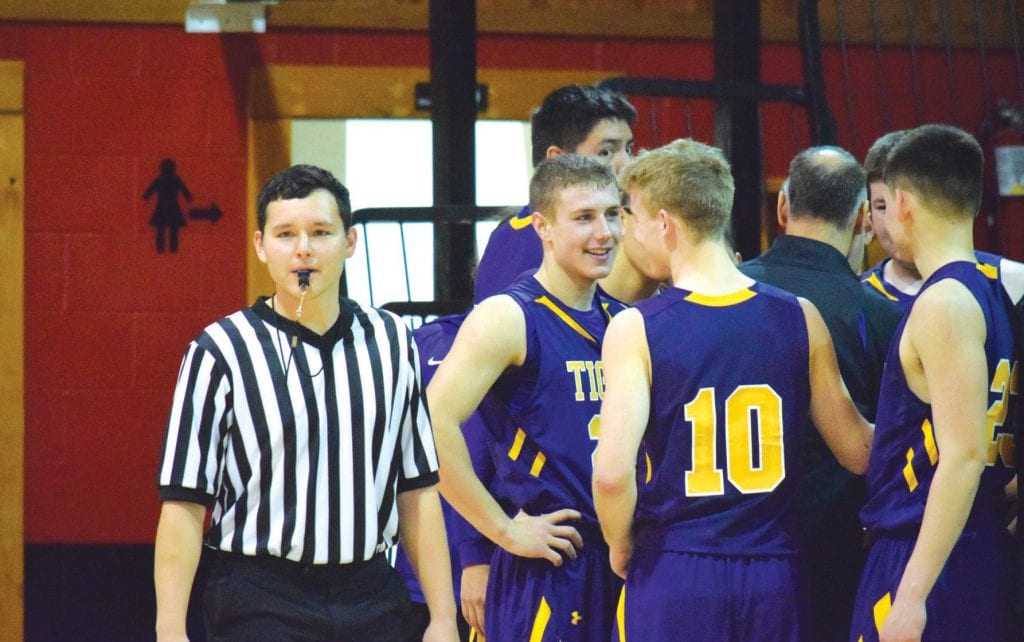 For several years, Morrison was the highly regarded and respected floor general for White River, and he helped win an LNI title, made the LNI All-Tournament team three times, but he was never able to win a state championship, despite making it to the State Class B in Aberdeen every year he played for the Tigers. 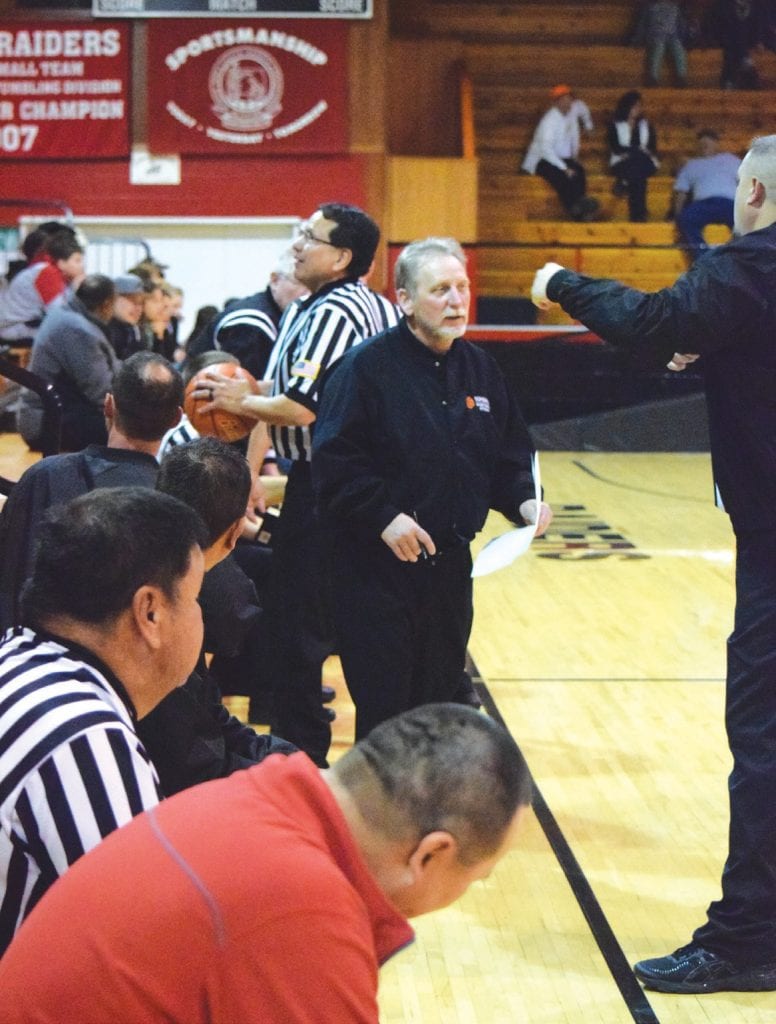 “That one hurt a lot,” Morrison said. “I never even gave myself a chance, I never even played in a state title game. Unfair, unlucky, I just didn’t work hard enough. I thought I worked hard enough, but I didn’t.”

“If he wants to do something, he does it,” Grandfather LeRoy Morrison said. “He’s a real go-getter. Ever since grade school, he’s been really determined.”

LeRoy and wife Bert, raised Justice and his younger brother Jadice, who still plays for the Tigers. Justice is the son of LeRoy Morrison Jr., and Sunni Prue. Jadice is taller and more athletic than Justice was, although he is yet to develop his older brother’s leadership skills. You can tell when he talks about his younger brother, Justice is proud of his talents and wants him to step up, and help White River win a state title.

Justice Morrison is close with his coach, Eldon Marshall, who may very well become the greatest high school coach in South Dakota history before he decides to call it quits, and is the most prolific shooter in amateur state basketball history. Marshall gets a lot of help from his assistant coach, Jared Bouman.

“I always felt I owed those guys,” Morrison said, “a state title, at minimum.”

“Those guys” don’t feel Morrison owes them anything, because despite a wealth of talent, this year’s squad lacks strong leadership, and Marshall and Bouman would love to have Morrison back on the floor providing that leadership.

Besides basketball, Morrison finished second at the Boys Class B State Golf Tournament as a junior. He three-putted the second hole, then came back and eagled the third, the only eagle any player had that day. This helped earn him a double scholarship to Dakota Wesleyan University in Mitchell for basketball and golf, where he’s majoring in History, emphasis on education, and minoring in coaching.

“I like history,” Morrison said, “and I’m not a fan of math, literature or science, although I am actually pretty good at science.”

Morrison’s roommate is Sam Arend, who won the Spirit of Su Award last year, while helping Bridgewater-Emery win the state Class B basketball title. Both will play JV this season. Morrison twice qualified for varsity golf meets, but feels he needs to work hard on consistency. It’s not like in high school, where you count as much on other players making mistakes as you do on making your own shots.

His career path seems fairly obvious: teach, coach, referee, eventually become a principal, an administrator, and better the lives of thousands of kids across the state, while leaving behind an accomplished legacy based upon two things, hard work, and strong character.

“He never got into trouble,” LeRoy said. “He was an al-laround good kid. I don’t think we ever even raised our voice to the boys.”

Like many Lakota children, Morrison was raised by his grandparents. Unlike many of those children, he was given a good home, supportive adult role models both employed by the White River school district, who complemented his hard work by always providing the resources he needed to realize his goals.

Mature beyond his years, Morrison has caught the eye of most of the adults he interacted with, as a student and athlete.

“Justice has been curious about officiating for a long time,” Warren said. “I remember him telling me last year that he was interested in getting into that. He’s a very good young man. He’d come over, talk to the officials, and it’s not a butter-up thing. He’s also a very good leader. He’s going to have a lot of success at (officiating), if he stays with it.”

If he stays with it. Warren was an official at the age of eighteen, younger than even Morrison.

As a player, Morrison said, “Whenever I saw Greg was the ref, I liked it, because he is a great ref, maybe one of the best in the state.”

Warren has been officiating now for 35 years, but Morrison has so many other irons in the fire, playing sports, teaching, coaching, administration, any one of them probably going to produce great success. So, he may not stick with officiating, after college.

But last Saturday he was one of a three-man crew working the first game of the jamboree. Veteran officials were on the sidelines, each picking a man to mentor, and Morrison drew Eric Booth. Morrison got up at 6:30 that morning and drove 57 miles north to Presho, and he admitted he was “a little bit” nervous about “just doin’ a new thing.”

“Even though I gave Eric some crap in high school,” Morrison said, “he was a good ref. I gave a lot of these guys crap.”

Crap for Morrison never resulted in any punishment: “I never got teed up in high school. Closest I ever came was Willie Circle Eagle. Eldon got teed up that game. (Circle Eagle) looked at me, told me, ‘Get back to your bench, Morrison.’”

One wonders if Morrison will ever get a technical, when he eventually coaches: “Sometimes you need to take a technical as a coach.”

Although both enrolled members of the Rosebud Sioux Tribe, the fundamental difference between Morrison and Marshall, is Marshall fought tooth-and-nail to survive a difficult childhood and build himself up, brick-by-brick, into the coach and mentor he is to the students at White River. In Morrison, he has mentored a student who instinctively processes much of the struggle Marshall experienced, although never having to experience it, and there is probably no greater gift Marshall has ever given a student, than this, because it helped Morrison understand the true value of every effort he ever put into whatever he did.

Morrison admits it is “a little weird” to be standing on the court wearing zebra stripes while the team he played for just months before battles Lyman County. While the two coaches who have meant so much to his growth as an athlete and person sit on the bench, Morrison has to do his job, and someday, he realizes, he may have to blow that whistle on White River, some day he may even have to call a technical on Eldon Marshall.

Whenever he is asked about Morrison, the respect and admiration Marshall feels for his charge command his expression, and he states matter-of-factly, “Nothing Justice does surprises me.”

As for officiating, Morrison says, “It’s a lot harder than I thought it would be.” Booth counseled Morrison to slow down, to make sure he stays with the play all the way. Morrison admitted, “I missed a traveling call and Eldon let me know about it. It was pretty funny.”

Because of his heavy academic and athletic schedule, Warren feels Morrison will probably officiate some middle school and junior varsity games around Mitchell, perfecting his mechanics. It will take three years of officiating before Morrison will be eligible for post-season officiating.

Warren isn’t worried about Morrison’s development as an official: “Once the stuff becomes second hand and all natural, then the fun really begins. We become a family. I met some of the best people officiating.”

Grandfather LeRoy said of Justice, “Everybody at home, the county, and the school district miss him, especially in sports. Even some of the refs made compliments. He’s doing all right in college, his goal is to make the Dean’s list. He says, I am glad I listened to my teachers in high school.”

That listening was made easier, of course, by never missing a day all four years of high school. Morrison has worked out a simple plan to cope with life—always show up prepared, always do your best. Whatever else might be true about Justice Morrison, the student, the basketball player, the golfer, the official, the coach, the principal, the administrator, those two things are always the deeper truth.