Lack of a free press is not new to Indian Country

The Trump Administration has decided that the press “is the enemy of the people.”

As a Lakota man who has been involved with the press since the 1970s I must take exception to this proclamation.

Many years ago I was covering a story for my newspaper Indian Country Today and in pursuing it I traveled to the BIA headquarters in Aberdeen to attend a meeting involving the Oglala Sioux Tribe, the MHA Nation and the BIA. Since the story involved a large sum of money that the BIA was about to lend these tribes for a business venture I believed it was necessary to cover it for the press.

The motto of my newspaper back then was “Standing up for the people’s right to know” and it is still the motto of the Native Sun News Today newspaper. 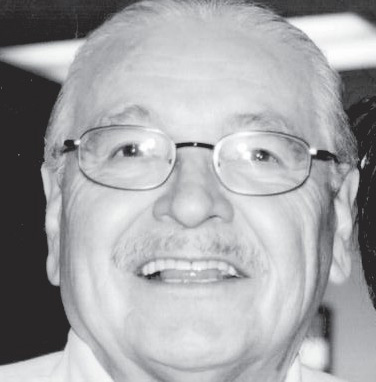 With that belief in mind I walked in at the beginning of the meeting with a notepad in hand and a camera hanging around my neck. The meeting was immediately called to a halt and I was asked to leave. I refused so the meeting was closed and moved to a private location.

Covering the tribal government was also difficult at times. If a topic arose that the Tribal Council did not want their constituents to know about they simply called for an “executive session” thereby making the discussion private and I was forced to leave the meeting.

So having been in the news business for more than 40 years I greatly admire the reporters who brought Watergate to the public’s knowledge and forced the resignation of a “crooked” president. Woodward and Bernstein became the heroes of many of us just starting our careers in the field of journalism.

Like anyone human, the press makes mistakes, but nearly every newspaper in the United States, including mine, is very quick to write a correction for any error, or to give anyone who felt slighted by a story to respond to the story. My newspapers have always had an open forum for personal opinions and an open page for letters to the editor. If a letter writer or opinion writer wants to criticize the United States government or the Tribal government the pages of my newspapers have always been open for their freedom of expression.

Some Indian newspapers do not offer that freedom. There are papers owned by the tribal governments that never allow dissenting opinions and there are newspapers that consider themselves to be the “legal newspapers” of a tribe and therefore not free to criticize or report on any malfeasance or corruption within the tribe to whom they have sold their loyalty. However, every newspaper, and that includes Indian newspapers, have their “trolls” that have nothing good to say about anyone or anything and their constant attacks on everything are so libelous as to be unprintable for fear of lawsuits. I believe this equates to allowing anyone to yell “fire” in a crowded movie theater.

If a critic wants to offer genuine criticism without attempting to smear, demean and slander the writer, those honest rebuttals are acceptable. But as we have learned over the years the main objective of a “troll” is to destroy the credibility of the writer.

The press in general has not set out to destroy or diminish the credibility of President Donald Trump. In fact checking his comments they have been amazed at the number of outright lies he tweets or exudes in his daily communications with the public. These acts of dishonesty are not to be ignored or swept under the rug because they can be dangerous to the security of this country.

In the beginning the major news sources had a problem in trying to determine when or how to call Trump’s lies a lie. Press freedom and honest reporting go hand in hand.

And so now we in the press are the enemy of the people and Trump’s Administration has decided that the best way to deal with the big news sources is to exclude them from press conferences.

Some have suggested that the press should do tit-for-tat. However it turns out it is a new ball game that none of the national media has ever witnessed before and so for the press it is “back to the drawing boards.” However being named the enemy of the tribal governments is not new to the Indian press; we just had to learn how to get around it.

And it eventually dawned on us that the tribal governments and people had become so suspicious of the mainstream media for its underreporting and basic ignorance that it carried over that suspicion to all of the media and it is an obstacle that we as the Indian press had to overcome.

(Contact Tim Giago at najournalist1@gmail.com. Giago was the founder of the Native American Journalists Association and is a member of the South Dakota Newspaper Hall of Fame)