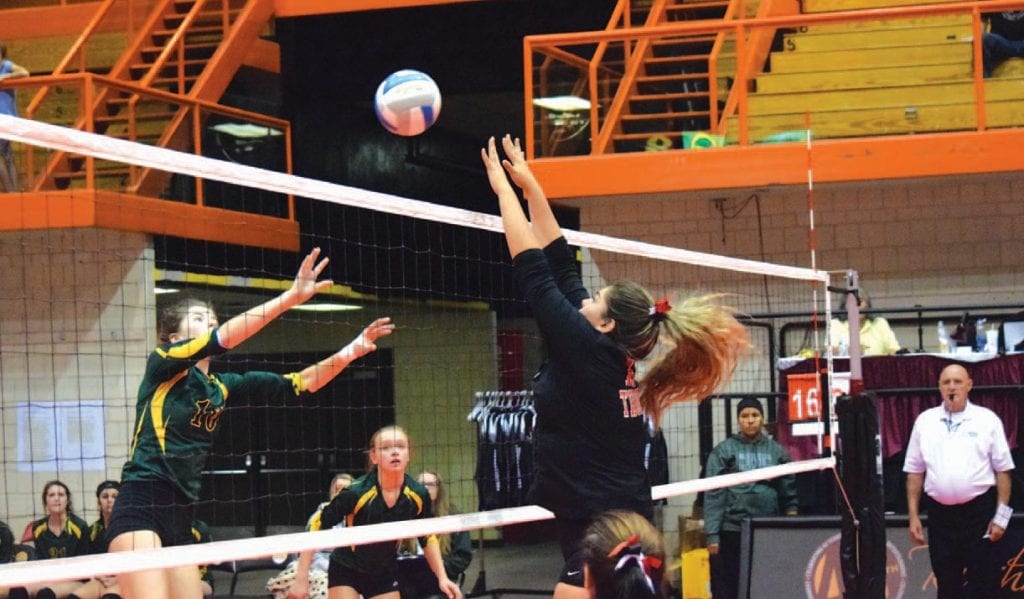 RAPID CITY –– “We’re more talented,” Pine Ridge Head Coach Nellie Long said after her Lady Thorpes had defeated Hill City in straight sets, 25-11, 25-16, to win the 2017 Lakota National Invitation volleyball crown. “We have a lot of hitters. That’s our strong points, our serves and our hitting.”

Defending champion Custer, having graduated a lot of players from last year, still had enough to beat Little Wound for third place. 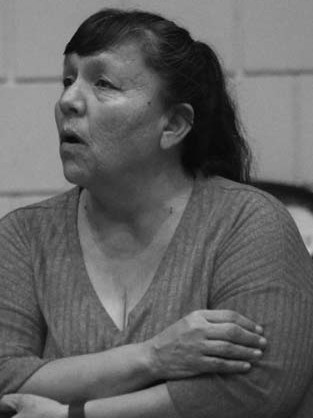 “I’ve always run a 5-1 even when I didn’t have an outstanding setter,” Long said.

But with Walking directing traffic and setting up big hits, the Pine Ridge offense has an edge over most teams. Even a team like Philip, who has two huge hitters, can’t match Pine Ridge’s Dani Walking. With four effective hitters, the Lady Thorpes always have girls up front that Walking can set up, and so the offense is always good to go. Once those hitters rotate back to serve, the Lady Thorpes can throw one tough server after another at the opposition.

The tournament MVP honors went to Duka Thompson, the heir apparent to 2017 graduate Cherestine Mousseau, who is now down playing for Haskell. Thompson’s focused, aggressive play and hustle form the backbone of the Pine Ridge attack.

Long was honored for becoming the third winningest active coach and the fifth winningest alltime. With every game, every season, she will continue to climb in that ranking.

The Lady Thorpes have four losses, but the one that stand out is the four set loss to St Thomas More. Pine Ridge appeared to shut down in that one after splitting the first two sets. Even though, on paper, this team of Long’s should be weaker than last season, they have a chemistry and a confidence that actually makes them better than the team that lost in the play offs to Mobridge-Pollock.

On October 14, Pine Ridge will get a tough test at the Douglas Invitational. There, they will hopefully face the class of Class B, the Philip Lady Scotties, who have dropped only one match, to always tough Belle Fourche. It will be a battle of hitters worth watching. The Lady Broncs will also be at Douglas, and they are undefeated, and have even beaten St Thomas More, who will also be at Douglas. This tournament will be a showcase of the best volleyball West River has to offer.