Large and in charge

Here, let us run this country for you 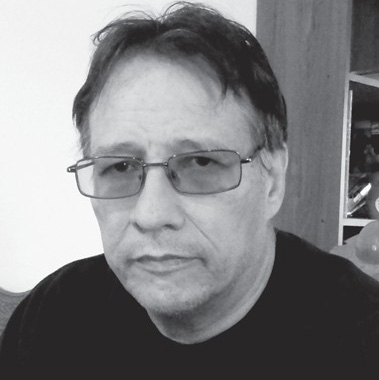 A select group of rich and powerful people have taken over our country. We should be alarmed, because the news is full of frightening things we should be alarmed about, and the major news outlets and the blogosphere hype them to the extreme, ostensibly because fear sells.

This take over did not happen yesterday. For decades we have been continually reminded of terrible things that have gone bad wrong and will get much worse. Communism, the Energy Crisis, Global Warming, Terrorism, Aids, Sharia law, and Mountain Lions.

Yeah, never forget mountain lions. A nuke could melt every major city and military installation in the USA in twenty minutes, but worry about that mountain lion carrying off your pet schnauzer instead—“ Honey, what’s that mushroom cloud on the horizon about?” “Will you shut-up about everything! I think that mountain lion just grabbed Dexter!”

Every day people die in car accidents but the highways are still crawling with cars. Let a handful of people drown jumping off some scenic waterfall, over the course of fifty years, and they rope off access, call in some engineers, and blow the place up. People weren’t safe.

Our fear is selective. Triggered by factors with only a passing resemblance to reason and logic. This is not something that just happened yesterday. Rich and powerful people have this nasty habit of owning and controlling things. We have an even nastier habit of letting them get away with that. They figured out a long time ago which fear buttons to push to keep us under control.

The problem was, to push those fear buttons effectively they needed to shape how we see reality. That means they had to buy some things, and they had the money, so why not? Buy the media, control not only what we know, and distort what is reported to meet their narrative. Buy the politicians, that’s easy enough, politicians want money and power, give them some. Once you have control of government, and once you control the Congress and the White House and the Supreme Court, you control the military, and their intelligence services, you control law enforcement, but most importantly, you control education.

Train the people to be afraid, but not of you, heavens no. Over time you get them to internalize your values, so even though they ain’t got money, they’re so in love with you, honey, they see themselves as you, just a break or two away from being millionaires themselves, just like they are a lottery ticket away from winning the jackpot.

We see how rich and powerful people run the show on the city and county and reservation level, but for some odd reason we think that this control ends at the state and federal level. At those high levels a magical sense of civic duty and social propriety kicks in, and gosh darn it, maybe even Jesus helps out, too, and We the People still decide what happens and why, through the power of our vote.

But that’s not enough! No, the rich and powerful still aren’t safe even with all that control. They require bogeymen to frighten people, to take the focus off themselves, so they can operate with clandestine impunity in plain sight. That is why the bogeyman called Big Government came about.

See, there’s this horrible power ruining our country, Big Government, and it lives in Washington, sucking the life blood out of our noble government institutions. Everybody hates Big Government. Thing is, few people ever stop and think about who Big Government is. Oh, it’s the crooked politicians! Is it? They are all working in cahoots together! Okay, they are on the take. Exactly! So, who is paying them? If they are diverting taxpayer funds into their pockets, even if it was ten million dollars a corrupt legislator, that is just a sliver of available taxpayer money. When you look into it, you see they are being paid by lobbyists, and the lobbyists do not work for themselves. They are being paid by corporations. And the rich and powerful own the corporations.

But the idea these rich and powerful people could ever get together and scheme and collude to control everything, what a crazy idea! They are competitors, they will compete against each other! Like the baseball owners, each owner competes against the other owners, dummy! Oh, that’s right they were found guilty of collusion in the Curt Flood case. Despite having access to the most powerful lawyers on the planet, and undue influence over the inner workings of the justice system, they still lost that case, were still found guilty of collusion, so it must have been pretty bad collusion.

How much control do these people want! Total control. But they know they can’t have that, we’d revolt. So they have worked out, over long centuries, a control formula that still provides a social contract, still maintains the illusion of Democracy. And as long as you buy into the illusion, they control you. Last thing they want is for you to galvanize with large groups of other folks and operate outside acceptable parameters where you can’t be controlled.