BY REP. ELIZABETH MAY 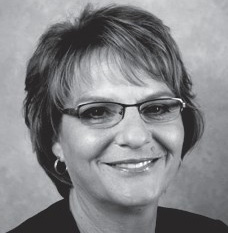 The 2017 legislative session is off and running. So far, 110 bills have been introduced with 108 filed by State Agencies. Revenues  Expected state are down $31.9 million just since the Budget Address in December. Due to down turn in farm and ranch markets, low inflation, lower tourism numbers compared to records set in 2015 has resulted in less spending making consumers cautious. Governor Daugaard announced that Amazon will voluntarily start collecting sales tax receipts on all sales made by South Dakotans starting February 1, 2017.

No projections were given to the legislature on the amount they expect to take in, but it will fall short of the loss endured this past year. I take every opportunity to remind citizens, South Dakota’s number one industry is agriculture to the tune of $20 billion and when this industry suffers so does the state’s ability to meet basic functions of government.

Our Governor reminded the legislature once again that we have an AAA bond rating from three major credit agencies. To understand the importance of AAA rating I like to use the analogy of credit cards for the average person. The higher rating received the higher limit available to spend. There’s really no different in the state’s ability to use bonding authority. In the last four years the state of South Dakota has increased its bonding authority $202 million with a total of $1.9 billion in outstanding bonds just under the SD Building Authority. If you would like to review any of the bonding you can do so at: sdlegislature.gov/Reference_ Materials/RequiredReports.aspx

Three goals Governor Daugaard set forth in his State of the State Address to reduce trafficking of methamphetamine before it enters South Dakota. A state wide campaign to educate people to prevent use and help those addicted to stop using meth. Some of the new proposal to address the increase in meth usage is a change to “Public Safety Improvement Act.” 1.) The continued effort to encourage treatment/ more directly targeting meth usage. 2.) Establish a short mandatory sanction of required jail time for anyone on probation or parole who fails a drug test and also, incentivizing the effective completion of treatment. 3.) Work to propose grants to expand HOPE 24/7 probation to all counties. I’ll be actively involved in supporting legislation to require “Random” drug testing for anyone receiving state assistance. No matter the geographic of our state the number one concern of local, tribal, state governments and citizens is the ongoing crisis facing our communities regarding “The meth epidemic.”

On Thursday, Jan. 12, Chairman Robert Flying Hawk delivered the State of the Tribes address. He called for continued efforts for unity between local, state and tribal governments to address the challenges facing the reservations by methamphetamine addiction and also the rise in heroin use.

I’ve been assigned to Transportation and Commerce/Energy committees.

As always you can contact me at the House Chamber number 773- 3851. Leave a phone number and I’ll call you back. The fax number is 773-6806. If you send a fax, address it to Rep. Elizabeth May. You can also email me at Elizabeth.May@sdlegislature.gov during session. You can keep track of bills and committee meetings at this link: legis.state.sd.us/ and you can also use this link to find the legislators, see what committees they are on, read all the bills and track the status of each bill, listen to committee hearings, and contact legislators.